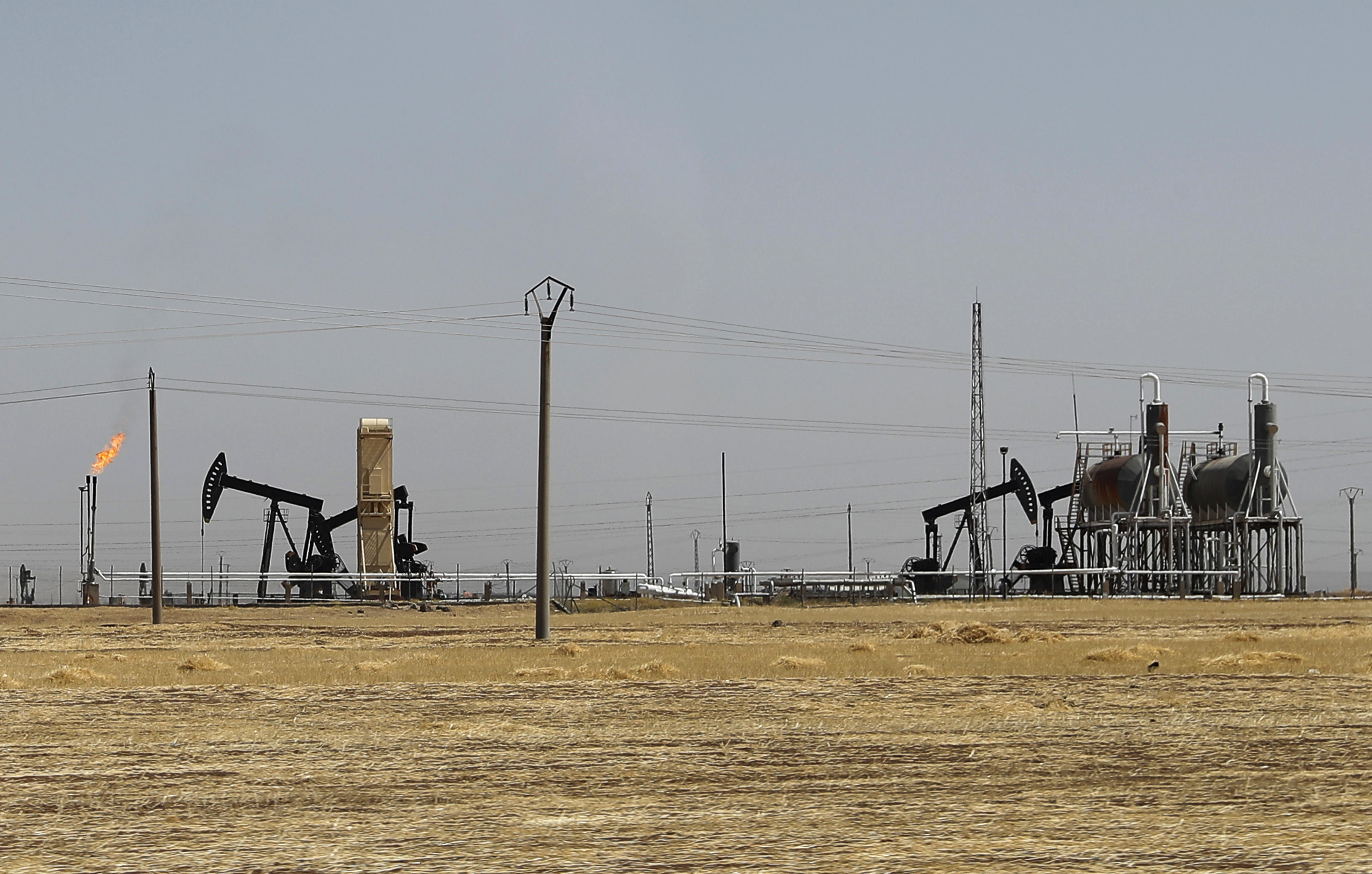 BEIRUT -- The U.S.-led coalition said allied fighters captured Syria's largest oil field from the Islamic State of Iraq and Syria (ISIS) on Sunday, marking a major advance against the extremists in an area coveted by pro-government forces.

With ISIS in retreat, the Kurdish-led Syrian Democratic Forces and the Syrian government have been in a race to secure parts of the oil-rich Deir el-Zour province along the border with Iraq.

The SDF, with air support from the U.S.-led coalition, said Sunday it captured the Al-Omar field in a "swift and wide military operation." It said some militants have taken cover in oil company houses nearby, where clashes are underway. The U.S.-led coalition confirmed the SDF had retaken the oil field.

The Britain-based Syrian Observatory for Human Rights said pro-government forces retreated from the area around Al-Omar field after coming under heavy fire from ISIS. The SDF said government forces are two miles away from the fields.

Syrian troops, backed by Russian warplanes and Iranian-sponsored militias, have retaken nearly all of the provincial capital of Deir el-Zour, as well as the town of Mayadeen, which is across the Euphrates River from the Al-Omar field.

The SDF have focused their operations in rural Deir el-Zour on the eastern side of the river, and have already seized a major natural gas field and other smaller oil fields.

Omar Abu Layla, a Europe-based activist from Deir el-Zour who monitors the fighting through contacts there, said SDF forces have seized control of the oil field but are still clashing with militants in the adjacent housing complex.

ISIS captured Al-Omar in 2014, when the group swept across large areas in Syria and neighboring Iraq. The field was estimated to produce around 9,000 barrels a day, making it a key source of revenue for the extremists. Its current potential is unknown, following a series of strikes on ISIS-held oil facilities by the U.S.-led coalition.

The government lost the al-Omar field to other insurgents in 2013.

Al-Manar TV, operated by Lebanon's Hezbollah, said the fight for Al-Omar was still underway and denied the SDF's claim to have captured it. The militant group is fighting alongside Syrian President Bashar Assad's forces.

The official Syrian news agency said troops have regained full control of Khosham, a town on the eastern side of the Euphrates River that they lost a day earlier to ISIS. The Observatory said parts of the town remain contested.

It's not clear how Syrian troops will respond to the SDF's seizure of Al-Omar. Assad has vowed to eventually bring all of Syria back under government control.

The two sides have accused each other of firing on their forces in Deir el-Zour province, but a rare face-to-face meeting of senior U.S. and Russian military officers last month appeared to have calmed tensions.

ISIS has suffered a series of major setbacks in recent months, including the loss of the Iraqi city of Mosul. On Tuesday, militias declared victory in Raqqa, the city ISIS once considered its capital.

But the Mosul victory came at a terrible price, CBS News' Holly Williams reported. To get rid of the extremists, they've destroyed the city, leaving hardly a building unscathed. U.S. coalition airstrikes have flattened many of them, and inadvertently killed civilians, according to survivors.

Rojda Felat, who was the commander of the Raqqa offensive, said the city will be rebuilt.

Most of the territory that ISIS once held has been seized by an array of Syrian and Iraqi forces.