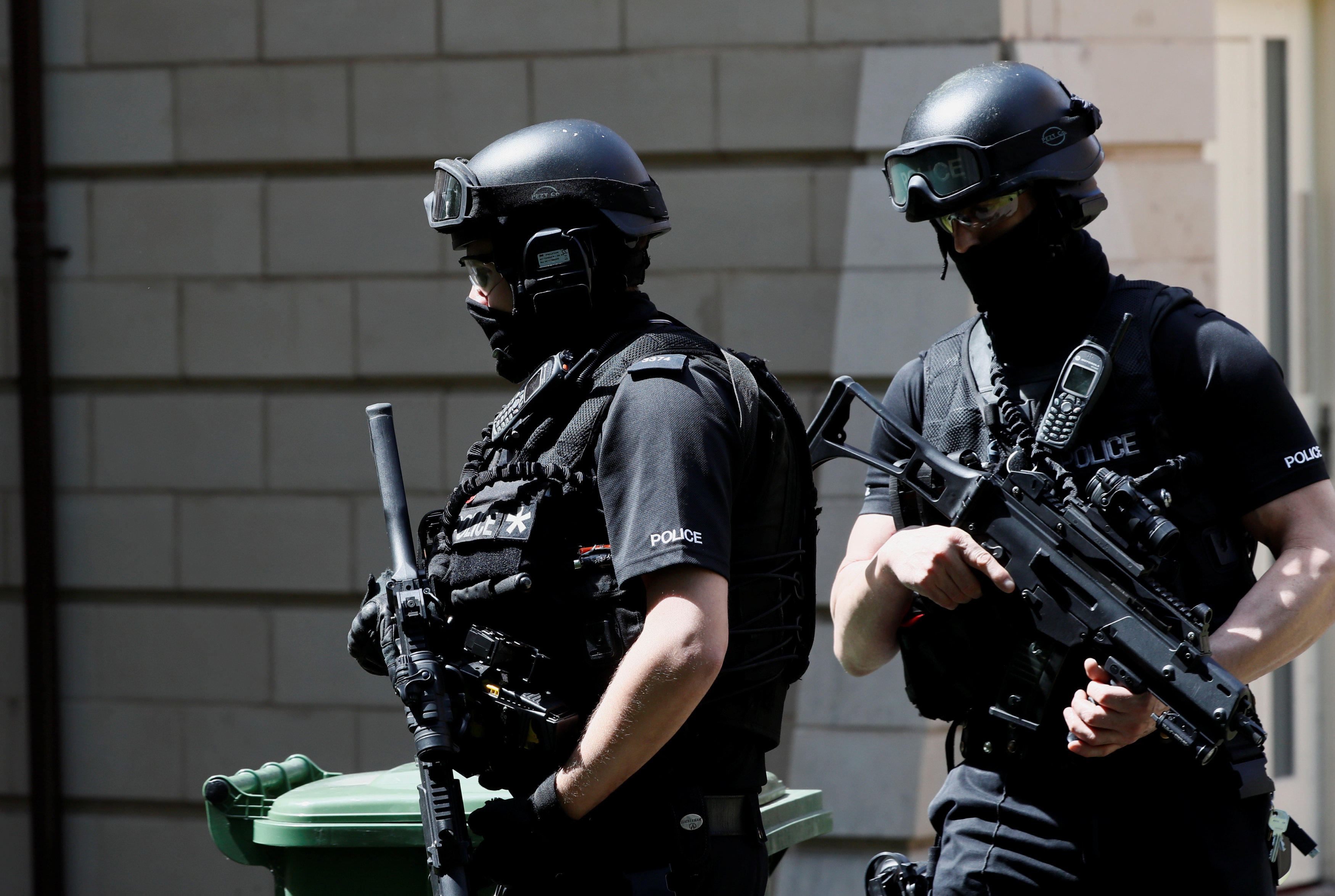 Multiple media outlets said Thursday, citing anonymous British intelligence sources, that the Greater Manchester Police would stop sharing information on their fast-developing investigation into the bombing with U.S. counterparts after someone within U.S. counterintelligence seemed to have leaked photos of Monday night's Manchester terrorist attack to the New York Times. British officials did not confirm the reports. But British authorities said the leaks compromise their investigation by telling the people they're hunting down what they know. British Prime Minister Theresa May in Brussels, Belgium, Thursday, said the relationship between the two nations is "built on trust, and part of that trust is knowing that intelligence can be shared confidentially."

"While we do not usually comment on information sharing arrangements ... having received fresh assurances, we are now working closely with our key partners around the world including all those in the 'Five Eyes' intelligence alliance," Rowley said.

President Trump described the leaks as "very troubling," and vowed to prosecute anyone involved. The president asked the Department of Justice to conduct a full review of the leaks.

Concerns over leaks is nothing new in Mr. Trump's administration -- the White House has been denouncing leaks to the media for months. But the issue becomes more sensitive when matters involve national security.

The president himself has shared sensitive and possibly highly classified Israeli intelligence about ISIS to Russian diplomats -- on the day after he fired FBI Director James Comey.