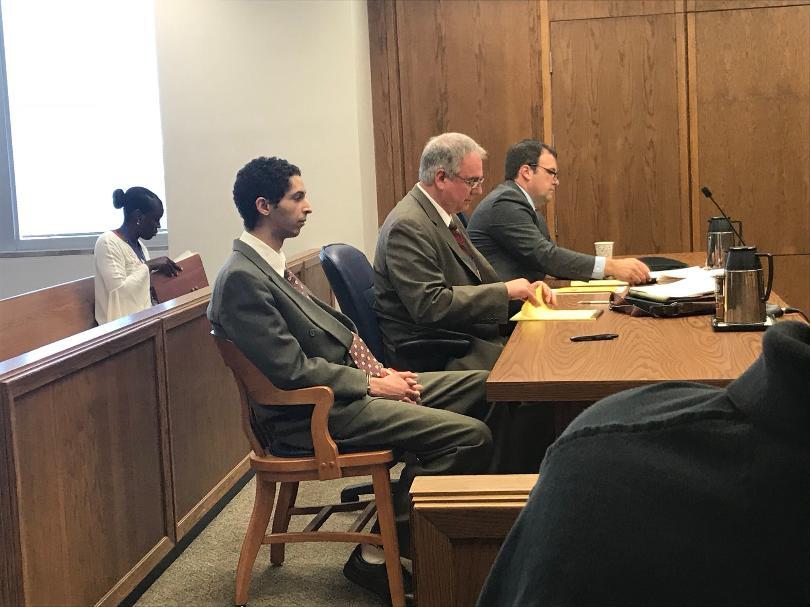 WICHITA, Kan. -- A California man pleaded guilty Tuesday to making a hoax call that ultimately led police to fatally shoot a Kansas man following a dispute between two online gamers over a $1.50 bet in a Call of Duty WWII video game.

Tyler R. Barriss, 26, admitted to making the false report resulting in a death, as well as cyberstalking and conspiracy related to the deadly "SWATting" calls in Kansas. The deal with prosecutors will send him to prison for between 20 and 25 years, if the judge accepts it. He had previously pleaded not guilty in Kansas.

"SWATting" is a form of retaliation sometimes used by gamers, who call police and make a false report to send first responders to an online opponent's address.

As part of the plea agreement with federal prosecutors, Barriss pleaded guilty to a total of 51 charges that included federal charges initially filed in California and the District of Columbia related to other fake calls and threats.

Defense attorney Richard Federico told the court his client is accepting responsibility and is attempting to "clear the deck" of all federal charges.

Barriss, wearing an orange prison jumpsuit, stood with his hands folded in front of him as he entered his pleas.

"Without ever stepping foot in Wichita, the defendant created a chaotic situation that quickly turned from dangerous to deadly," U.S. Attorney Stephen McAllister said in a news release. "His reasons were trivial and his disregard for the safety of other people was staggering."

In the case from the District of Columbia, Barriss pleaded guilty to two counts for making hoax bomb threats in phone calls to the headquarters of the FBI and the Federal Communications Commission in Washington, D.C.

His sentencing was set for Jan. 30.

Also charged as co-conspirators in the federal case in Kansas are online gamers Casey Viner, 18, of North College Hill, Ohio, and Shane Gaskill, 20, of Wichita. They have pleaded not guilty to charges including conspiracy to obstruct justice, wire fraud and other counts. Their trial is scheduled for Jan. 8 in U.S. District Court in Wichita.

Viner allegedly became upset at Gaskill while playing the popular online game. Authorities say Viner then asked Barriss of Los Angeles to "SWAT" Gaskill at an address that Gaskill had previously provided him.

Barriss is accused of calling Wichita police from Los Angeles on Dec. 28, 2017, to report a shooting and kidnapping at a Wichita address. Authorities say Barris researched the address Viner had given him for Gaskill and verified it was a home. When Gaskill noticed Barriss was following him on Twitter, he began communicating with Barriss through direct messages in which he also gave him that same old address and dared him to "SWAT" him.

"Please try some s---. I'll be waiting," Gaskill wrote in the direct messages cited in the indictment.

A police officer responding to the call fatally shot the new resident Andrew Finch, 28, after he opened the door.

It is unclear what will become of separate state charges. Barriss is scheduled for a separate Jan. 7 trial in Sedgwick County District Court on state charges of involuntary manslaughter, giving a false alarm and interference with a law enforcement officer.