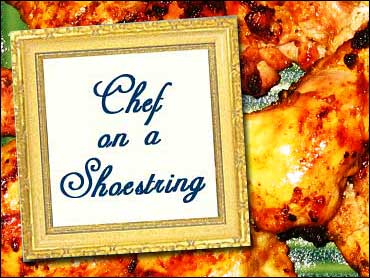 The teams are the same, the MVPs are different and the home-court advantage doesn't belong to the Bulls anymore.

Chicago and Utah begin their rematch in the NBA Finals at the Delta Center on Wednesday night, with Michael Jordan going after his sixth ring and Karl Malone and John Stockton looking for their first.

The Jazz will be coming off 10 days of rest since sweeping the Los Angeles Lakers in the Western Conference finals. It is the second-longest layoff in NBA playoff history.

"They're waiting, they're hungry and they feel the pain from when we beat them last year," Jud Buechler said after Chicago defeated the Indiana Pacers 88-83 Sunday night in Game 7 of the Eastern Conference finals.

"We may be a little tired, but our hearts are not tired," Jordan said.

Therein may lie the key, the one intangible on which this series may turn. No one has ever doubted the heart and unstoppable will of Jordan.

And then there's Karl Malone. He, too, plays with much heart. But he is not Jordan.

During last year's finals, one significant storyline was the MVP debate. Malone beat Jordan in the MVP vote and almost seemed surprised that he would be expected to back up the honor.

It was the sort of pressure Jordan routinely thrives on. Malone didn't.

In Game 1, he missed two free throws with 9.2 seconds left that could have given Utah a three-point lead. Jordan then hit a jumper at the buzzer for the one-point win. Malone sheepishly admitted afterward that Jordan is a better player.

In Game 5, Malone had as many baskets (one) as air balls in the fourth quarter, then selfishly refused to commit his sixth foul when the Jazz needed to stop the clock with less than 10 seconds left. Scottie Pippen dribbled around Malone, fed Luc Longley for a dunk and the Bulls went ahead 3-2 in the series.

This year, Malone won't have to justify any awards. But he'll still be going for the championship that has eluded him through an otherwise magnificent 13-year career.

That goal will be at odds with the Bulls' quest to add to their jewelry collection before they go their separate ways.

Coach Phil Jackson has been calling these playoffs the "Last Dance," with the expectation the Bulls will be broken up at after the season despite chairman Jerry Reinsdorf's stated inclination to offer everyone one-year contracts if the team wins a championship.

It's another similarity to last year's finals, when Jackson was using his off days to interview for coaching jobs.

Even so, the felling of an impending breakup has been stronger this spring. Practically the entire team will be free agents this summer.

Pippen has wanted a megacontrat for years, and his dissatisfaction with Bulls management appears irreparable.

Jordan has mulled retiring, and the All-Star game and every Bulls road trip was treated like a farewell tour before he backed off his earlier stance that he would refuse to play for any coach but Jackson.

Utah and Chicago finished the regular season with 62-20 records. The Jazz have the home-court advantage because they swept the two-game season series.

The Jazz had the second-best home record in the league (36-5), and their arena is one of the loudest. Still, the cobweb factor figures to play a part in the first game.

"One time, I had eight days off waiting for the championship, and there is no way to stay in game shape," Pacers coach Larry Bird said. "So Chicago has a chance to go out there and get a game.

Game 2 is Friday night before the series shifts to Chicago for Games 3, 4 and 5.

The Bulls aren't playing as well as they were when they went into the finals in 1996 and 1997. They have had trouble closing out opponents in fourth quarters, a symptom that first surfaced during the season and carried over to the playoffs against New Jersey, Charlotte and Indiana.

The Bulls had excellent opportunities to win all seven of the games in the Eastern Conference finals. They blew three of them with missed free throws as well as a slip (Game 6) and a spin-out shot (Game 4) from Jordan.

Jordan has been missing more late shots than usual, perhaps because he is playing more minutes as Jackson shortens his bench. This year, the Bulls don't have a player like Brian Williams, who made big contributions against the Jazz last year when Dennis Rodman was a non-factor much like he was in the Pacers series.

"Dennis is struggling with coming off the bench and accepting what his role is right now," Jackson said. "He'll have a different role in the next series and it'll be his turn to shine. If we're going to win, he's going to have to play great."

The Jazz will have their own problems trying to guard Jordan. Bryon Russell and Shandon Anderson drew the assignment last year, and did not do well.

Coach Jerry Sloan decided not to double-team Jordan at the end of Game 1 last year, and it cost him. When he doubled Jordan in Game 6, Steve Kerr was left wide open for the series-winning shot.

Jordan and the Bulls always seem to make those plays, while the Jazz have yet to show they can perform up to Chicago's standard in the championship spotlight.

"No one's taken anything away from us," Jordan said. "We still have what we have and an opportunity to maintain it."