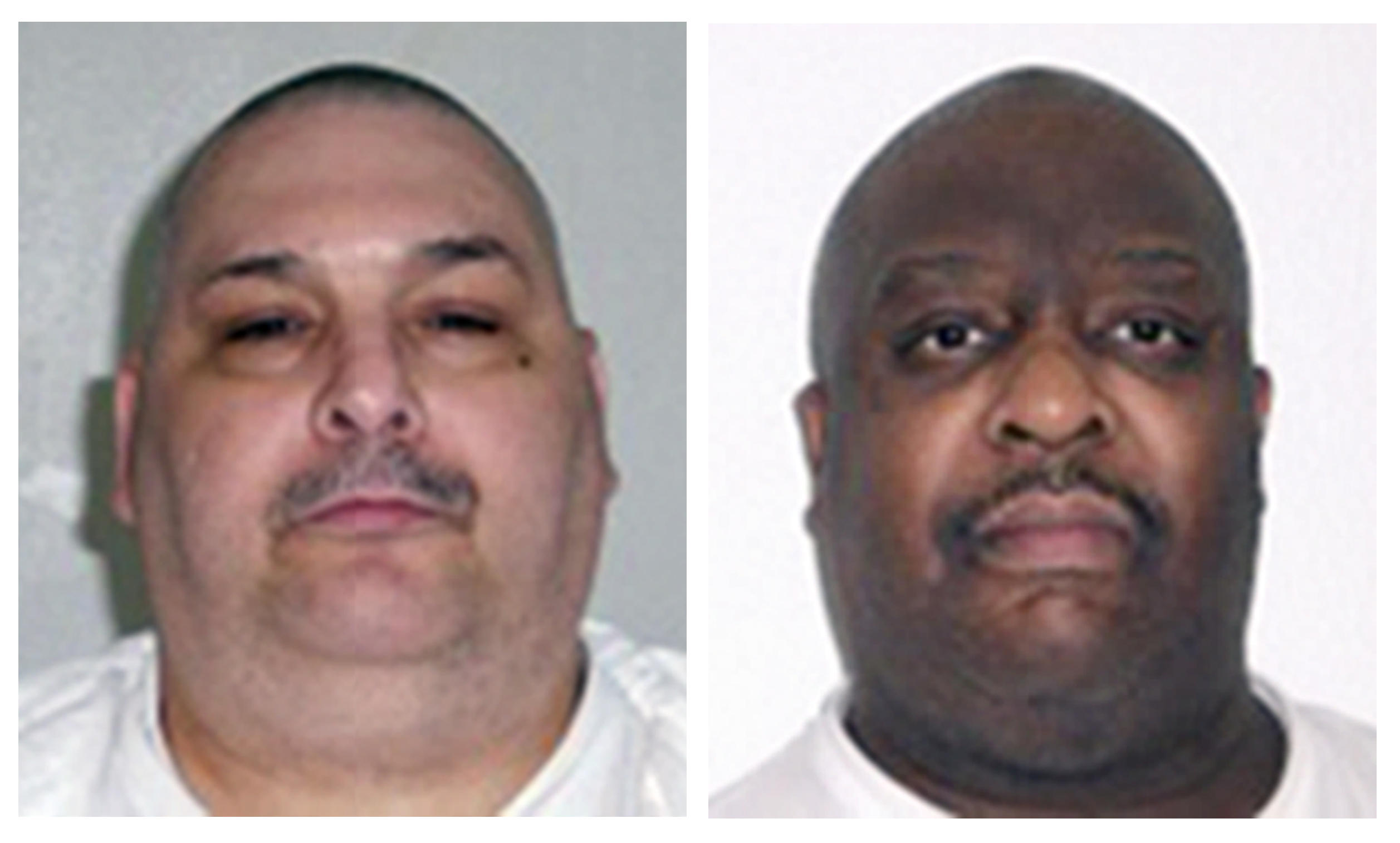 LITTLE ROCK, Ark. -- Two Arkansas inmates scheduled to be put to death Monday in what could be the nation’s first double execution in more than 16 years have asked an appeals court to halt their lethal injections because of poor health.

Lawyers for Jack Jones and Marcel Williams asked the 8th Circuit Court of Appeals on Sunday to grant them stays of execution.

Jones’ lawyers say he suffers from diabetes and is on insulin, has high blood pressure, neuropathy and had one leg amputated below the knee. He is on heavy doses of methadone and gabapentin. They say he may be resistant to the lethal injection drug midazolam because of the drugs he is taking for his maladies and could suffer a “tortuous death.”

Lawyers for Williams say he weighs 400 pounds and it will be difficult to find a vein for lethal injunction, so the drugs are unlikely to work as intended.

The state said the appeals are just delaying tactics and should be denied. It was not clear when the appeals court will rule.

Arkansas originally wanted to execute eight inmates in 11 days by the end of April when its supply of midazolam expires. It put to death Ledell Lee last week in the state’s first execution since 2005. But four of the eight inmates have had their executions blocked by the courts.

Jones and Marcel Williams are scheduled to die on Monday and another inmate, Kenneth Williams, is set for execution Thursday. Both Jones and Williams have admitted they are guilty. Williams was sent to death row in 1994 for the rape and murder of Stacy Errickson. Jones was given the death penalty for the 1995 rape and murder of Mary Phillips.