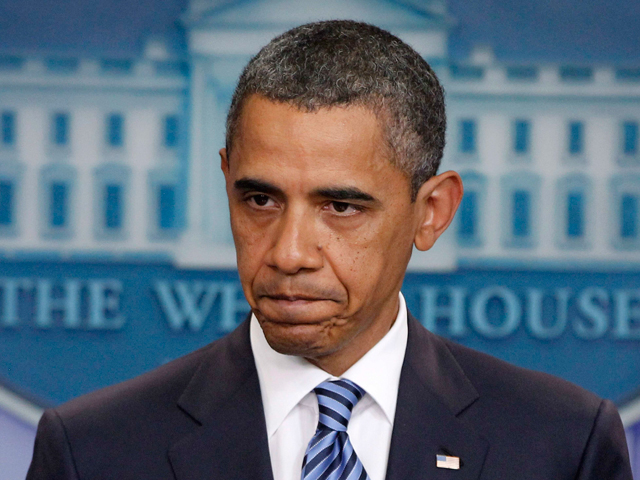 President Obama will respond to "tweets," questions from Twitter followers across the country. The White House hoped the event would focus on jobs and the economy. Officials said Twitter would choose the questions based partly on how often they were "retweeted."

The president will not be held to Twitter's 140-character limit. White House Press Secretary Jay Carney said, "He's the leader of the free world. He decides how short his answers will be."

The president will deliver his answers to a live audience at 2 p.m. ET today while staffers summarize his responses on Twitter.

It's not the first time the Obama White House has opted for social media in a broad-based communications strategy. The president held similar events on YouTube and Facebook. White House Communications Director Dan Pfeiffer told reporters, "We've entered a different information age where people get news and information in a different way than they did in the past."

The effort also resembles previous administrations' efforts to "go around" White House reporters and the "traditional" media. Through the years, presidents from both parties have tried news conferences with regional reporters, out of town question and answer sessions with voters and other events away from what presidents often describe as "the Washington bubble."

Colin Delaney, founder and editor of epolitics.com, a website devoted to online politics told CBS Radio News the Twitter forum is a way for the White House to "deliver their message unfiltered." Delaney noted, "This is a way for them to get their message out directly at a point when a lot of people are paying attention."

The event could also be a treasure trove of issues and information for the Obama campaign and the president's potential 2012 GOP opponents. Both sides can mine the tweets for voter attitudes. The White House planned to display screens behind the president showing a national "heat map" pinpointing where the tweets were concentrated along with the volume and topics of tweets. In the hours before the event, thousands and thousands of people submitted questions and comments.

Twitter followers used the hash tags #askobama and #townhall to post and provoke questions for the president. Interest groups worked to mobilize their forces to send questions aimed at influencing the conversation. Political adversaries and critics attempted to use the event to shape the ongoing debt and deficit debate. , "Will you outline a plan #4jobs-other than more spending for the American people?"

The conservative Heritage Foundation posted, "You said your stimulus plan would keep unemployment below 8%. Do you agree that was a trillion dollars wasted?"

An Obama backer weighed in with, "What are the best ways for us-ur supporters-to influence Congress on these go-nowhere debt ceiling &budget talks?"

The Obama campaign urged allies to join in the conversation. Others lobbied for their own causes. There were posts calling for legalization of marijuana. And @servicewomen called for questions "to end military sexual assault." Interest groups worked to stir up attention to causes including education, health care, gay rights, concerns about nuclear energy and immigration reform.

Some viewed the event as a national complaint department. They griped about high gas and food prices, federal high speed rail investment and foreign aid. There were pleas for face time with the president. "Can I meet u Mr.President," asked one person. Another wondered, "can u shoot some hoops with us?"