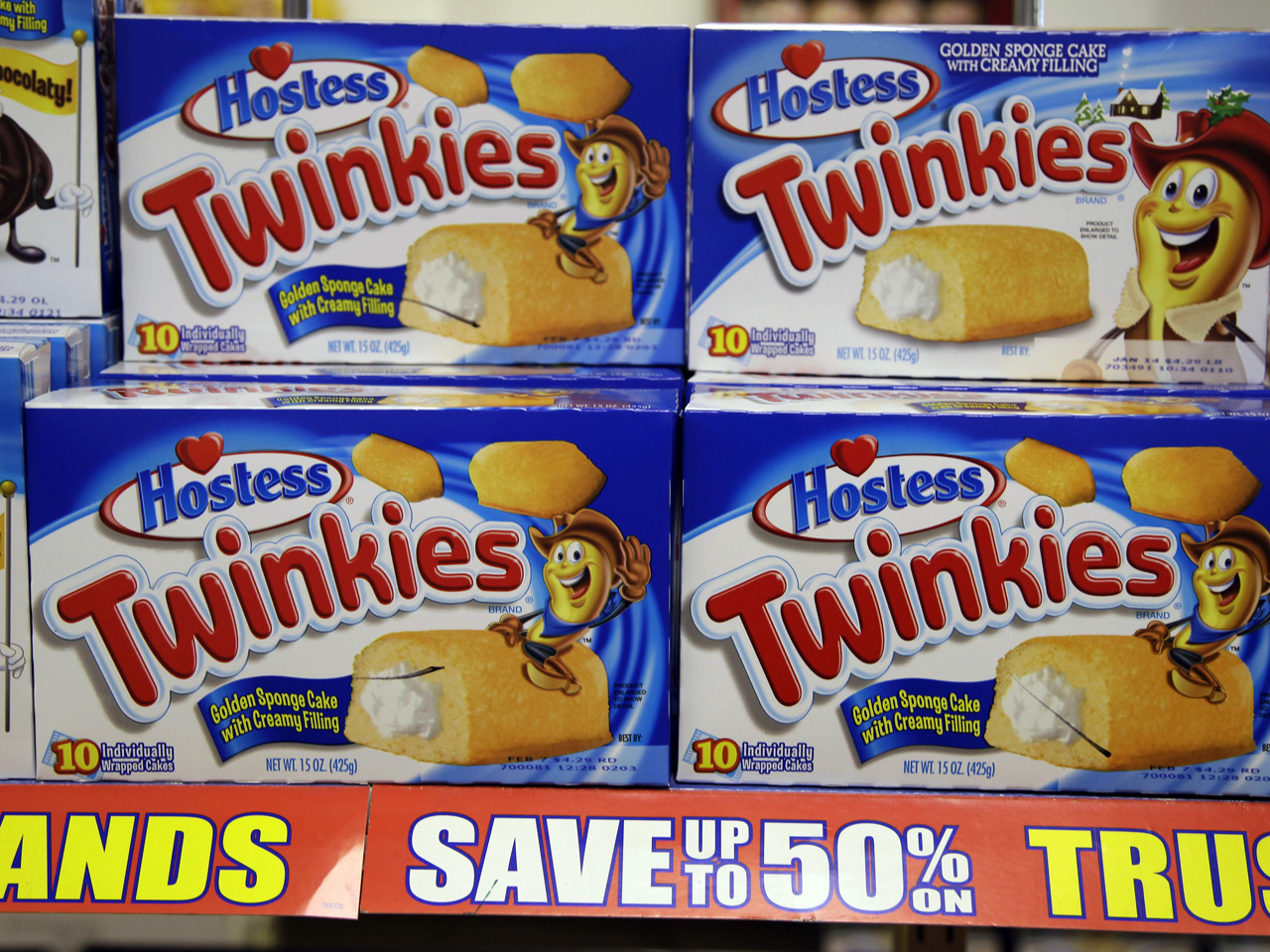 The tasty cream-filled golden spongecakes are likely to survive, even though their maker will be sold in bankruptcy court.

Hostess Brands Inc., baker of Wonder Bread as well as Twinkies, Ding Dongs and Ho Ho's, will be in a New York bankruptcy courtroom Monday to start the process of selling itself.

The company, weighed down by debt, management turmoil, rising labor costs and the changing tastes of America, decided on Friday that it no longer could make it through a conventional Chapter 11 bankruptcy restructuring. Instead, it's asking the court for permission to sell assets and go out of business.

But with high brand recognition and $2.5 billion in revenue per year, other companies are interested in bidding for at least pieces of Hostess. Twinkies alone have brought in $68 million in revenue so far this year, which would look good to another snack-maker.

"There's a huge amount of goodwill with the commercial brand name," said John Pottow, a University of Michigan Law School professor who specializes in bankruptcy. "It's quite conceivable that they can sell the name and recipe for Twinkies to a company that wants to make them."

Hostess has said it's received inquiries about buying parts of the company. But spokesman Lance Ignon would not comment on analysts' reports that Thomasville, Ga.-based Flowers Foods Inc. and private equity food investment firm Metropoulos & Co. are likely suitors. Metropoulos owns Pabst Brewing Co., while Flowers Foods makes Nature's Own bread, Tastykake treats and other baked goods. Messages were left for spokesmen for both companies on Sunday.

"We think there's a lot of value in the brands, and we'll certainly be trying to maximize value, both of the brands and the physical assets," Ignon said Sunday. He said it's possible some of Hostess' bakeries will never return to operation because the industry has too much bakery capacity.

Little will be decided at Monday afternoon's hearing before Bankruptcy Judge Robert Drain, Pottow said. The judge eventually will appoint a company that specializes in liquidation to sell the assets, and the sale probably will take six months to a year to complete, Pottow said.

The company said it was saddled with costs related to its unionized workforce. The company had been contributing $100 million a year in pension costs for workers; the new contract offer would've slashed that to $25 million a year, in addition to wage cuts and a 17 percent reduction in health benefits.

Management missteps were another problem. Hostess came under fire this spring after it was revealed that nearly a dozen executives received pay hikes of up to 80 percent last year even as the company was struggling.

Then last week thousands of members of the Bakery, Confectionery, Tobacco Workers and Grain Millers International Union went on strike after rejecting the company's latest contract offer. The bakers union represents about 30 percent of the company's workforce.

By that time, the company had reached a contract agreement with its largest union, the International Brotherhood of Teamsters, which this week urged the bakery union to hold a secret ballot on whether to continue striking. Although many bakery workers decided to cross picket lines this week, Hostess said it wasn't enough to keep operations at normal levels.

The company filed a motion to liquidate Friday. The shuttering means the loss of about 18,500 jobs. Hostess said employees at its 33 factories were sent home and operations suspended. Its roughly 500 bakery outlet stores will stay open for several days to sell remaining products.

News of the decision caused a run on Hostess snacks at many stores around the country, and the snacks started appearing on the Internet at inflated prices.