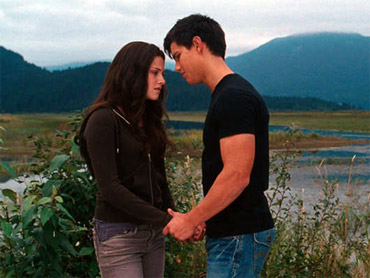 "The Twilight Saga" has rung up another record midnight hour.

"The Twilight Saga: Eclipse" took in more than $30 million from midnight screenings Wednesday, according to distributor Summit Entertainment.

That surpassed the previous midnight record of $26.3 million set on opening day last November by its predecessor, "The Twilight Saga: New Moon."

Summit was still counting the numbers and was not expected to have a final overnight number until Thursday. But Summit reported the figure was likely to come in significantly higher than $30 million.

The huge start for "Eclipse" puts the latest chapter in the vampire-romance series on track for one of the biggest opening days ever.

"New Moon" also holds that record, taking in $72.7 million in its first day.

The new midnight record is even more impressive considering "Eclipse" managed it in the middle of the week. "New Moon" opened on Friday, typically a busier day at theaters.

With the Fourth of July weekend ahead, "Eclipse" is positioned for a colossal first five days. The record five-day haul for a movie opening on Wednesday is $200 million for last year's "Transformers: Revenge of the Fallen."