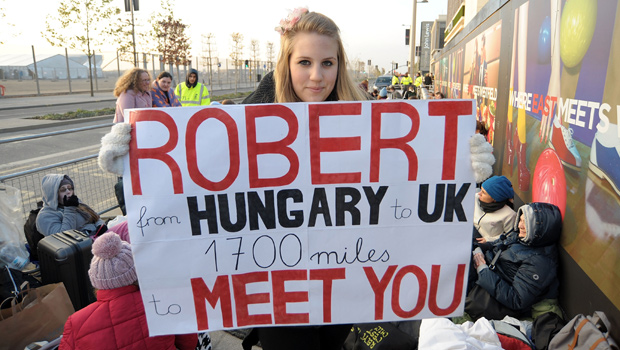 (CBS/AP) Twi-hards in London took a cue from American Twilight fans, whocamped out to catch a glimpse of the stars at the Los Angeles premiere, and set up their own camp for the London premiere of "The Twilight Saga: Breaking Dawn - Part 1" tonight, Nov. 16.

U.K. fans of the "Twilight" trio may be disappointed as Kristen Stewart, who plays Bella Swan in the film, will not be attending the premiere. But fans of the film's heartthrobs vampire Edward Cullen and werewolf Jacob Black will have a lot to scream for: Robert Pattison and Taylor Lautner will both be on the red carpet.

The movie opens nationally Nov. 18 and of course serious "Twilight" fans have already bought their tickets in advance.

In "Breaking Dawn - Part 1," twi-hards finally get to see Edward Cullen and Bella Swan seal their vows and consummate their relationship on their honeymoon.

"Breaking Dawn - Part 1" is the first installment of the "Twilight" movies series. The second part will reach theaters in the summer of 2012.