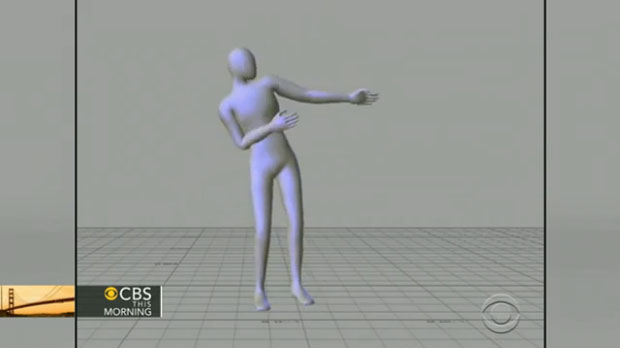 Apparently, Charles Darwin's work can be applied to even the most basic human movement -- dancing -- as a study by Northumbria University and University of Gottingen shows.

A group of evolutionary biologists have figured how exactly which dance movement catch a woman's eye, especially since "dancing ability, particularly that of men, may serve as a signal of male mate quality...and thus, affect women's perceptions of men's attractiveness," according to the study.

Isolating specific dance moves, as the researchers noted, is extremely difficult with so many other qualities -- such as facial attractiveness, body shape and perceived socioeconomic status -- play a role in judging prospective mates.

Using a sample of 30 men, participants were asked to dance to the same drum beat for 30 seconds. Their dance routines were later mapped out onto virtual "featureless gender-neutral" avatars, which 37 women then rated -- on a seven-point scale -- for dance quality.

Analysis focused on three body regions: legs, including knees, hips and ankles; arms, including shoulder, elbow and wrist; and the central body, which included neck and torso.

Women rated dancers highly, when the dancer demonstrated larger and more variable movements of the head, neck and torso. Speed of the leg movements mattered too, especially for dancers bending and twisting their right knee -- that dance move often scored higher with women as well.

There may be something true to the "two left feet" adage, after all. More left-legged dance movement often received lower marks from their female judges. This is perhaps "to be expected," note the researchers, as 80 percent of individuals are right-footed.

Finally, good news for all the the male dancers: arm movements did not negatively impact perceived dance skills. Whether you are waving them like you just don't care or your arms are at your side, there were no perceived relationships between arm movement and dancing ability.

Based on this study, researchers suggest that dance movements may form honest signals of traits such as health, fitness, genetic quality and developmental history. However, they say the hypothesis has yet to be confirmed.