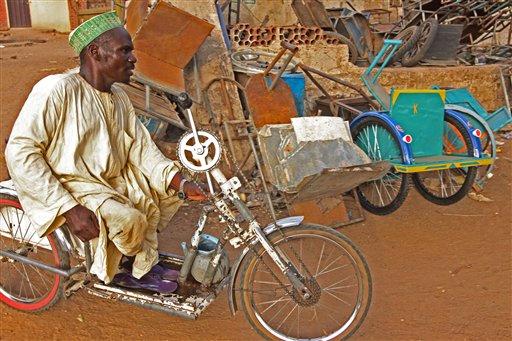 Ticked off by the TV? Turn it off — anywhere.

A new keychain gadget that lets people turn off most TVs — anywhere from airports to restaurants — is selling at a faster clip than expected.

"I thought there would just be a trickle, but we are swamped," the inventor, Mitch Altman of San Francisco, said. "I didn't know there were so many people who were into turning TV off."

Hundreds of orders for Altman's $14.99 TV-B-Gone gadget poured in after the tiny remote control was announced in Wired magazine and other online media outlets. At times, the unexpected attention overloaded and crashed the Web site of his company, Cornfield Electronics.

The keychain fob works like a universal remote control — but one that only turns TVs on or off. With a zap of a button, the gizmo goes through a string of about 200 infrared codes that controls the power of about 1,000 television models. Altman said the majority of TVs should react within 17 seconds, though it takes a little more than a minute for the gizmo to emit all the trigger codes.

Altman, 47, first got the idea for TV-B-Gone a decade ago when he was out with friends at a restaurant and they found themselves all glued to the perched TV instead of talking to each other. No one was around to turn the TV off.

The self-described geek with a master's degree in electrical engineering started tinkering full time on the project a few years ago with help from money he had earned from a company he co-founded, data-storage maker 3ware Inc.

Altman remembers spending most of his childhood unwittingly captivated by TV, watching shows like "Gilligan's Island" and others, regardless of whether they were entertaining.

He quit as an adult and hasn't owned a television in 24 years.

He has tested the TV-B-Gone remote discreetly in many places, including in other countries, and says he usually gets little to no reaction from others after the background TV noise and glare disappears.

But he said he would never dare silently kill the machines in places like sports bars, where patrons expect TVs to be on.

"I can be mischievous, but I'm not going to do anything malicious, and I don't want to make anyone's life more difficult," Altman said. "I just don't like TV, and I'd like people to think more about this powerful medium in their lives."