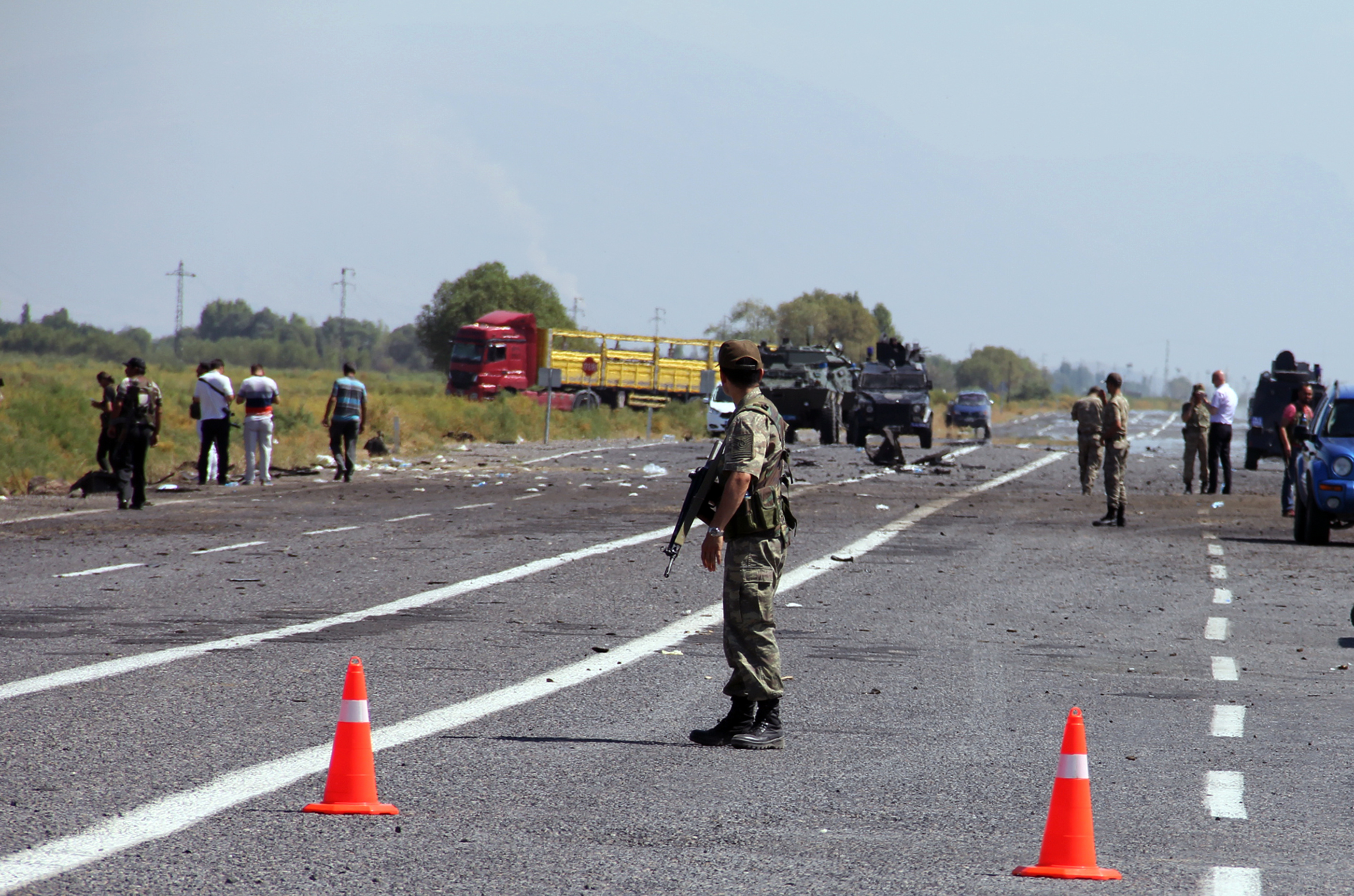 ANKARA, Turkey -- Turkey deployed ground forces across the border into northern Iraq on Tuesday for the first time since 2011, stepping up its battle against Kurdish rebels who have stung the Turkish military with a string of attacks in recent weeks.

The move, however, could frustrate the U.S.-led alliance's efforts against the Islamic State of Iraq and Syria (ISIS) group because Turkey is now hunting down the very fighters who are trying to hold back the militant group from taking more territory in Syria and Iraq.

Turkish authorities haven't given a specific timeframe for the operation in northern Iraq, although one official said it was a "short-term" offensive to root out rebels. Turkish jets also carried out more airstrikes against rebel camps in the region.

The cross border operations came amid a wave of attacks by the rebels of the Kurdistan Workers Party, or PKK, that killed at least 31 soldiers and police since Sunday.

Turkey, a NATO ally, signed up for a more active participation in the U.S.-led coalition, after a deadly suicide bombing in July blamed on IS. It has allowed U.S. warplanes and drones to take off for missions against IS in Syria and its jets have struck IS targets near its border, in Syria.

But the country's main focus has been its fight against the PKK, which has waged a decades-long insurgency for Kurdish autonomy. President Recep Tayyip Erdogan has said in comments reported by the Turkish media that IS is a lesser threat to Turkey than the PKK.

Turkey's ground and aerial incursions against the PKK pose a difficult situation for the U.S.-led coalition. The Kurds are doing much of the fighting against IS across the border in Syria and in northern Iraq. The PKK, which maintains bases in northern Iraq, has fought alongside Iraqi Kurdish peshmerga forces, notably in Shingal, a predominantly Kurdish town which was taken by IS during last year's blitz.

"Turkey could not have helped Daesh more if it had tried," said Nazmi Gur, a former legislator who is in charge of Turkey's pro-Kurdish party's foreign relations, in reference to Tuesday's ground incursion in pursuit of the PKK. He was using an alternative acronym for IS.

Critics accuse Erdogan of re-igniting the fighting with the Kurds, after more than two years of peace efforts, for electoral gains. Opponents say he aims to rally nationalist votes around the ruling Justice and Development Party, or AKP, and discredit a pro-Kurdish party whose electoral gains in an election in June deprived the AKP which he co-founded of its parliamentary majority. Erdogan denies the accusation.

However, the Turkish leader has also suggested that strong single-party rule after a new election called for Nov. 1 would help end the turmoil.

The Turkish troops crossed the border as part of a "hot pursuit" of the PKK rebels, who were involved in a roadside bomb attack that killed 16 soldiers on Sunday, the government official said.

"This is a short-term measure intended to prevent the terrorists' escape," the official said on condition of anonymity in line with government rules that bar officials from speaking to reporters without prior authorization.

The official didn't say how many troops crossed into Iraq, or exactly how long the operation would last.

Turkey's military has carried out numerous airstrikes and ground incursions into Iraqi territory in pursuit of the PKK over the past decades, but Tuesday's raid was the first since 2011.

On Tuesday, the rebels detonated a bomb in the eastern province of Igdir as a police vehicle escorting a group of customs officials to a border gate was passing by, the state-run Anadolu Agency reported. Fourteen police officers were killed while others were wounded in the attack. Another policeman died in a shooting in the nearby province of Tunceli.

The 16 soldiers were killed in a similar attack by the PKK on Sunday. It was the deadliest assault on Turkish security forces since the renewed fighting erupted in July, derailing a peace process with the Kurds.

The state-run news agency said 53 Turkish jets had carried out airstrikes against a group of Kurdish rebels as well as six militant camps in northern Iraq. It said up to 40 rebels died in the overnight aerial operations.

Protests denouncing the PKK erupted in several cities across Turkey after the military announced the 16 soldiers' deaths. The pro-Kurdish political party said several of its local branches were vandalized during the demonstrations.

On Tuesday, protesters attacked the party's headquarters in Ankara, breaking its windows and starting a fire on the ground floor. The fire was extinguished and three people inside were safely evacuated, the party said.

More than 200 people have been killed in the renewed fighting between the PKK and the security forces since July, including around 100 soldiers and police officers.