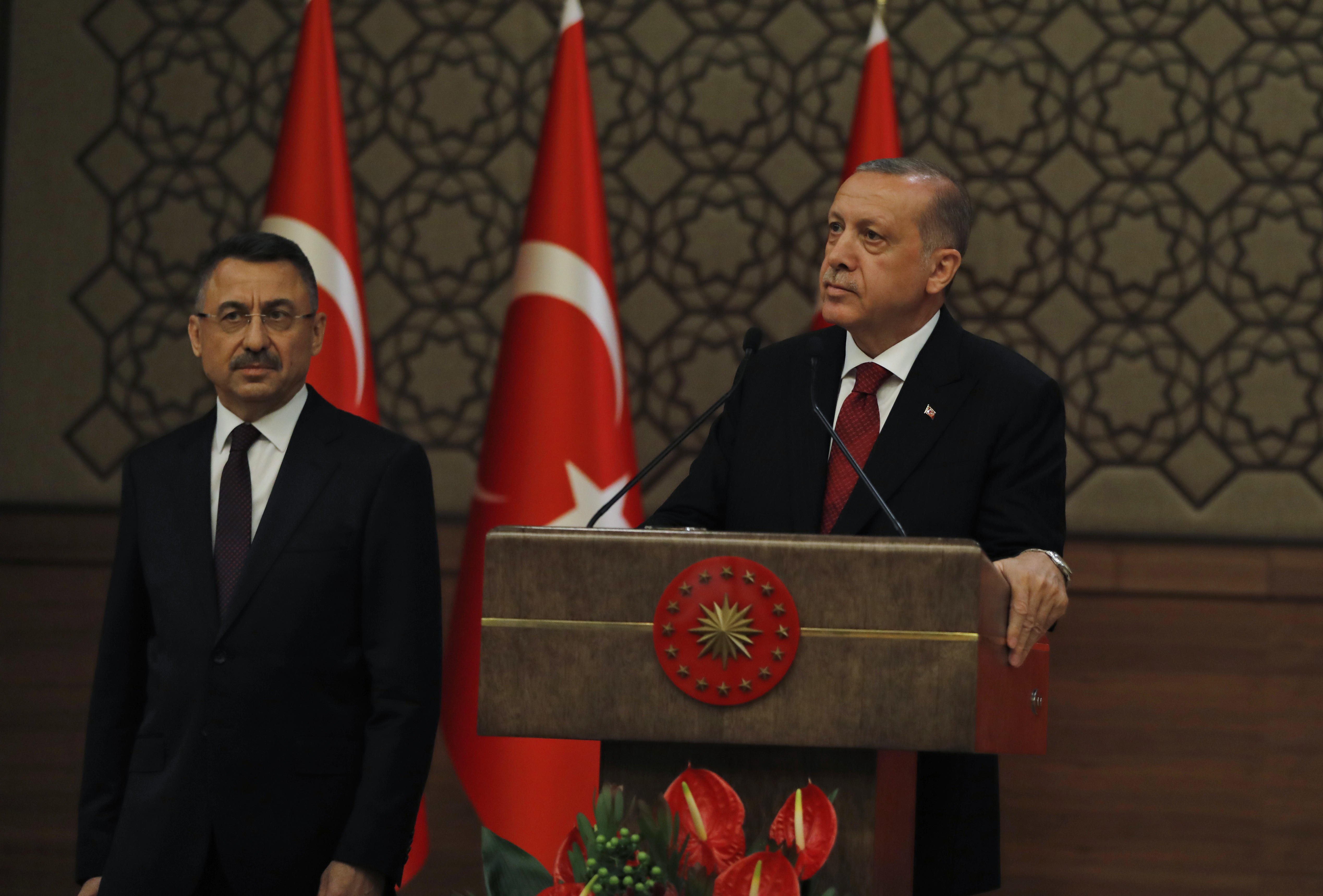 ANKARA, Turkey -- Turkey announced Wednesday that it is increasing tariffs on imports of certain U.S. products as a local court denied an American pastor's appeal to be released from house arrest -- both moves which could escalate a feud with the United States that has helped trigger a currency crisis. In a decision announced in the Official Gazette, Ankara said it will impose extra tariffs on imports of products including rice, vehicles, alcohol, coal and cosmetics.

Tariffs on American cars were doubled to 120 percent while the tariff on alcoholic drinks rose to 140 percent. Turkey's Vice President Fuat Oktay said on Twitter that the tariffs on certain products were increased "within the framework of the principle of reciprocity in retaliation for the deliberate economic attacks by the United States."

A local court in Izmir, meanwhile, rejected the appeal by Pastor Andrew Brunson to be released from house arrest pending his trial on espionage and terrorism-related charges.

A higher Turkish court was still considering the appeal and Brunson's lawyer, Ismail Cem Halavurt, told CBS News on Wednesday that he would not consider the appeal formally rejected until the higher court issues it's ruling. He said that was likely to happen by the end of business on Wednesday. A previous appeal by Brunson was rejected at the end of July.

The Trump administration imposed its own financial sanctions on two Turkish ministers and doubled steel and aluminum tariffs on the country earlier this month as President Donald Trump tries to secure the Brunson's release.

The Turkish lira has dropped to record lows in recent weeks, having fallen some 42 percent so far this year. The currency strengthened to around 6.20 lira against the dollar on Wednesday after the government took steps to shore up the currency by reducing the daily limit in bank foreign currency swap transactions and amid news that the finance minister would address foreign investors on Thursday.

Investors are worried not only about Turkey's souring relations with the U.S., a longtime NATO ally, but also Turkish President Recep Tayyip Erdogan's economic policies and the country's high debt accumulated in foreign currencies.

Turkey has accused the United States of waging an "economic war" as part of a plot to harm the country.

The decision to impose new tariffs came a day after Erdogan said Turkey would boycott U.S. electronic goods, singling out iPhones. He suggested Turks would buy local or Korean phones instead, although it was unclear how he intended to enforce the boycott.