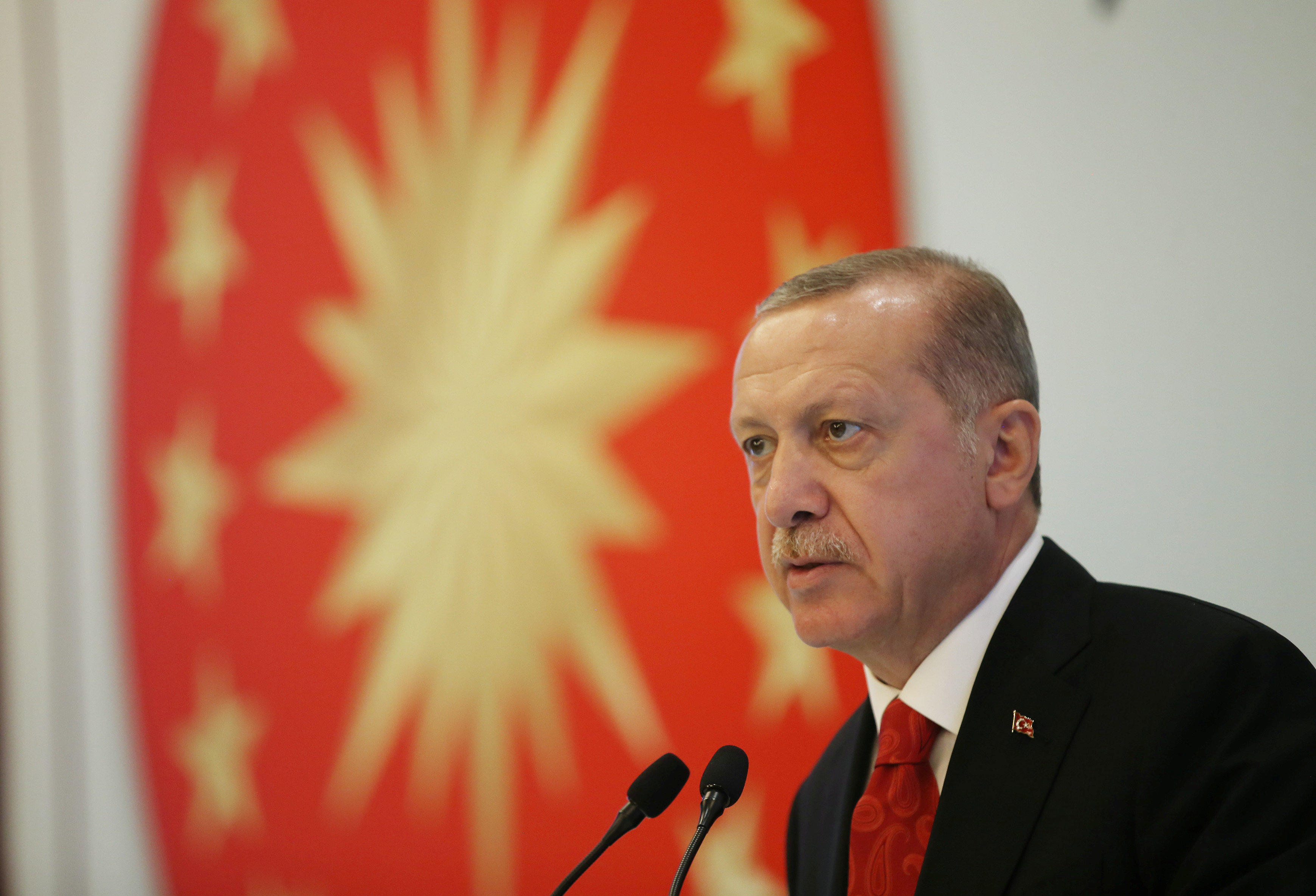 ANKARA, Turkey -- Turkey's central bank announced a series of measures on Monday to free up cash for banks as the country grapples with a currency crisis sparked by concerns over President Recep Tayyip Erdogan's economic policies and a trade and diplomatic dispute with the United States. The Turkish lira has nosedived over the past week and tumbled another 7 percent on Monday as the central bank's measures failed to restore investor confidence.

The dispute with the U.S. has centered on the continued detention of American pastor Andrew Brunson, who is on trial for espionage and terror-related charges. The U.S. has responded by slapping financial sanctions on two ministers and later doubled steel and aluminum tariffs on Turkey, driving the concerns over Turkey's economy which are rattling international financial markets.

But Turkey's foreign minister said the U.S. wouldn't achieve its aims by exerting pressure and imposing sanctions. Addressing a conference in Ankara gathering Turkish ambassadors, Mevlut Cavusolgu called on the U.S. to "remain loyal to ties based on traditional friendship and NATO alliance."

"We support diplomacy and negotiations but it is not possible for us to accept impositions," Cavusolgu said.

Turkey's currency hit a record low of 7.23 per dollar late on Sunday after Erdogan, in a series of speeches over the week, showed no sign of backing down in the standoff against the United States.

Multiple institutions announced Monday similar warnings against those responsible for the crisis.

The Istanbul Public Prosecutor's office announced it had begun investigating "those who had taken actions which threatened economic stability." The Capital Markets Board of Turkey issued a similar warning to those who spread "lies, false or misleading information, news or analysis."

Investors question whether Erdogan's government can cope with the plunging currency, the diplomatic spat with Washington and other problems. Erdogan has accumulated more and more control over Turkey's financial system and central bank.

"Turkey's financial crisis has taken center stage, displacing trade wars as the immediate concern," said analyst Eugene Leow of DBS Group said in a report. Worries are building that "this may lead to contagion" across emerging markets, said Leow. "We fail to see how the crisis can be resolved without external support," but an International Monetary Fund support package will be difficult "given Turkey's current political situation."

Erdogan last week ruled out the possibility of higher interest rates, which economists say are needed to stabilize the currency. And he threatened to seek new alliances and partners and warned of drastic measures if businesses withdraw foreign currency from banks.

Simon Derrick, chief currency strategist at BNY Mellon, said that in the absence of a decisive rate hike, "it is...hard to look at these announcements as being anything more than temporary calming measures, rather than solutions to the problems at hand."

The lira recovered some of its losses after Berat Albayrak, the country's finance chief -- and Erdogan's son-in-law -- said late Sunday that the government had readied an "action plan" to ease market concerns, without elaborating. He also said the government had no plans to seize foreign currency deposits or convert deposits to the Turkish lira.

On Monday, the Central Bank annouced in a statement a series of steps to "provide all the liquidity the banks need."

The moves are meant to grease the financial system, ease any worries about trouble at banks and keep them providing loans to people and businesses.

In times of high uncertainty, banks tend to shy away from lending to each other. A so-called credit crunch, a lack of daily liquidity, can cause a bank to collapse.

The lira has dropped some 45 percent this year.