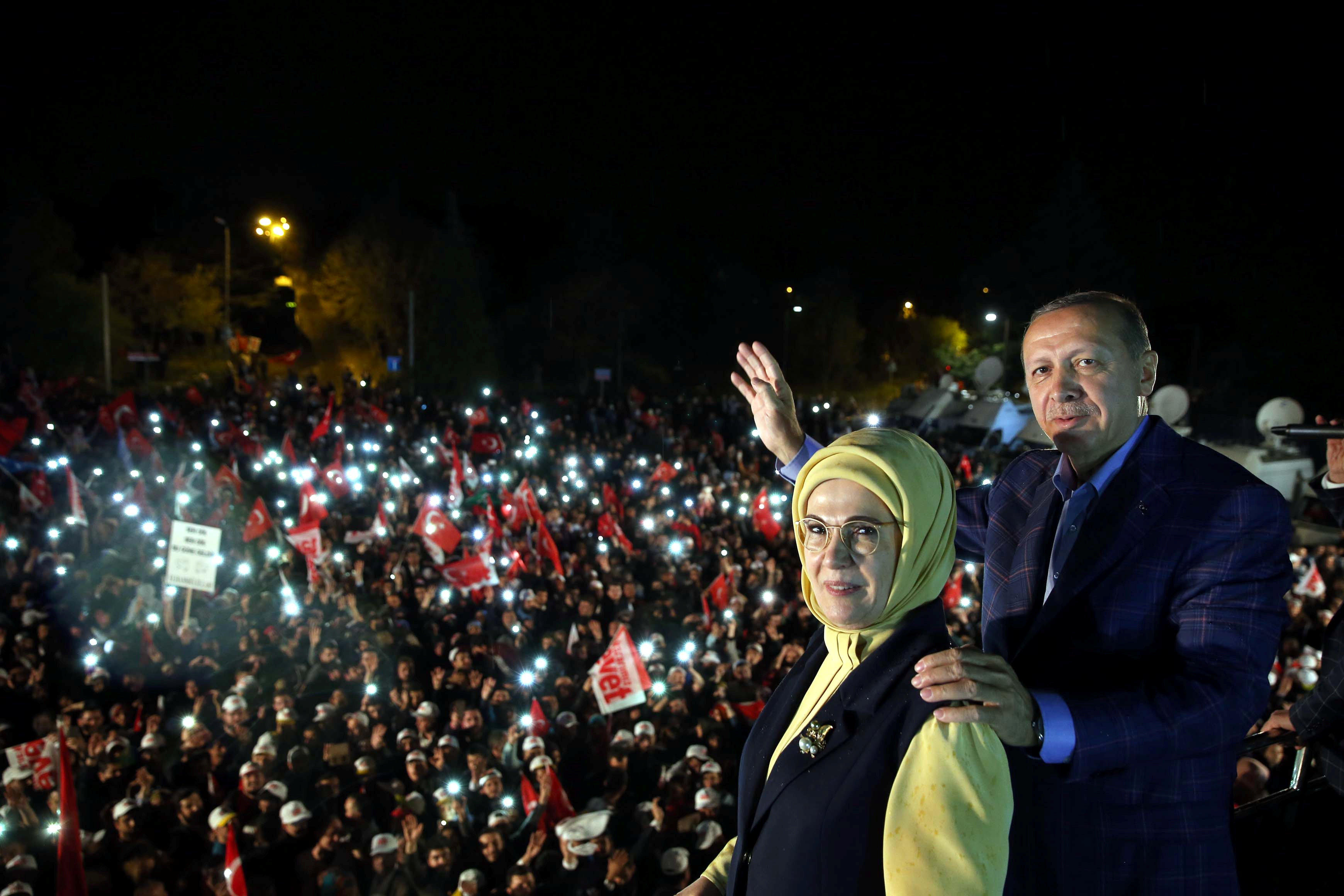 ISTANBUL -- In Turkey, the government has declared victory in a referendum to change the constitution in ways that would give sweeping new powers to the president.

The political opposition in the country -- one of America’s NATO allies and a key partner in the fight against ISIS -- has challenged the result, however, saying millions of votes should be recounted.

Returns broadcast by state-run news agency Anadolu showed that with almost all the votes counted, the “Yes” vote, in favor of the sweeping changes, had about 51.3 percent compared to 48.7 percent for the “No” vote.

As CBS News correspondent Holly Williams reports, the constitutional changes would weaken Turkey’s courts and its lawmakers, and place enormous authority in the hands of just one person: President Recep Tayyip Erdogan.

He has already been the most powerful man in Turkey for 14 years, and though he was democratically elected, he’s a divisive politician, and his critics say the referendum is a step towards dictatorship, and it could change Turkey irrevocably.

“April 16 is the victory of all who said yes or no, of the whole 80 million, of the whole of Turkey of 780,000-square kilometers,” Erdogan said after his government declared victory in the referendum, which he called a “historic decision.”

At rallies across the country, Erdogan’s supporters celebrated the seemingly narrow victory for the “Yes” vote for drastic constitutional reform.

Many of them are poor, religious conservatives from the Turkish interior who credit Erdogan’s government with raising their standard of living.

“He is the only leader in the world right now,” Hasan Bayhan told us before the vote. “He stands tall, and doesn’t bend.”

Erdogan argued the changes would guarantee stability in Turkey -- a message that resonates in a country that’s suffered a spate of suicide bombings, as well as an attempted military coup last July that nearly ousted the president from power.

In the aftermath of the failed coup, Turkey’s government launched a crackdown to round up not just the renegade military officers behind it, but anyone it believes to be an enemy. So far, nearly 50,000 people have been detained, including judges, journalists, opposition politicians and university professors.

Erdogan’s critics say there was widespread voter fraud on Sunday. CBS News cannot independently verify the fraud claims, though some instances appear to have been captured on camera.

Campaigners for a “No” vote were reportedly threatened and harassed before this referendum, and Turkish government leaders equated a vote against the constitutional changes to supporting terrorism.