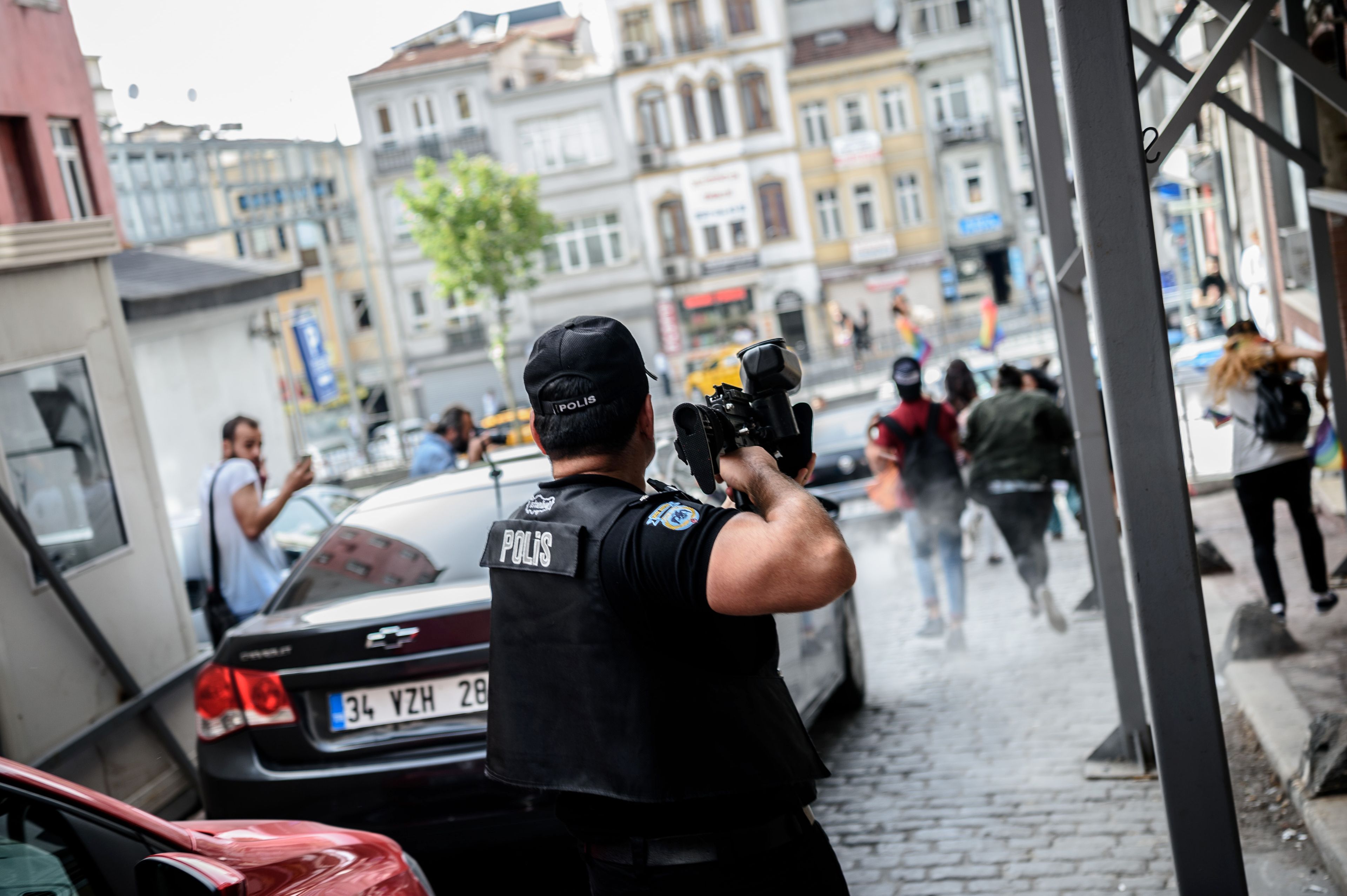 ISTANBUL -- Turkish police fired tear gas and rubber bullets to disperse demonstrators who gathered Sunday for a gay pride rally in Istanbul despite a government ban.

Police called on them to disperse and prevented activists from marching or making statements. A couple of individuals were detained.

More than 300 policemen in anti-riot gear and backed by water cannons were deployed along the pedestrian thoroughfare and side streets.

Istanbul has witnessed a series of deadly bombings in the past year, including two suicide attacks targeting tourists -- one on Istiklal Street.

On Friday, Istanbul pride week organizers issued a statement with a #LoveWillWin hashtag in Turkish rejecting security concerns as a reason to ban the parades.

It said "the governorship prefers to limit people's rights and freedoms instead of taking measures to deal with the threats."