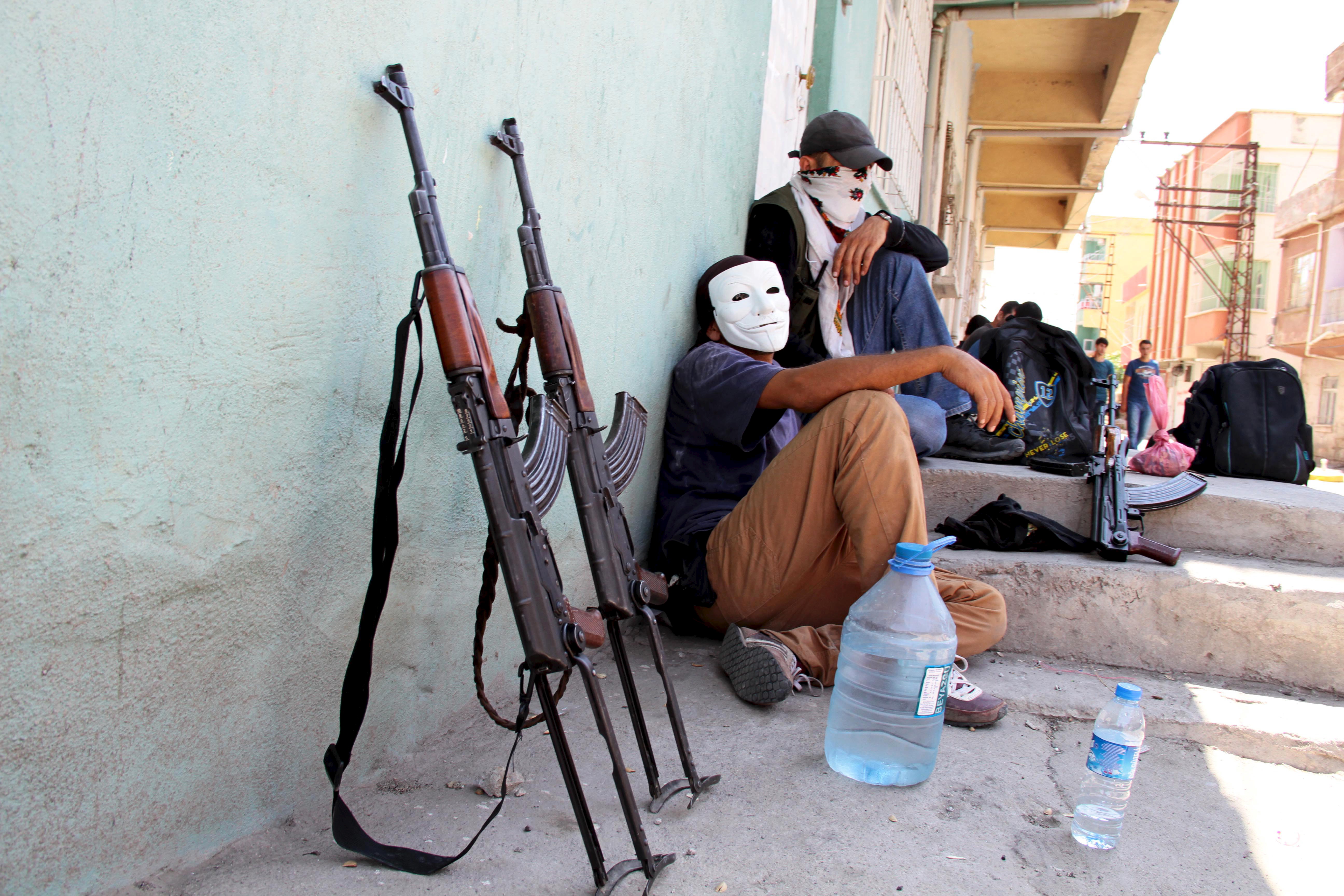 ANKARA, Turkey - Kurdish rebels on Wednesday carried out two simultaneous attacks on police vehicles in the mainly Kurdish southeast of Turkey, killing at least four and wounding dozens of people, an official said.

The official said rebels of the Kurdistan Workers' Party, or PKK, detonated a roadside bomb in the town of Kiziltepe, in Mardin province, wounding at least 25 people. They included at least five children aged between 2 and 5, said the official, who spoke on condition of anonymity in line with government regulations.

Clashes between the PKK and Turkey's security forces resumed last year after a tenuous cease-fire collapsed. The PKK has been blamed for several terrorist attacks in the last few years.

Since then, more than 600 Turkish security personnel and thousands of PKK militants have been killed, according to Anadolu. Human rights groups say hundreds of civilians have also been killed.

The official says several people, including children, were wounded in both attacks. He spoke on condition of anonymity in line with government regulations. Officials have blamed both attacks on the Kurdistan Workers' Party, or PKK.

At the same time a car bomb explosion targeting police in a historic part of the city Diyarbakir also wounded several people, the official said.

The attacks came hours after an earlier attack near the border with Iraq, also blamed on the PKK, killed four soldiers and injured nine others. The private Dogan news agency said that attack targeted military vehicles and was carried out with improvised explosives and with rockets fired from northern Iraq.