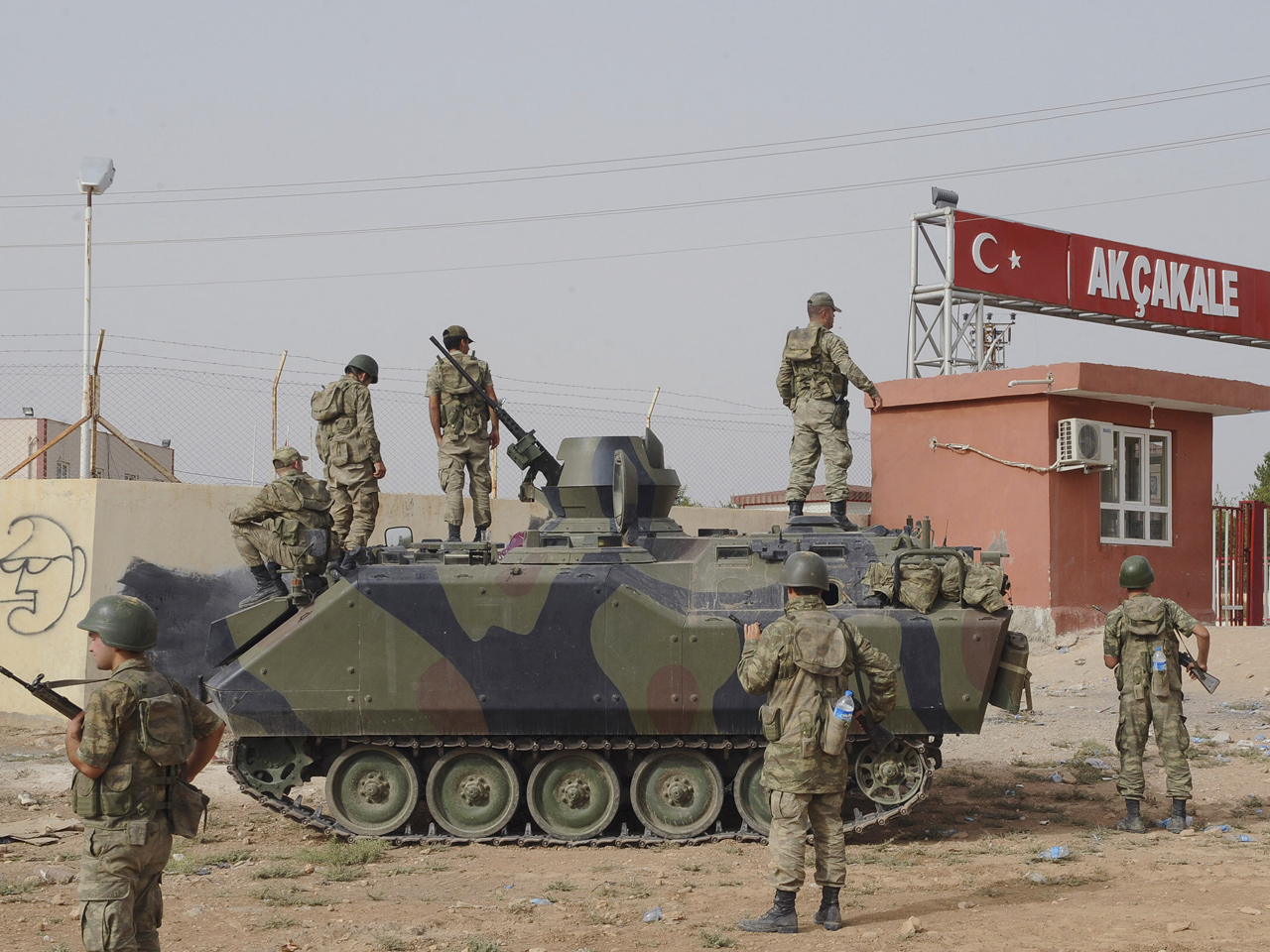 BEIRUT The Turkish military retaliated with artillery fire for a sixth straight day Monday after a Syrian shell hit its territory, and Turkey's president warned that "the worst-case scenario we have all been dreading" is unfolding in Syria and along its borders.

Turkish President Abdullah Gul called on the international community to do more to try to end Syria's nearly 19-month-old conflict, which has claimed more than 30,000 lives and -- with Turkey-Syria tensions rising -- heightened fears of a regional conflagration.

U.N. chief Ban Ki-moon on Monday warned that the escalating conflict on the Syrian-Turkish border is "extremely dangerous."

A Syrian official also told pro-government TV station Al-Ikhbariya that a suicide attacker detonated a car bomb near a compound of the Syrian intelligence on the outskirts of Damascus. There were no immediate reports of casualties and no one immediately claimed responsibility for the attack.

The main Syrian opposition group, meanwhile, signaled it is softening its position on possible talks to arrange a political transition.

In the past, the Syrian National Council has said that President Bashar Assad and his inner circle must step down before such talks can begin. However, the SNC chief said Monday that talks would be possible with members of the regime who do not have blood on their hands.

In the latest cross-border incident, a Syrian artillery shell fell on Turkey's border province of Hatay on Monday, the provincial governor's office said. The state-run Anadolu news agency said the round landed in a cotton field near the town of Altinozu. People were working in the field but no one was injured, Anadolu said.

Turkey retaliated Monday, as it did on five previous days, the governor's office said. Last week, after deadly cross-border shelling, Ankara warned Assad that it will respond to each shell or mortar round that hits Turkish soil.

The persistent Syrian shelling suggests the cross-border fire of recent days is not accidental. Turkey, along with other foreign allies of the Syrian opposition, is reluctant to intervene militarily in Syria, and Damascus' military strategy relies, in part, on the high threshold for foreign intervention.

Gul, the Turkish president, described Syria's civil war and its regional impact as the "worst-case scenario that we've all been dreading," adding that along with the suffering of the Syrian people, "once in a while we're also affected."

Speaking to reporters in Ankara, Gul also said the situation in Syria must not be allowed to continue.

"Sooner rather than later there will be change, a transition," he said. "Our only hope is that this happens before more blood is shed, and before Syria self-destructs more than it already has. It's also crucial that the international community act in a more effective way."

Efforts to get the two sides to negotiate a peaceful transition have failed up to now.

However, the head of the SNC, Abdulbaset Sieda, said Monday he would not oppose a role for members of Assad's ruling Baath party in the country's political future as long as they did not participate in killings during the uprising.

He told The Associated Press that the SNC will meet next week in Qatar and will discuss, among other things, the possibility of Vice President Farouk al-Sharaa serving as interim leader if Assad were to step down.

Turkish Foreign Minister Ahmet Davutoglu said Saturday that al-Sharaa was a figure "whose hands are not contaminated in blood" and therefore acceptable to Syrian opposition groups.

"We are with any solution that stops the killings in Syria and respects the ambitions of the Syrian people in what guarantees that there will be no return to dictatorship and tyranny in Syria," Sieda said by telephone from Turkey.

When asked about al-Sharaa, Sieda said: "We have no information that he participated in the killings or gave orders but he belongs to the political leadership."

Syrian officials have said that Assad will remain in his post until his 7-year term ends in 2014, followed by an election that is expected to pit Assad against other candidates.

Ban, speaking to the World Forum for Democracy in France, said the U.N.-Arab League envoy to Syria, Lakhdar Brahimi, would return to the region this week to continue international efforts seeking a political transition in Syria.

Sieda said the Syrian opposition will not repeat a policy carried out in Iraq years ago when members of Saddam Hussein's Baath party were forced to leave their jobs after his government was overthrown in the 2003 U.S.-led invasion.

De-Baathification, a concept started under the U.S.-led Coalition Provisional Authority which ruled Iraq after the invasion, was an Iraqi government policy of trying to purge important government jobs and positions of former mid- and high-ranking members of the Baath party.

Activists reported violence in different parts of the country, mostly in the central city of Homs, the northern city of Aleppo, and the southern region of Daraa.

The Syrian Observatory for Human Rights, a Britain-based activist group, said 20 people were killed in the southern village of Karak, which has been attacked by government troops. It said the 20 were killed when vehicles transporting wounded people were targeted by troops.

Meanwhile, residents of the Turkish border town of Akcakale, struck repeatedly by shelling from Syria, said they fear for their safety, even though Turkish troops have deployed to the area.

"If this shelling is going to continue day in and day out, we can't live here. We are not safe, our property is not safe," said Hamit Ciftcioglu, whose jewelry store is just 75 yards from where a mortar round hit Sunday.