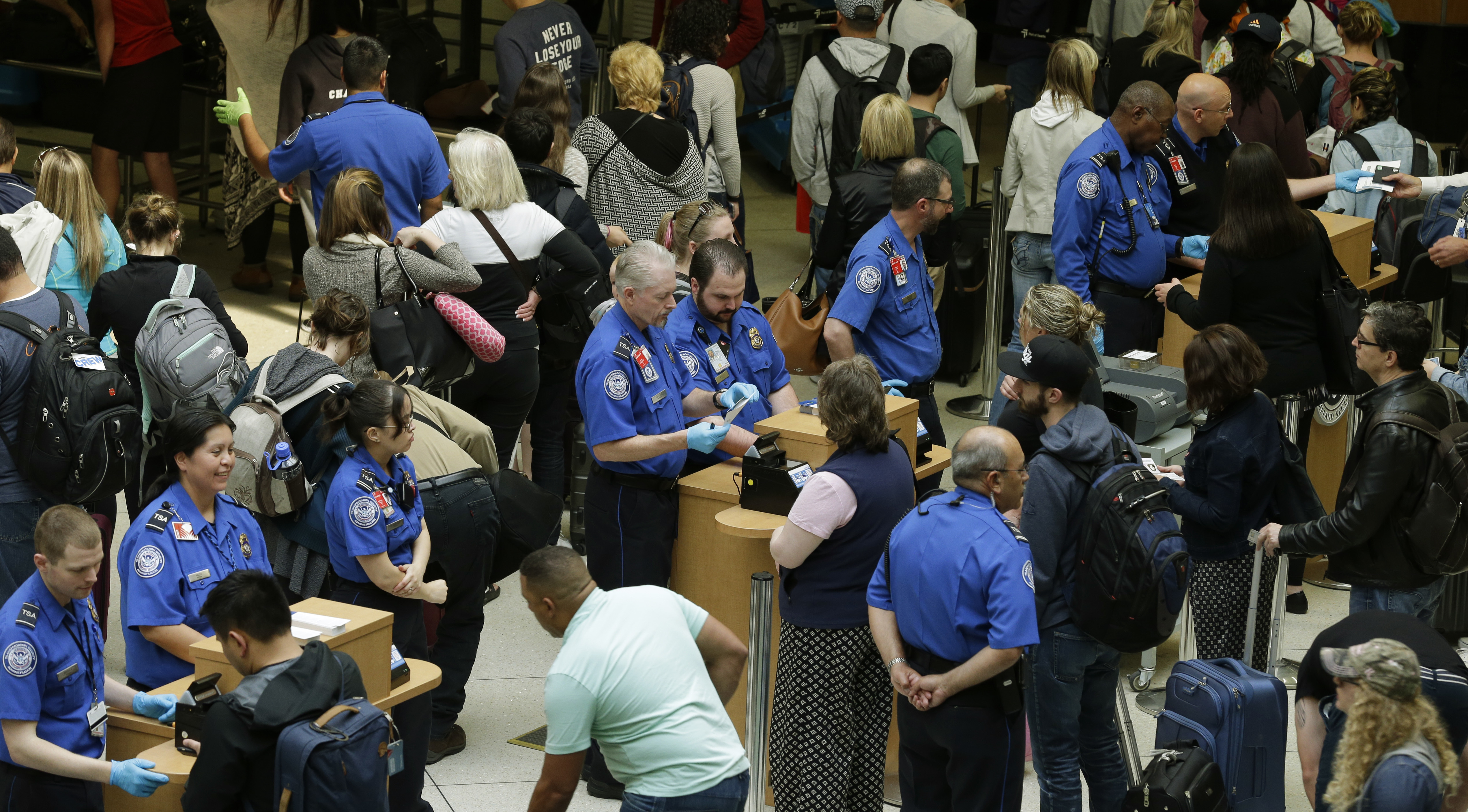 Federal officials said Tuesday that they are expanding tests to speed up airport lines and improve security.

In a first in the U.S., the Transportation Security Administration said Tuesday that it plans to begin using computed-tomography or CT scanners to inspect carry-on bags at one checkpoint in the Phoenix airport by the end of the year.

CT scanners are already used to screen checked baggage. The process is mostly automated -- the scanners generate 3-D images that are analyzed by computers. Security workers only check a bag if something is suspicious.

The use of CT technology at airport checkpoints would eliminate the need for screeners to examine X-ray images of every bag. It could also let travelers leave liquids and laptops in their carry-on bags.

TSA said it will work with American Airlines to make other changes to increase automation and speed up screening this fall in Chicago, Dallas, Los Angeles and Miami.

American will spend $5 million on the changes, said the airline's chief operating officer, Robert Isom, in a letter to employees. He said neither the increased automation nor CT scanners will solve TSA's problems, "but they are both huge steps in the right direction."

The changes at Chicago's O'Hare Airport, Dallas-Fort Worth International Airport, Los Angeles International and Miami mirror a pilot program that TSA is running with Delta Air Lines in two lanes at the Atlanta airport.

There, suspicious bags can be sent to a separate area for more screening while other bags on the conveyor belt keep moving. Bins are automatically sent back to the head of the line, and they are given radio-frequency-identification tags for better tracking.

The agency said the scanners and other steps will cut the time travelers spend in line by about 30 percent. Security experts warn that the long lines create targets for terrorists that are outside security checkpoints.

In May, transit officials wrote to the TSA to complain that the "public has reached a breaking point" with airport security.

Scrambling for better options, some travelers are forking over extra cash for expedited check-in programs run by the TSA, like Global Entry and PreCheck, and run by private companies, like Clear.

Congress approved the hiring of nearly 800 new screeners and overtime pay for current ones, and TSA has reassigned some officers to the busiest airlines.

Homeland Security Secretary Jeh Johnson said TSA screened 10.7 million travelers over six days culminating with the July 4 holiday, with Thursday and Friday being the TSA's busiest days since 2007. Average wait time was less than 10 minutes and expedited PreCheck lines were under five minutes, he said.