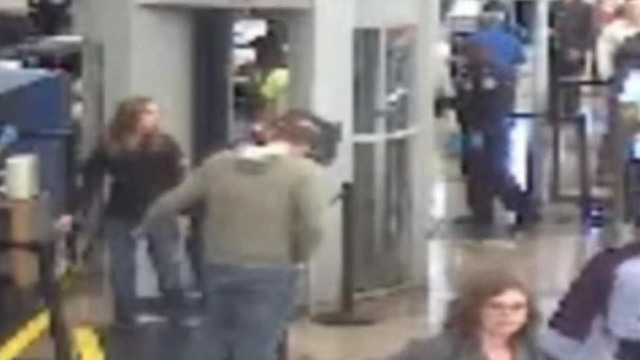 According to one TSA employee who reported the pair, Shafi would manipulate the scanning machine to identify males Spicha found attractive as female. That would trigger the machine to detect an anomaly in the passenger's genital area and permit Spicha to perform a pat-down.

Three months after that tip, the TSA began an investigation and eventually fired the pair.

The Denver airport refused to release the video to CBS Denver for months, citing an ongoing criminal investigation.

Shafi admitted to participating in the plot, saying it involved at least 10 passengers.

The TSA called the incidents "shocking and egregious." The agency has not been able to confirm potential victims and no criminal charges have been filed against Shafi or Spicha.

"CBS This Morning" reached out to the former officers, but they have not responded.

Prosecutors say Oquendo told the women he was screening her for weapons. The TSA has since fired Oquendo.

In a statement the agency said it "holds its employees to the highest standards."