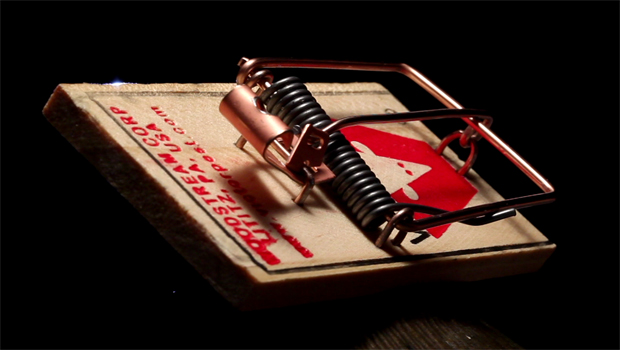 The designs of certain household items seem to work well anywhere at any time. Susan Spencer of "48 Hours" takes a look at one that is timeless:

At Tom Parr's Trap History Museum outside Columbus, Ohio, it's easy to feel, well, a little trapped. He's got more than 4,500 of them.

"I guess it's been a lifelong obsession to collect things," he told Spencer. "And probably in the late 1980s, I decided I wanted to collect animal traps of all sizes."

All sizes, all shapes ... his quirky collection lines the walls, floor to ceiling, delighting a couple hundred equally trap-happy visitors a year. "Most of 'em are somewhat overwhelmed," Parr said.

He treasures them all, but one seems to hold a special place in his heart: a mousetrap that tempts its prey with peanut butter.

That basic household stand-by, the snap trap -- patented over a century ago -- is a timeless design as perfect today as it was back then.

"It's so simple," Parr enthused. "I mean, they tried to change it. They rebuild it. But it still goes right back to the same thing: a wood base with a spring-loaded arm that comes down and annihilates the mouse."

But, despite its dead-on success, roughly 15 inventors a year for nearly a century have gotten patents for a supposedly improved version. People seem to have taken to heart the old quote, "Build a better mousetrap, and the world will beat a path to your door."

Parr's museum has a room devoted to some 1,500 mostly failed attempts at mousetrap perfection, featuring some astonishingly creative means to the same gruesome end. There's the Smasher, the Electrocuter, the Iron Cat.

"I'm starting to feel sorry for the mouse," Spencer said.

For Parr, the case for the timeless snap-trap design is open-and-shut. After all, who can really argue with this? "The mouse goes in, hits the trigger, and boom!" Except, maybe, the mouse...