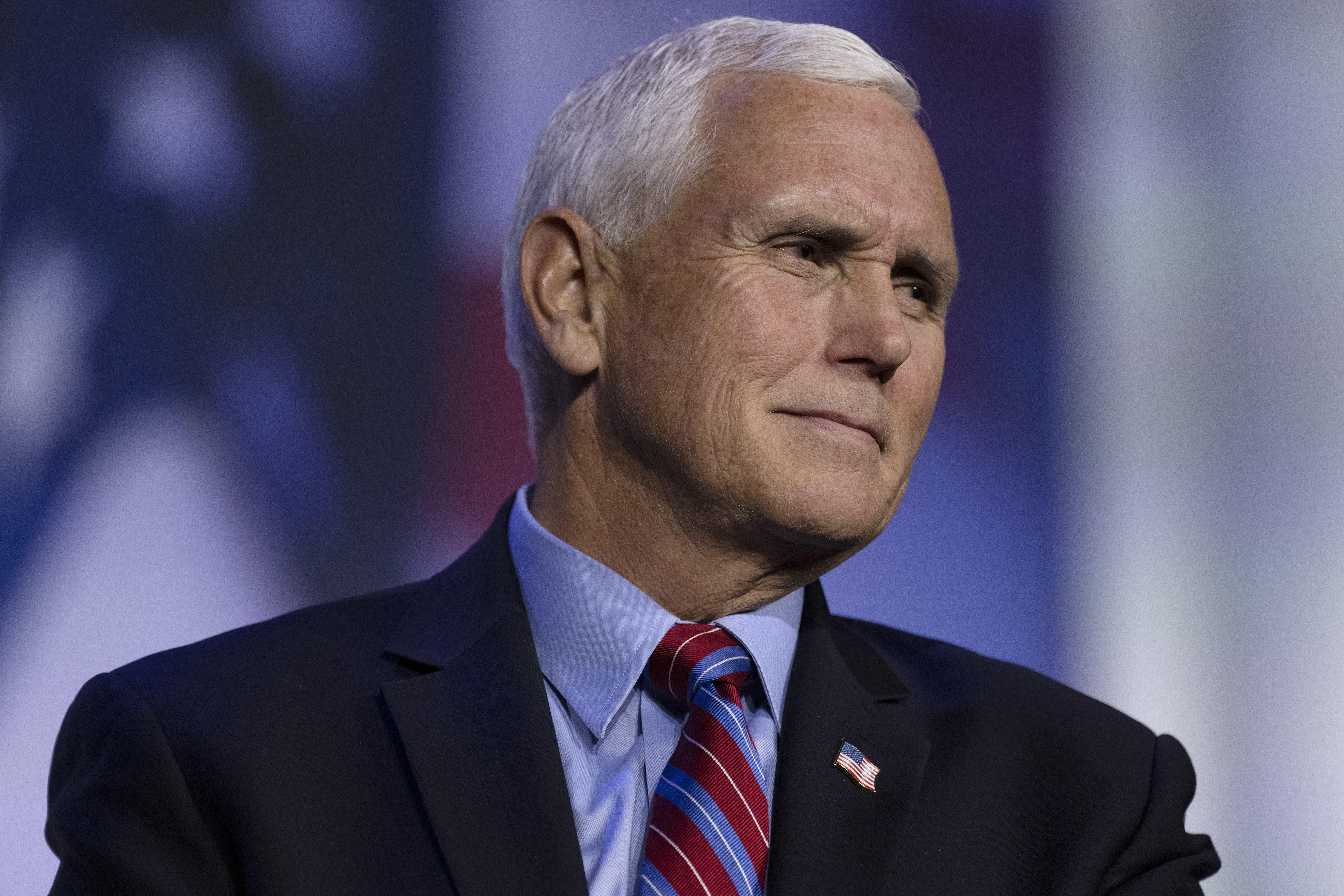 Vice President Mike Pence on Friday resoundingly rejected a claim by former President Trump that he had the ability to overturn the 2020 presidential election, saying that there's little that is more un-American than the notion that any president can choose the nation's leader.

"There are those in our party who believe that as the presiding officer of the joint session of Congress that I possessed unilateral authority to reject Electoral College Votes. And I heard this week that President Trump said I had the right to overturn the election. President Trump is wrong," Pence said during a speech in Florida to the  Federalist Society. "I had no right to overturn the election."

Earlier this week, Trump made the false claim that Pence "did have the the right to change the outcome."

Pence's contradiction of his former boss did not go unnoticed by Trump, who said in a Friday night statement that it "would have been appropriate" for Pence to send votes back to the legislatures if there was "fraud or large scale irregularities."

"January 6 was a dark day in the history of the United States Capitol. Lives were lost," Pence said. "And many were injured. Thanks to the courageous action of the Capitol Hill Police and federal law enforcement the violence was quelled. The capitol was secured. And we reconvened the Congress that very same day to finish our work under the Constitution of the United States and the laws of this country."

The former vice president's remarks come at his own potential political peril, in a party that still embraces the former president — and that largely still believes President Biden did not win the election.

Meanwhile, the National Archives and Records Administration will release Pence's records to the House panel investigating the January 6 assault on the U.S. Capitol, despite efforts by Trump to shield their release. The Archives intend to deliver the records to the committee March 3.

Pence's former chief of staff Marc Short met this week with the House select committee investigating the January 6 assault. Short was with Pence in the Capitol on January 6 when pro-Trump rioters overtook the building and the pair were forced to evacuate to a safe location within the Capitol complex.

Barr: Trump got "madder and madder" when rebuffed on election fraud claims

Draft order would have had DHS seize voting machines
More