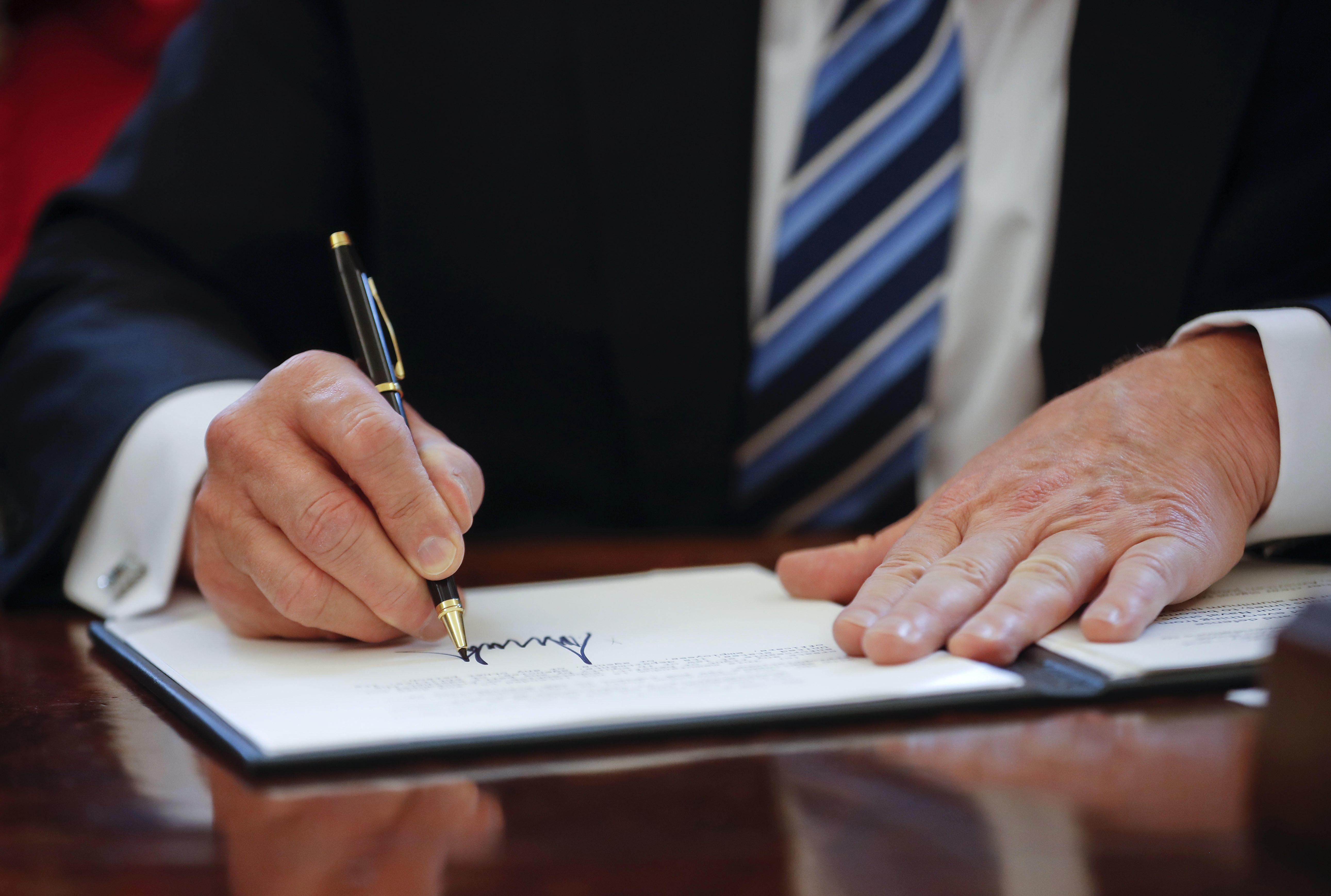 The White House says President Donald Trump has signed an executive order creating a commission to look at the public's confidence in the integrity of the voting system.

The commission will look at allegations of improper voting and fraudulent voter registration in states and across the nation.

She says the group plans to complete its work with a report to the president by 2018.

This order was spurred by Mr. Trump's unsubstantiated claim that millions of people voted illegally in the 2016 election, thus costing him the popular vote. Congressional leaders including House Speaker Paul Ryan and Sens. John McCain and Lindsey Graham have said they've seen no evidence to back up this claim.

President Trump tweeted shortly after taking office in January  that he would be asking for a "major investigation" into voter fraud, vowing to "strengthen up voting procedures."

"Your allegations are not properly a matter for a future investigation to take up, as you cannot have responsibly alleged this scheme without already having sufficient facts in hand to do so," Weintraub wrote.

The order comes as congressional and FBI probes into Russian meddling in the U.S. 2016 election are underway. FBI Director James Comey was leading the FBI's investigation into any ties between Trump campaign associates and Russia.

The commission, which will be driven by several state election officials, will include a review of voter registration, voter "suppression" and best practices.

"If President trump cannot believe that the majority of Americans voted against him, he should review his own conduct instead of trying to steal the vote from millions of citizens," said Pelosi.

"President Trump says this commission is an effort to protect voting rights but it is really an effort to suppress and intimidate African-American and other minority voters," said Richmond in a statement.

The White House also confirmed that Trump signed an executive order aimed at modernizing and improving the nation's computer networks.

Trump's homeland security adviser Tom Bossert says the order will help keep the U.S. safer from cybersecurity risks. Among the new requirements is that agency heads must be accountable for implementing risk management measures.

Trump pledged in late January to strengthen the government's ability to protect its computer networks, but then canceled plans to sign an executive order on cybersecurity without explanation.