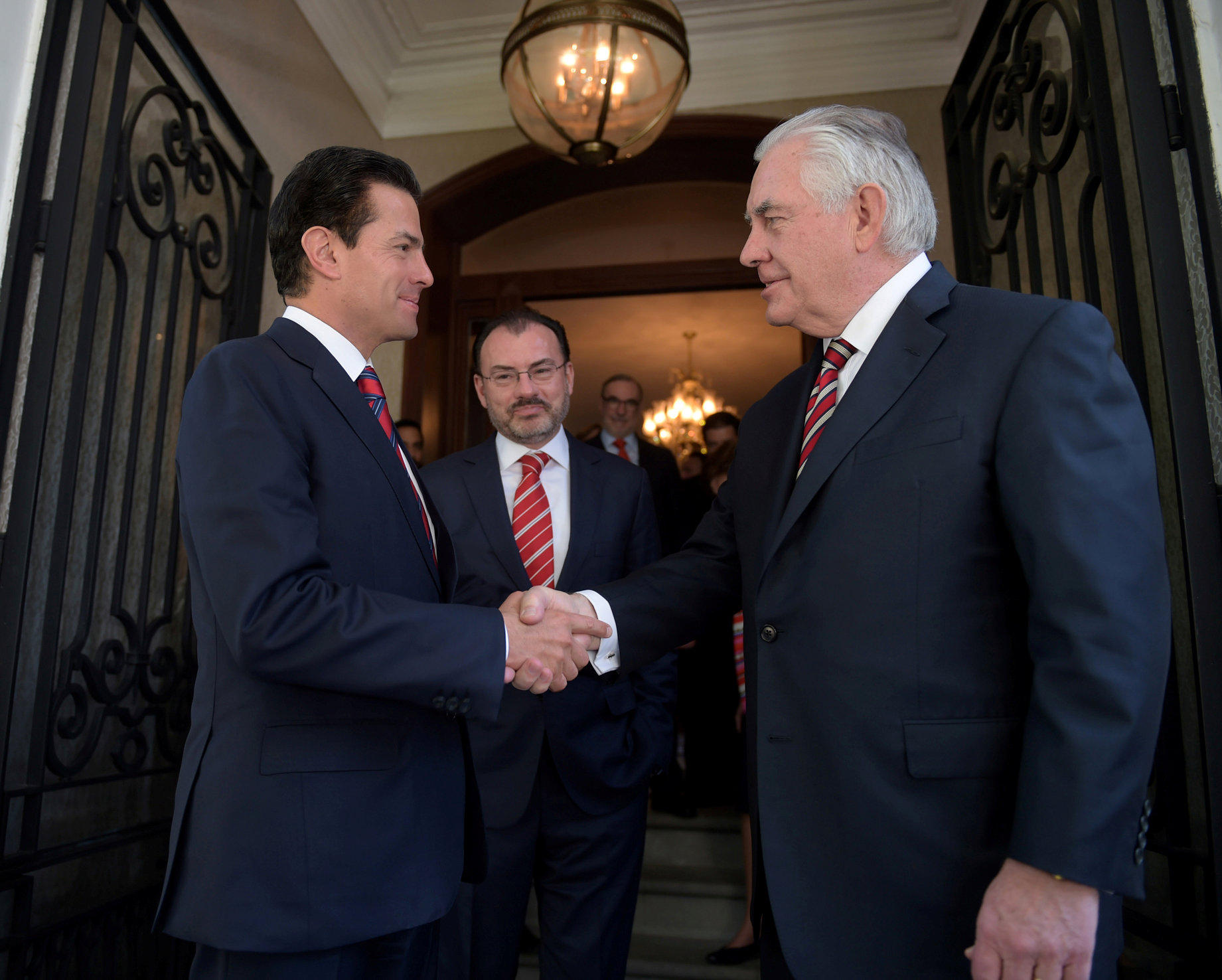 WASHINGTON -- A tentative plan for President Trump to host his Mexican counterpart in Washington has been put on hold. Mr. Trump and Mexican President Enrique Pena Nieto agreed now was not the immediate right time for a visit but that they would have their teams continue to talk and work together, a White House official told CBS News on Saturday.

The Washington Post, which first reported the news, cited U.S. and Mexican officials in reporting late Saturday that the plan was shelved last week after a testy telephone call between the leaders ended in an impasse over the wall Mr. Trump has pledged to build on the U.S.-Mexico border to stem the flow of immigrants and drugs.

Mr. Trump promised the wall throughout his presidential campaign, often leading crowds to yell "Mexico" when he asked who would pay for it.

Mexico regards the idea of a border wall as an insult and insists it will not pay.

The statement said Mr. Trump underscored his commitment to expanding cooperation with Mexico on security, trade, and immigration, but did not mention a possible visit by Pena Nieto. The White House sought Saturday to minimize any appearance of a rift in relations with its southern neighbor.

"We enjoy a great relationship with Mexico and the two administrations have been working for a year to deepen our cooperation across a range of issues including security, immigration, trade and economics," said National Security Council spokesman Michael Anton.

Pena Nieto scrapped a planned trip to meet Mr. Trump at the White House shortly after Trump took office in January 2017 over Mr. Trump's insistence that Mexico pay for the wall.

The leaders met in Germany at the Group of 20 economic summit in July. Mr. Trump has not visited Mexico as president, though he and Pena Nieto met in Mexico City when Mr. Trump traveled there as a candidate during the 2016 presidential campaign.