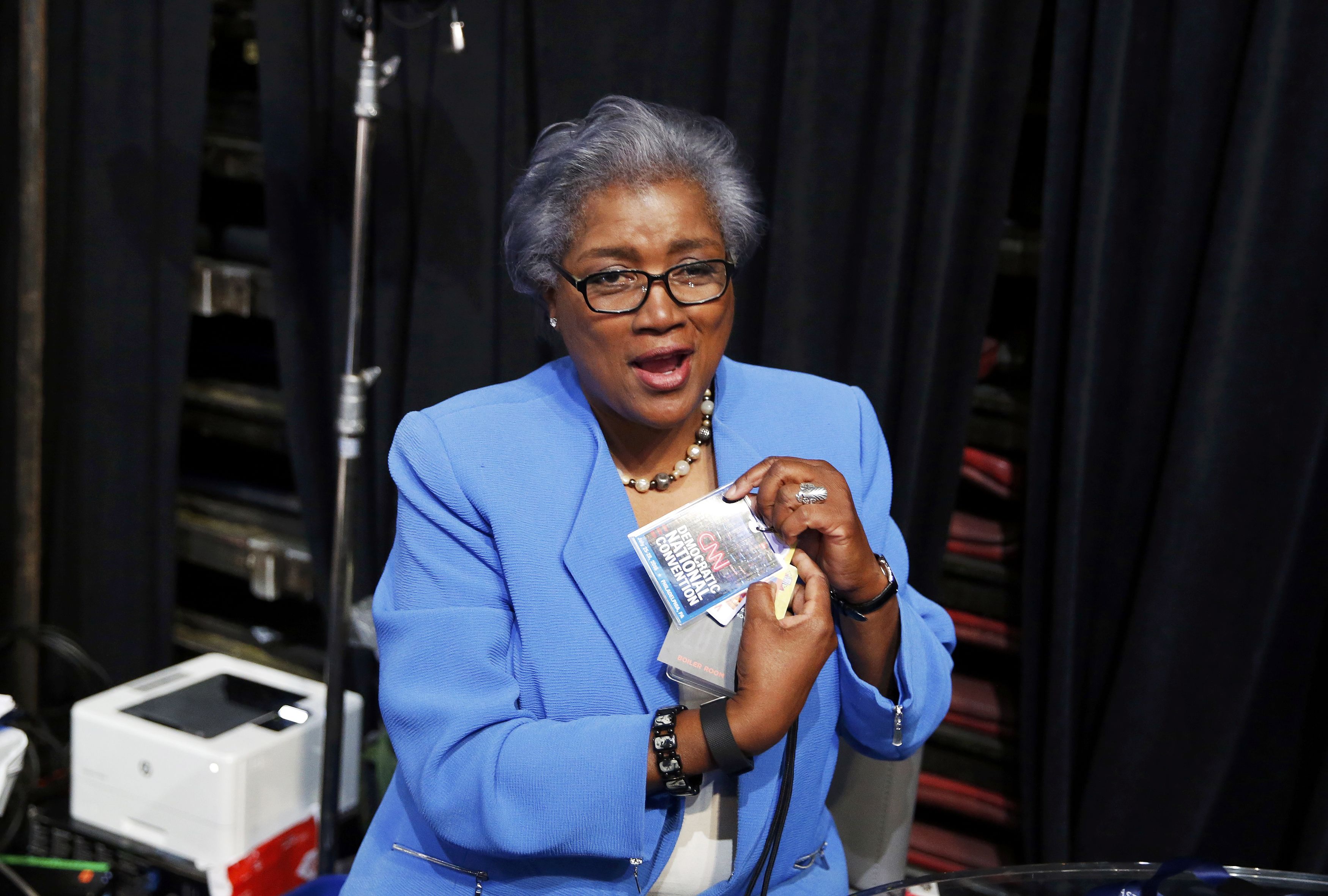 "This is real collusion and dishonesty. Major violation of Campaign Finance Laws and Money Laundering - where is our Justice Department?" he tweeted Friday morning.

The president highlighted Sen. Elizabeth Warren's agreement that the DNC favored Clinton in the election. Mr. Trump referred to Warren as "Pocahontas," a term he has long used to identify her.

In a new book, Brazile says that former Democratic presidential candidate Hillary Clinton effectively took control of the DNC months before she won the nomination.

"As Hillary's campaign gained momentum, she resolved the party's debt and put it on a starvation diet," Brazile wrote. "It had become dependent on her campaign for survival, for which she expected to wield control of its operations."

The agreement established that "in exchange for raising money and investing in the DNC, Hillary would control the party's finances, strategy, and all the money raised," Brazile explained.

The DNC issued a statement claiming that the party had been neutral even though Clinton was the only candidate with a joint fundraising agreement with the party during the presidential primaries.

"The DNC must remain neutral in the presidential primary process, and there shouldn't even be a perception that the DNC is interfering in that process," DNC communications director Xochitl Hinjosa said in a statement. "Joint fundraising committees were created between the DNC and both Hillary Clinton and Bernie Sanders in attempt to raise the general election funds needed to win in 2016.  Clinton was the only candidate who raised money for the party through her joint fundraising committee with the DNC, which would benefit any candidate coming out of the presidential primary process."