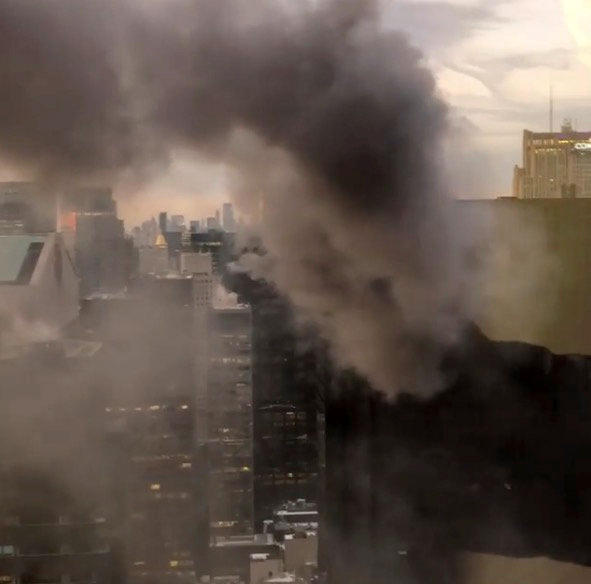 The fire department said on Twitter that two civilians and a firefighter were treated for injuries that weren't considered to be life-threatening. Manhattan Borough Commander Roger Sakowich earlier told reporters some debris fell on the firefighter and an engineer breathed in some smoke.

It took about an hour to put out the fire on Fifth Avenue in Manhattan. Aerial views showed firefighters on the roof, with smoke billowing from one corner of the high-rise.

The president was not at Trump Tower at the time of the fire. He left the White House on Monday afternoon to speak at the American Farm Bureau Federation's annual convention in Nashville, Tennessee, and then attend the College Football Playoff National Championship in Atlanta.

The president's son Eric tweeted his thanks to firefighters for doing "an incredible job."

"The New York Fire Department was here within minutes and did an incredible job," the younger Trump said on Twitter. "The men and women of the #FDNY are true heroes and deserve our most sincere thanks and praise!"

Mr. Trump announced his candidacy for the presidency in 2015 at Trump Tower, his home for more than 30 years. The building also houses luxury apartments and businesses.