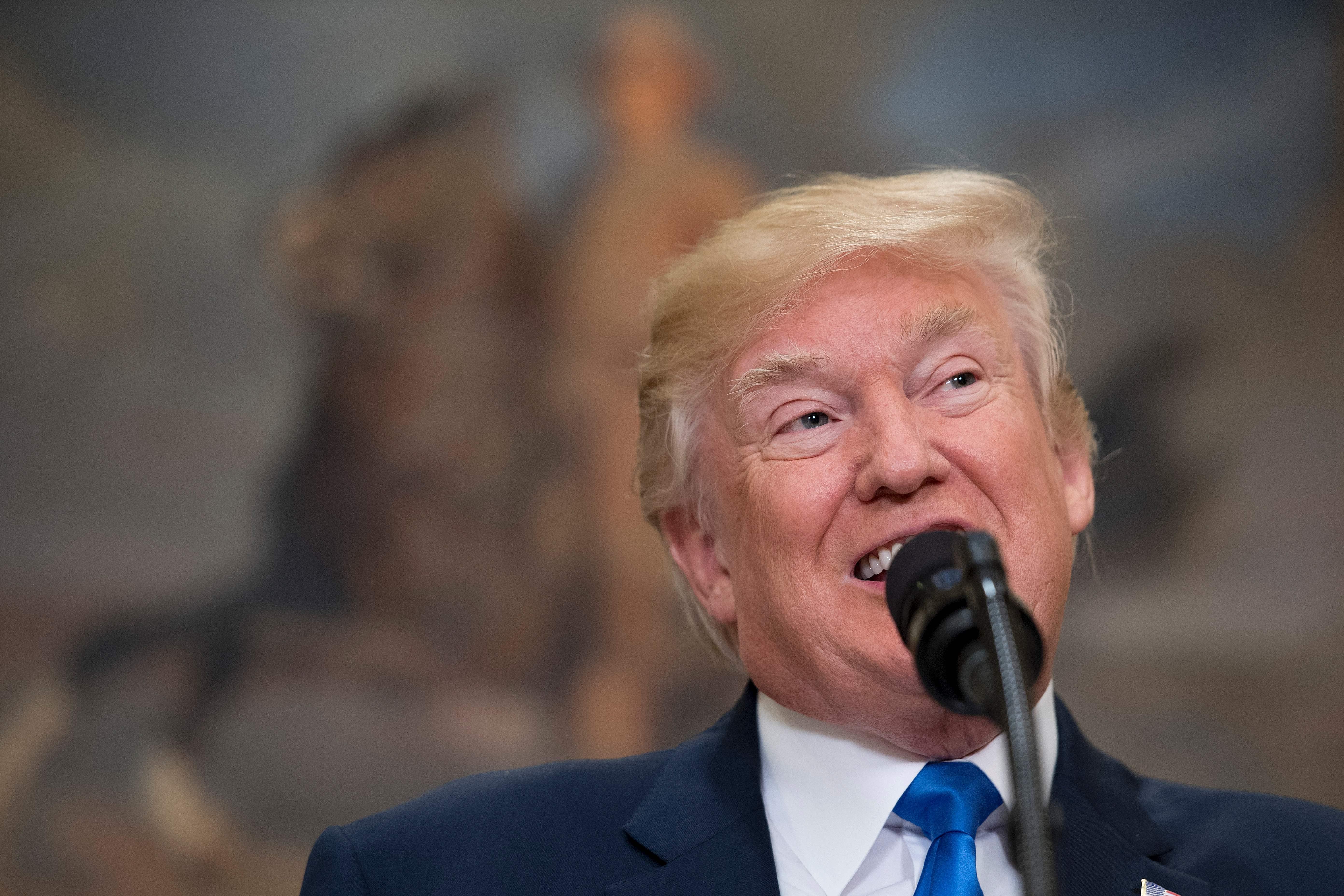 PHOENIX — Donald Trump was just a few weeks into his candidacy in 2015 when he came to Phoenix for a speech that ended up being a bigger moment in his campaign than most people realized at the time.

Trump savaged his critics and the media, vowed to fine Mexico $100,000 for each immigrant entering the country illegally, talked tough on trade, promised to return America to its winning ways and borrowed a line from Richard Nixon in declaring, "The silent majority is back."

The packed crowd ate it up — the raucous enthusiasm an early sign of the overwhelming support among Trump's base that would help carry him to the presidency.

As Trump returns to Arizona on Tuesday in need of another big moment, he will find a place where his agenda and unconventional leadership style have consumed the political landscape and elevated the state's status in the national fight for control of power in Washington in 2018.

The president is scheduled to hold a "Make America Great Again" rally in Phoenix Tuesday night after a stop in Yuma where he'll tour U.S. Customs and Border Protection border equipment and hold a meet and greet with Marines. This comes a day after he unveiled what he described as a "dramatically" new strategy for Afghanistan and South Asia in a primetime address to the nation, but offered few details.

It was Arizona senator John McCain who cast the vote that derailed Trump's effort to repeal the health care law. The other Arizona senator, Jeff Flake, has become the poster child for Republicans who buck the president and feel his wrath on Twitter. Mr. Trump is almost certain to back a GOP challenger to Flake in 2018, complicating Republican efforts to maintain control of the Senate.

Trump has also revived the immigration debate and infuriated Latinos here with his talk of pardoning former Sheriff Joe Arpaio over his recent conviction for breaking the law with his signature immigration patrols. The controversy over Civil War monuments has even spilled into Arizona, where the governor has faced repeated calls to take down a handful of Confederate memorials in the state.

And an overlooked item in Trump's agenda, school choice, has made education a hot campaign issue in Arizona. With the strong support of Education Secretary Besty DeVos, Arizona passed the nation's most ambitious expansion of vouchers this year, and public school advocates recently submitted more than 100,000 signatures in a petition drive to get the law wiped out on the 2018 ballot.

If that isn't enough fuel for a political bonfire, Trump's visit to Arizona will be his first political event since the race-driven violence in Virginia and his divisive comments in the aftermath of the protests. That created a dilemma for Republicans like Gov. Doug Ducey on whether to take the stage at the Trump rally while running for re-election. Doing so would subject him to attacks from moderates and the left by appearing with the president so soon after Charlottesville and possibly at the same time as the president pardons Arpaio and throws his endorsement behind Flake's challenger. But avoiding the stage could hurt him with the base.

Ducey's plan is to greet the president on the airport tarmac and skip the rally, saying he wants to oversee the law enforcement response to protests. The governor supported Trump and appeared on stage at one of his rallies last year in Arizona.

Trump would be hard-pressed to find a state where his Republican base is as faithful and vocal as in Arizona, which is a big reason why he came to the state seven times during his campaign and refers to the "special place" it holds for him. The fierce, non-conformist political spirit evident at Trump rallies here traces its roots to the frontier days and allows hard-fisted politicians like him and Arpaio to thrive.

"The Republican primary base in Arizona is highly partisan, semi-libertarian in the sense that it's against the swamp," said longtime Republican political strategist Chuck Coughlin. "We're the 48th state to join. We're still acting like a juvenile. We still act like we're the last one invited to the party which is sort of what Donald Trump is."

The biggest consequence of Trump's unorthodox governing style may be seen in Flake's re-election effort. Flake has been outspoken in his criticism of Trump, taking him to task in pointed jabs in a recent book.

Trump has been sending out Tweets signaling his support for far-right former state Sen. Kelli Ward, who is running against Flake in the primary. Other Republicans with less baggage than Ward could also enter the race and complicate things further, making it harder for Republicans to keep the seat in the general election. Rep. Kyrsten Sinema is considered the top threat on the Democratic side.

"If the president himself is supporting a challenger to Jeff, it's a serious problem," said Coughlin, who has been polling voters about the intra-party turmoil that has unsettled the race.

Voters like Julie Brown are indicative of the GOP struggle in the Trump administration between the base and establishment. She attended a Trump rally last year and remains steadfast in her support of the president, even after Charlottesville.

"He's not totally polished and everyone tears apart his words, but you'll never have to guess what he's thinking and I like that much better than a politician who just gets up there and buoyantly lies and is bought by lobbyists," Brown said. "He's just straightforward, and like I said, it rocks the boat but we need it."