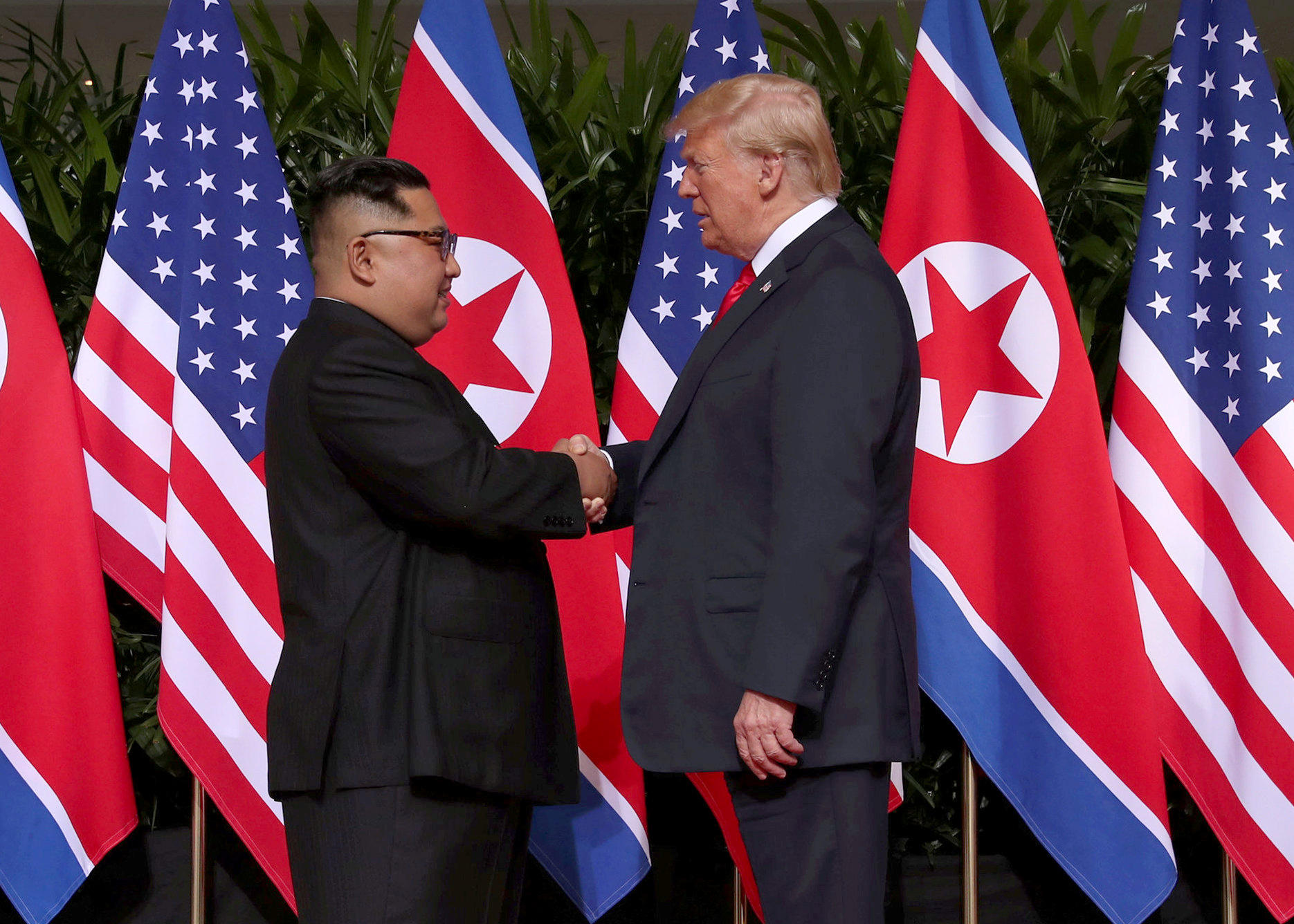 President Trump tweeted a thank-you to North Korean dictator Kim Jong Un early Thursday for "keeping your word" on the repatriation process of remains of victims from the Korean war. Late Wednesday, he addressed Chairman Kim in a tweet, saying he was "not at all surprised that you took this kind action."

Vice President Mike Pence accepted the remains of presumed U.S. soldiers killed during the war in a solemn ceremony at Joint Base Pearl Harbor-Hickam in Hawaii. The return of the remains was one of Mr. Trump's conditions reached during the leaders' summit in June.

He also thanked Kim for his latest "nice letter." "I look forward to seeing you soon!," he added, suggesting that the two leaders could be meeting again. Mr. Trump had said after their summit in Singapore with Kim that he would like the leader to come to the White House for a visit.

White House Press Secretary Sarah Huckabee Sanders confirmed that the latest letter was received by the White House on Wednesday.

"A letter to President Trump from Chairman Kim was received on August 1. The ongoing correspondence between the two leaders is aimed at following up on their meeting in Singapore and advancing the commitments made in the US-DPRK join statement," said Sanders in a statement on Thursday.

Notably absent from Mr. Trump's expression of gratitude and the White House statement was an explicit mention of denuclearization of the Korean peninsula.