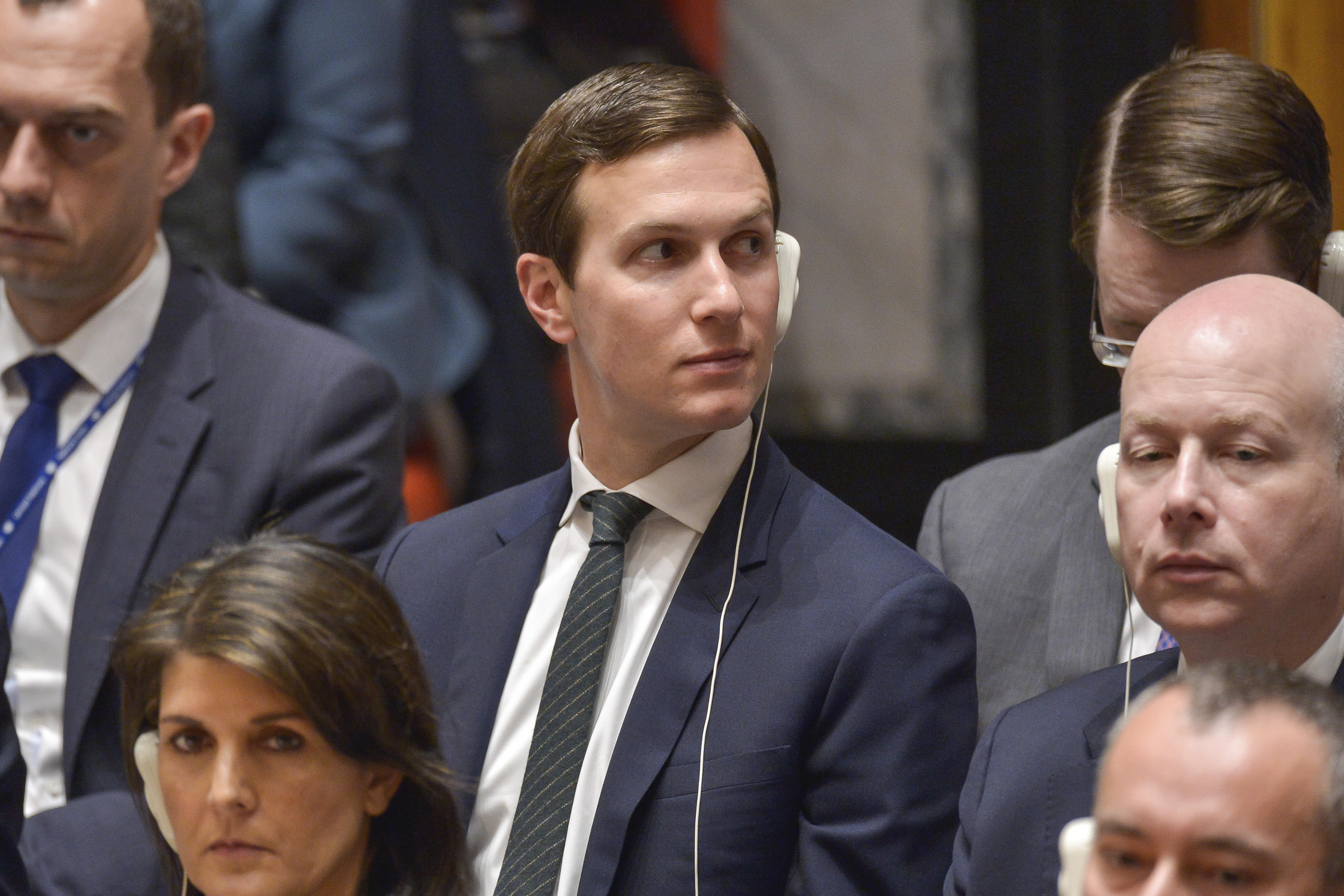 The Trump administration has started to prepare for the rollout of their Israeli-Palestinian peace plan. The plan's architects -- Jared Kushner, Jason Greenblatt and Ambassador to Israel David Friedman -- are building up their team, according to US officials.

The team is currently adding working-level officials that can start to hone in on the plan's details, including the economic portion, as well as their messaging strategy. Foreign diplomats say they are pleased to see the team growing, which they view as bringing more regional expertise into the room.

"The peace team is expanding their numbers and the resources available as they finalize the details and rollout strategy of the peace initiative," said a NSC Spokesperson.

The date for the rollout of the peace plan, which has been consistently moved back throughout the year, remains unclear. There were discussions about pushing it back until after the U.S. midterms, according to diplomats in the region.

There have also been reports that the Trump administration would push for a rollout during the next UN General Assembly (UNGA), which begins next month. But experts say that would serve as a dead end for the plan's ultimate launch.

"The UNGA strategy I think would be a difficult one, if only for the fact that the Arab diplomats are not happy with the overall approach. Taking it to UNGA, which is the Palestinians' home turf, could hurt the chances of this plan being rolled out in any successful fashion," explains Jonathan Schanzer of the Foundation for Defense of Democracies, which has experts that have advised the Trump administration.

The administration is still working to get the Palestinians to engage in the drafting process. Last year there were regular meetings between Kushner, Greenblatt and Saeb Erekat, a Palestinian negotiator, according to diplomats with knowledge of the talks. Erekat was in Virginia undergoing a lung transplant. But after the U.S. moved their embassy to Jerusalem earlier this year, the Palestinians cutoff that line of communication.

The Trump administration has asked allies in the region - including senior officials from Egypt and Saudi Arabia - to encourage the Palestinians to come to the table.

"The Trump administration is recognizing the Israeli power, that they are are holding the cards at this point," says Schanzer, comparing the approach to past administrations who initially sought to put Palestinians and Israelis on equal footing. "They are definitely coming to the table with a different approach, there is not way they can fail any worse than others have failed before."

On Friday the State Department notified Congress that the Trump administration would be cutting off $200 million in Economic Support Funds originally planned for programs in the West Bank and Gaza. But that is not all of the U.S. aid to Palestinian territories -- some of that additional aid remains under review. And as the school year begins the U.S.-Palestinian relationship could further deteriorate, given that the Trump administration has also frozen U.S. assistance to the U.N. Relief and Works Agency (UNRWA). This year the U.S. has only given $60 million to UNRWA -- a far cry from the $364 million that the US gave to UNRWA in 2017.

The UNRWA Commissioner-General,  Pierre Krähenbühl, announced this month that the schools that receive UNRWA funding would start on time in every place -- including the West Bank and East Jerusalem. But he warned that funding would not guarantee that they will stay open through the next few months.

"While announcing today the opening of the school year, I wish to be clear that UNRWA is by no stretch of the imagination out of the woods," Krähenbühl  said. "We currently only have funding to run the Agency's services until the end of September. We need a further $217 M to ensure that our schools not only open but can be run until the end of the year. This requires the resolute continuation of the collective mobilization that has been underway since January."

Earlier this month the State Department said that the funding for UNRWA remains under review and that the Trump administration has advocated for the program to restructure itself given the fact that it consistently falls short on funding.

As the details of the plan are still hammered out, and a tight hold is kept on the specific proposals, the administration has acknowledged that their plan will not make all parties happy.

The team working on the plan wrote in a joint statement last week: "No one will be fully pleased with our proposal, but that is the way it must be if real peace is to be achieved. Peace can only succeed only if it is based on realities."