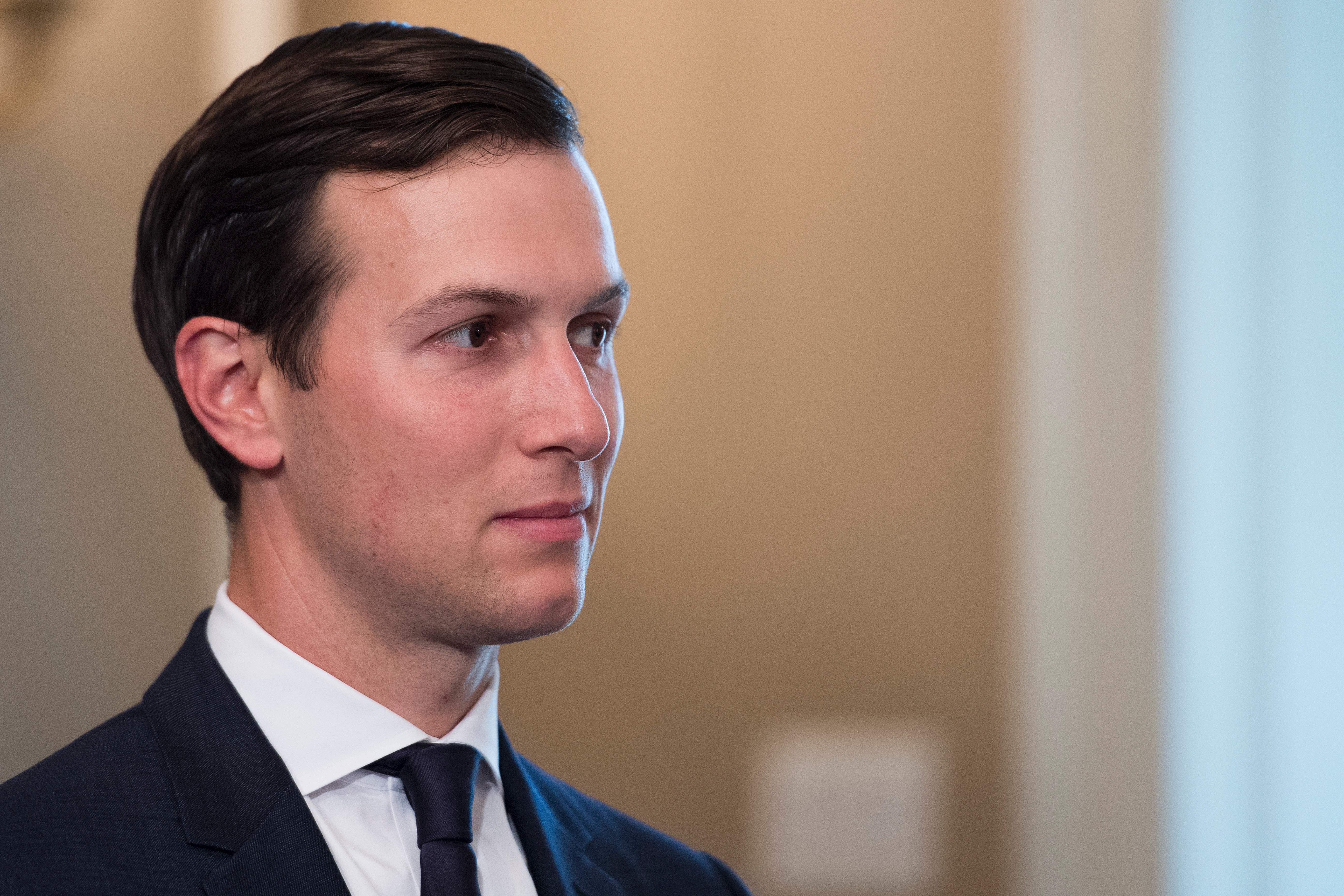 President Trump's son-in-law and senior adviser said in an interview published Sunday that the administration will soon present its Israeli-Palestinian peace plan, with or without input from Palestinian President Mahmoud Abbas. In an interview published in the Arabic language Al-Quds newspaper, Jared Kushner appealed directly to Palestinians and criticized Abbas, who has shunned the Trump team over its alleged pro-Israel bias, particularly on the fate of contested Jerusalem.

The interview came out after a weeklong trip around the region by Kushner and Mideast envoy Jason Greenblatt. The team met with leaders of Israel, Jordan, Qatar, Egypt and Saudi Arabia to discuss the worsening humanitarian situation in Gaza and the administration's proposals for a peace deal.

The Palestinians refused to meet with Kushner, and leaders have criticized the Trump negotiating team in recent days.

Senior Palestinian negotiator Saeb Erekat accused Kushner and Greenblatt on Saturday of trying to topple the Abbas-led West Bank autonomy government and dismantle the U.N. aid agency for Palestinian refugees. On Sunday, Erekat doubled down on his criticism, telling Israel's Channel 10 that the American negotiators are "not neutral" and predicting their peace plan would fail.

Any peace plan would face major obstacles, including the increasingly dire humanitarian situation in the Gaza Strip, internal Palestinian divisions, and recent cross-border violence between Gaza's Hamas rulers and Israel. Israeli Prime Minister Benjamin Netanyahu told his Cabinet on Sunday that he met twice with Kushner and Greenblatt this weekend and discussed "how to solve the humanitarian situation in Gaza without strengthening Hamas."

It remains unclear how the Trump administration would proceed with a peace plan without Palestinian cooperation.

Kushner said the plan is "almost done," but offered scant details aside from the promise of economic prosperity. He made no mention of a Palestinian state arising alongside Israel, though he acknowledged that Arab partners support that goal.

The Palestinians seek the West Bank, east Jerusalem and Gaza -- territories captured by Israel in the 1967 Mideast war. Israel withdrew from Gaza in 2005, and two years later, Hamas seized control of Gaza from Abbas' forces. Abbas now governs only small autonomous zones in the West Bank.

Kushner cast doubt on Abbas' ability to make a deal, alleging that the Palestinian leadership is "scared we will release our peace plan and the Palestinian people will actually like it" because it would offer them a better life.

"The global community is getting frustrated with Palestinian leadership and not seeing many actions that are constructive toward achieving peace," Kushner said. "There are a lot of sharp statements and condemnations, but no ideas or efforts with prospects of success."

Palestinian leaders have refused to meet with the Trump team since the president recognized Jerusalem as Israel's capital in December. Jerusalem is an emotional issue at the epicenter of the Israeli-Palestinian conflict.

Israel captured the city's eastern half, home to holy sites for Jews, Christians, and Muslims, in the 1967 Mideast war and annexed it. The annexation is not internationally recognized. Palestinians seek east Jerusalem as capital of a future state.

"If President Abbas is willing to come back to the table, we are ready to engage; if he is not, we will likely air the plan publicly," Kushner said.

Abbas spokesman Nabil Abu Rdeneh responded to Kushner's interview by restating that American efforts will yield no result if they bypass the Palestinian leadership, and if they are not aimed at an independent Palestinian state with east Jerusalem as its capital.