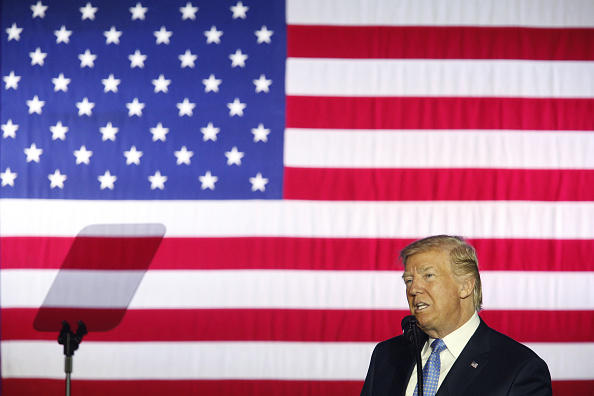 But the president, as he rolled out the White House goal to simplify the tax code and bring businesses back to the U.S., also made some comments that could benefit from further scrutiny. The plan, generally applauded so far by Republicans and scorned by Democrats, leaves many of the details to the tax-writing committees in Congress. Based on the framework the White House has released, this is how the president's comments stack up.

Statement 1: "Our framework includes our explicit commitment that tax reform will protect low-income and middle-income households, not the wealthy and well-connected. They can call me all they want. It's not going to help."

Mr. Trump made a few claims in that statement, so let's unpack it.

The plan is unlikely to do much to help low-income individuals and families. The framework does increase the standard deduction from more than $6,000 to $12,000, meaning that basically, anything a single person makes up to $12,000 is all his or hers. The standard deduction for married couples filing jointly will increase from more than $12,000 to $24,000, meaning anything a married couple earns up to that amount is basically tax free. But the president's proposal also raises the lowest tax rate, currently at 10 percent, to 12 percent. It's unclear who will be paying that rate, since the White House didn't give any income levels. But it's fair to say that those people won't be making very much. Mr. Trump does want to increase the child tax credit, up from its current level of $1,000. The president's plan does not mention the Earned Income Tax Credit, or EITC, which applies to lower-income filers with children.

For middle-class families and individuals, even White House officials earlier this week in a conference call with reporters were unable to promise it will not add to their tax burden, and they certainly weren't able to promise it will significantly reduce their taxes. The plan could very well mean some middle-class families pay slightly less, while some pay slightly more. The impact of the tax changes also depends not just on income, but on geography. The president's plan eliminates a deduction for state and local income taxes, meaning those in higher-tax states like California and New York will pay significantly more in taxes to the federal government.

The administration's tax plan is most likely to benefit the wealthy, of any income group, from what we know.

For one thing, the plan eliminates the estate tax, a tax that penalizes only the wealthy, and thus, only the wealthy would benefit from its repeal. In 2016, the exemption for the estate tax was $5.45 million, far more than most families are able to pass on to their heirs. That tax only applied to 4,700 returns in 2013, according to a 2015 congressional report.

The proposal does lower the top personal income tax rate from 39.6 percent to 35 percent, although again, it's unclear who will be paying that tax. Right now, the highest tax rate of 39.6 percent applies to those earning at least $418,400. The Trump administration has said its plan includes the elimination of many credits and deductions, which often only the wealthy are able to take advantage of, but none of that is certain. The plan, for the most part, doesn't specify which credits and deductions it plans to eliminate.

Statement 2: "I'm doing the right thing, and it's not good for me. Believe me."

It's worth noting it's hard to say exactly how the president's plan will apply to the president, as he has declined to release his tax returns. So, unfortunately, this involves a bit of estimating based on the very basic information we do know.

His plan does eliminate the alternative minimum tax, or AMT. The AMT is designed to keep wealthy people from avoiding loopholes for credits and deductions that largely only the rich can leverage. According to the president's leaked 2005 tax returns, he paid $31 million under that tax, at a rate of 24 percent.

On the business side of things, the president's proposal could benefit his vast business empire. Since the president's plan lowers the tax rate for "pass-through" businesses, that new 25 percent rate likely applies to some of his companies.

Since the president's plan eliminates the estate tax, and since his assets make him one of the small percentage of Americans in the country to qualify for that tax, his family would also benefit from the elimination of the "death" tax.

But everything Mr. Trump's White House has proposed is subject to change, once it's all in the hands of Congress.

Statement 3: "We have the votes on Graham-Cassidy. But with the rules of reconciliation, we're up against a deadline of Friday — two days.  That's just two days.  And yes-vote senator — we have a wonderful senator, great, great senator — who is a yes vote, but he's home recovering from a pretty tough situation."

This is not just misleading — it's flat-out false. Mr. Trump was referencing Sen. Thad Cochran, who is home in Mississippi recovering from a "urological issue."

It simply isn't the case that the votes exist for the Graham-Cassidy bill, Republicans' last-ditch effort before Senate reconciliation rules on Sept. 30 make it tougher to pass legislation to repeal and replace Obamacare with just a 50-vote majority. But the Senate lacked the GOP votes to pass the bill, with or without Cochran.

Sens. Rand Paul (R-Ky.), Sen. John McCain (R-Ariz.) and Sen. Susan Collins (R-Maine) came out in opposition to the bill, with other Republicans wavering. Those three Republicans were enough to sink the legislation.

"We don't have the votes," Sen. Bill Cassidy, the Louisiana Republican whose name is on the bill, told reporters bluntly on Tuesday.