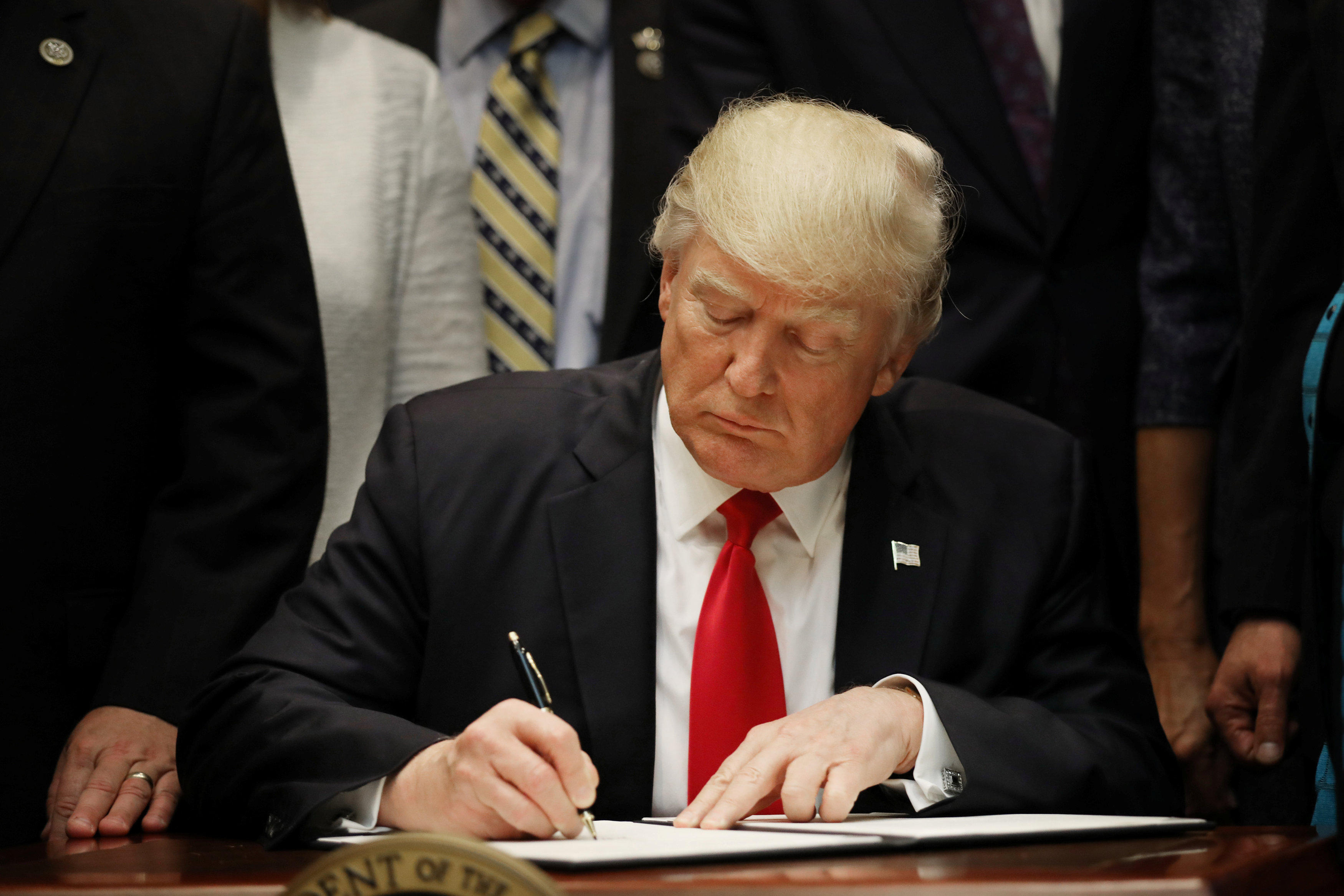 A government shutdown was avoided Friday when President Trump signed a short-term funding bill to keep the government running through next week.

Trump signed the continuing resolution in private Friday night after he returned to the White House from a daytrip to Atlanta.

The temporary spending bill keeps the government functioning through next Friday, May 6. It buys lawmakers time to wrap up negotiations on a larger, $1 trillion package to fund government operations through Sept. 30, the end of the government's 2017 budget year.

Both houses of Congress passed the weeklong measure with hours to spare before Friday's midnight deadline for some government operations to begin shutting down.

Negotiators overcame two major obstacles this week to reach an agreement on the omnibus when the White House conceded that the administration doesn't need funding for the border wall yet and dropped its threat to halt Obamacare payments.

House Democrats on Thursday threatened to oppose a spending bill if House Republicans decided to hold a floor vote on their revised health care bill to repeal and replace Obamacare, but GOP leaders decided late Thursday to instead delay the vote. Republicans spent the day lobbying undecided lawmakers and those who are against the new version.

If Congress is able to pass a bill to keep the government funded through the end of the fiscal year, there likely will be another showdown in the fall. Lawmakers will likely have to strike a budget deal to lift spending caps put in place by a 2011 law and then find a way to address raising the debt ceiling.