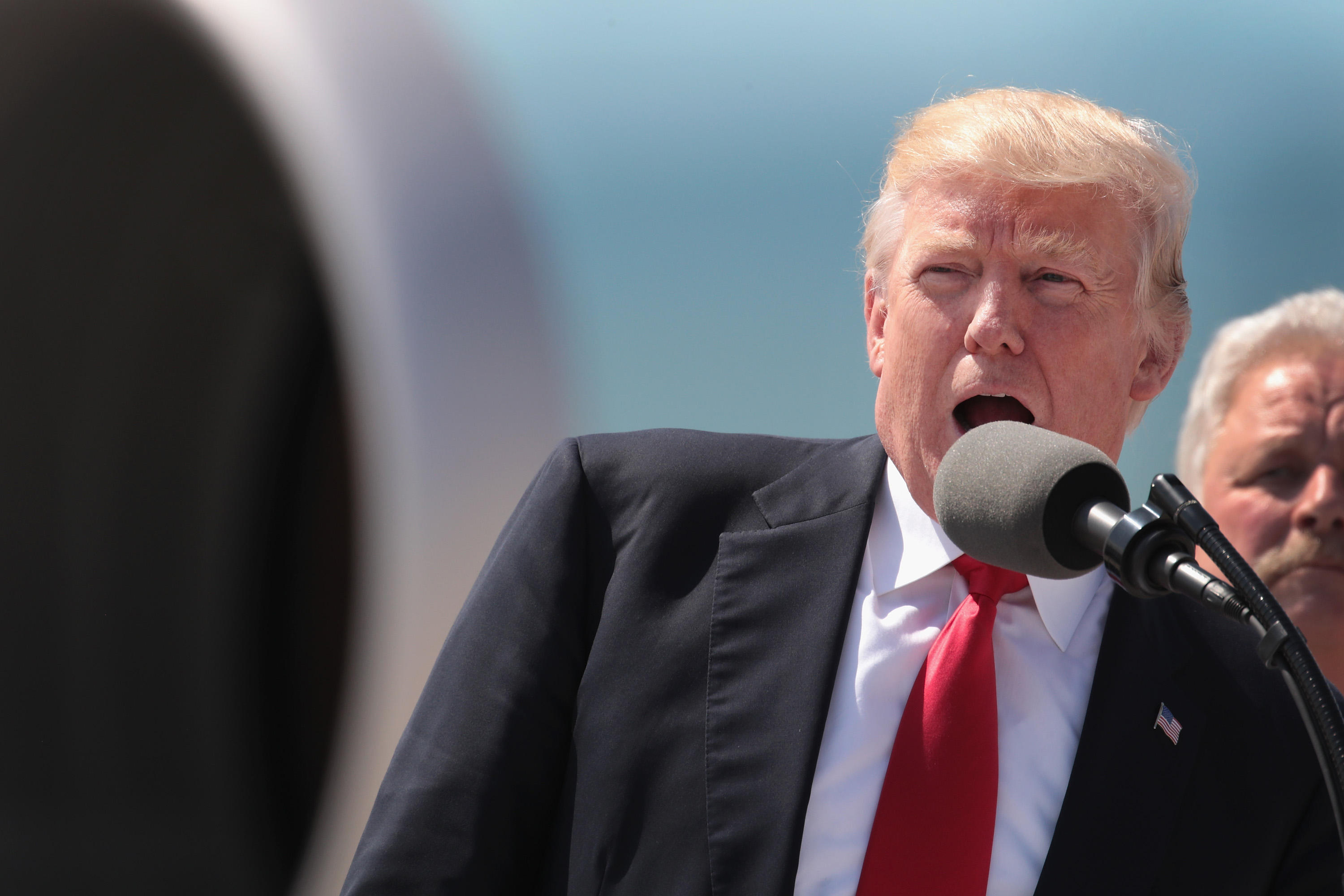 WASHINGTON -- While President Trump berates Qatar for sponsoring terrorism at the highest levels, he is simultaneously authorizing the country to purchase over $21 billion of U.S. weapons.

One portion of that deal -- $12 billion for 36 F-15QA fighter jets -- was inked on Wednesday in Washington, D.C., when Qatar's Defense Minister met with U.S. Defense Secretary James Mattis.

"We are pleased to announce today the signing of the letter of offer and acceptance for the purchase of the F-15QA fighter jets, with an initial cost of $12 billion dollars," read the Qatari Defense Minister's statement on Wednesday afternoon. "We believe that this agreement will propel Qatar's ability to provide for its own security while also reducing the burden placed upon the United States military in conducting operations against violent extremism."

The Qatari ambassador to the U.S. tweeted a photo of the signing.

The State Department describes this sale as fermenting U.S. efforts to "strengthen the security and defense architecture of the region." They point out that it does not directly conflict with the current regional dispute as it will take years to complete and fill the sale in full.

"We are confident that Qatar can address its remaining issues within this timeframe, prior to delivery," explains a State Department official.

Qataris had scheduled Wednesday's trip to formalize portions of this arms deal with the U.S. government about two months ago, according to Qatari and State Department officials.  They want these weapons. So, despite growing tensions and Mr. Trump's repeated hardline stance against their support of Iran and regional terrorist groups, the Qataris came because they want the weapons.

"We are working on the process related to the signing," said one Qatari official on Wednesday morning. "It is normal. We are in the stage where we want to finalize this deal."

Qataris say the deal demonstrates the "long standing commitment" Qatar has to working with the U.S.

The full arms sale, of over $20 billion for 72 F-15QA fighter jets, was notified in November 2016. This means it had already been authorized by congress and the executive branch, when President Obama was in office, before the Trump administration came into office. During Mr. Trump's recent visit to Riyadh, he made a point of telling reporters during a photo spray with the Qatari emir that he was going to sell Qatar "big beautiful weapons." In the wake of the diplomatic crisis -- and Mr. Trump's public statements raising concern about alleged Qatari funding of terrorism -- there were questions about whether the arms deal would go through. However, on Wednesday, in Washington, Defense Secretary James Mattis formally signed the letter of offer and acceptance for the purchase.

In the face of the escalating tensions Qataris came to D.C. with a large entourage -- expecting to break ground on the escalating regional standoff. But there is no sign of progress. The State Department has yet to extend an official request for a joint meeting between representatives that are in the nation's capitol from Qatar, the UAE and Saudi Arabia. Qatar says have still not received the list of demands that the countries have for them. The U.S. has not played a role in passing along request, either.

On Tuesday morning, Secretary of State Rex Tillerson met with Saudi Foreign Minister Adel al-Jubier. He stood silently as Jubier declared to reporters that there "is no blockage of Qatar." Tillerson will have a working dinner with UAE Foreign Minister Abdullah bin Zayed Al Nahyan on Wednesday night.

There has been nothing on his public schedule with Qatari leaders. Though Qatar has sent a team, including individuals from Qatar Central Bank, to the State Department to discuss the matter at a technical level. Last week, Tillerson called for an easing of the Qatari ban - but hours later, Mr. Trump did not echo those sentiments.

"The nation of Qatar has unfortunately been a funder of terrorism, and at a very high level," Mr. Trump said on Friday at the White House. He added "the time has come to call on Qatar to end its funding."

There are more than 10,000 U.S. service members at the U.S. central command base in Qatar. The U.S. commander there has said there are "no plans to change our posture in Qatar" amid a Gulf diplomatic crisis. Qatar is quick to remind the U.S. of this working relationship.

"When no one wanted to host your troops after 9/11, we did. We protected them. Saudi Arabia asked you to leave," said Meshal bin Jamad al Thani, the Qatari ambassador to the U.S. Qataris believe that the blockade of their country is politically motivated by the Saudis in an effort to flex their muscle in the region.

Yousef Al Otaiba, the United Arab Emirates Ambassador to the U.S., has suggested that the U.S. consider moving their base there. Qatar has received no indications of U.S. plans to do so, and they are not asking them to leave or change their operations in any way.

"None of our people attacked the U.S.," said al Thani, a nod to the Saudis who were involved in the Sept 11th terrorist attacks.