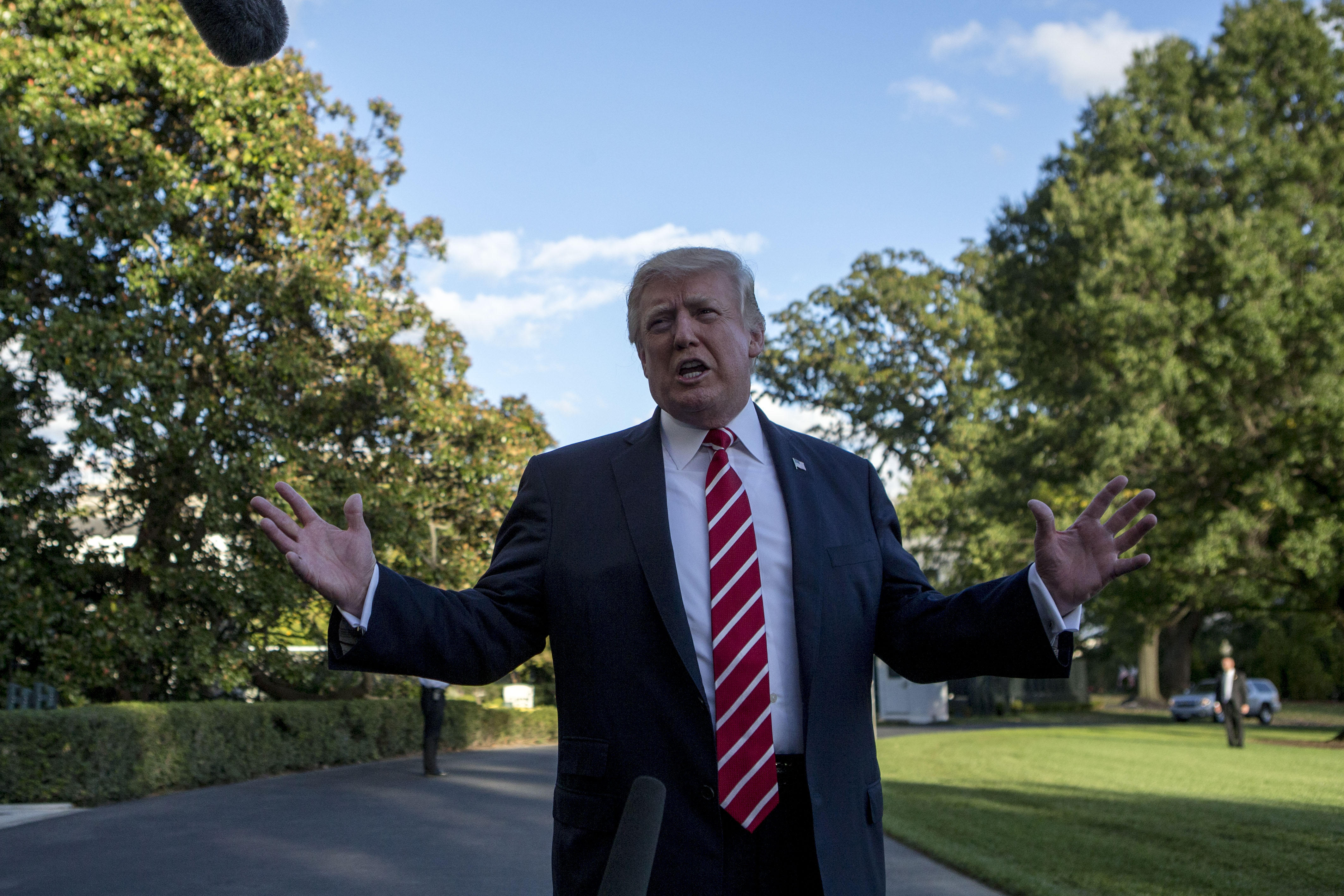 President Trump on Saturday said he's "not at all surprised" by the allegations of sexual harassment multiple women have levied against Hollywood producer Harvey Weinstein.

"I've known Harvey Weinstein for a long time," Mr. Trump told reporters before boarding Marine One for a GOP fundraiser in North Carolina. "I'm not at all surprised to see it."

The Weinstein allegations turned political this week when a handful of Democrats in Congress who had received donations from Weinstein said they would donate the money to charity. Weinstein also invoked Mr. Trump in his apology letter.

"I'm making a movie about our president, perhaps we can make it a joint retirement party," Weinstein wrote.

The allegations against Weinstein go back decades, and eight women have settled claims with him. In an explosive New York Times piece, actress Ashley Judd accused him of inviting her up to his room when he was only in a robe, and asking her to watch him shower or let him give her a massage.

Mr. Trump on Saturday was asked how the allegations against Weinstein differ from his own comments made public one year ago in the infamous "Access Hollywood" tape. In that 2005 video, Mr. Trump was caught boasting about grabbing, kissing and trying to have sex with women.

Last month, in an interview with "60 Minutes," former chief Trump strategist Steve Bannon said the "Access Hollywood" tape was a "litmus test" for who would stay loyal to Mr. Trump.