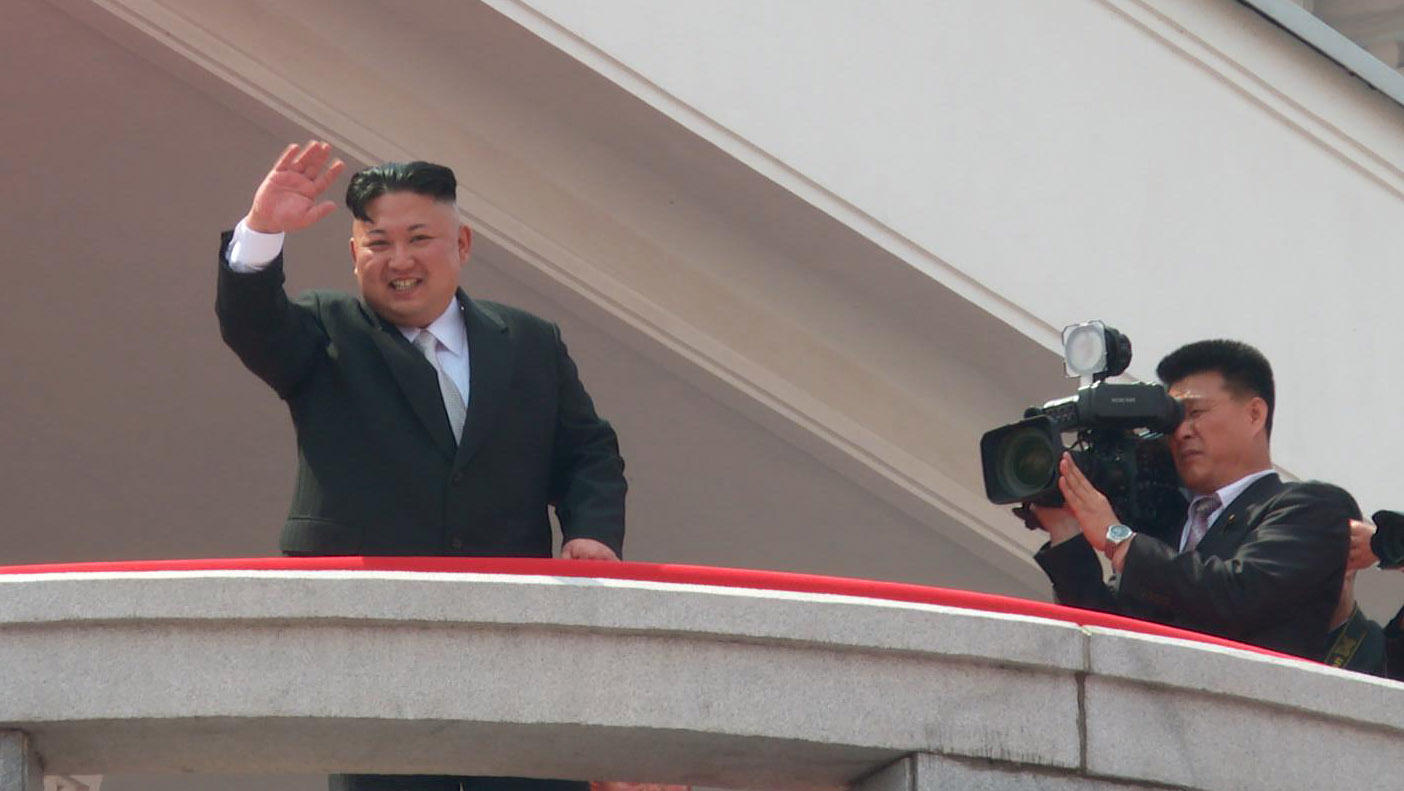 "If it would be appropriate for me to meet with him, I would absolutely, I would be honored to do it," Mr. Trump said. "If it's under the, again, under the right circumstances. But I would do that."

"Most political people would never say that," Mr. Trump added, "but I'm telling you under the right circumstances I would meet with him."

Both visits intended to discourage North Korea's nuclear program. In 2006, North Korea detonated its first nuclear weapon, and has since tested several more. The country's nuclear program, along with its numerous ballistic missile tests, have made containing North Korea the top foreign priority of Mr. Trump's administration.

Over the weekend, Mr. Trump referred to Kim Jong Un as a "pretty smart cookie" in an interview with John Dickerson on CBS' "Face the Nation."

"People are saying: 'Is he sane?'" Mr. Trump said of the North Korean strongman. "I have no idea.... but he was a young man of 26 or 27... when his father died. He's dealing with obviously very tough people, in particular the generals and others.

"And at a very young age, he was able to assume power. A lot of people, I'm sure, tried to take that power away, whether it was his uncle or anybody else. And he was able to do it. So obviously, he's a pretty smart cookie."

Kim Jong Un is not believed to have ever met a foreign head of state since taking power after his father's death in 2011. Since then, the younger Kim has cultivated a reputation as an unpredictable international actor, purging rivals and heightening tensions in the region. Some 28,000 American troops are currently stationed in South Korea, which remains in a technical state of war with the North.

The Trump administration has called for more pressure to be applied to the North Korean regime, particularly by China, which remains Pyongyang's primary benefactor and trading partner.

The administration says that these efforts have been somewhat successful, and points to reduced Chinese coal imports to their communist neighbor.

Mr. Trump has not shied away from foreign leaders accused of human rights abuses, such as Egyptian President Abdel Fattah el-Sisi. He is also set to meet with Filipino President Rodrigo Duterte, who's law-and-order tactics in the Philippines are said to have killed thousands.

Earlier on Monday, though, White House chief of staff Reince Priebus said that Mr. Trump would not meet with Kim Jong-Un "right now."

"I think the answer's probably not," Priebus said when asked if he could see Mr. Trump meeting with Kim Jong-Un. "And I don't see that happening. But it -- we're going to need a lot of cooperation among the region and -- and our leaders around the world in order to get this person under control.