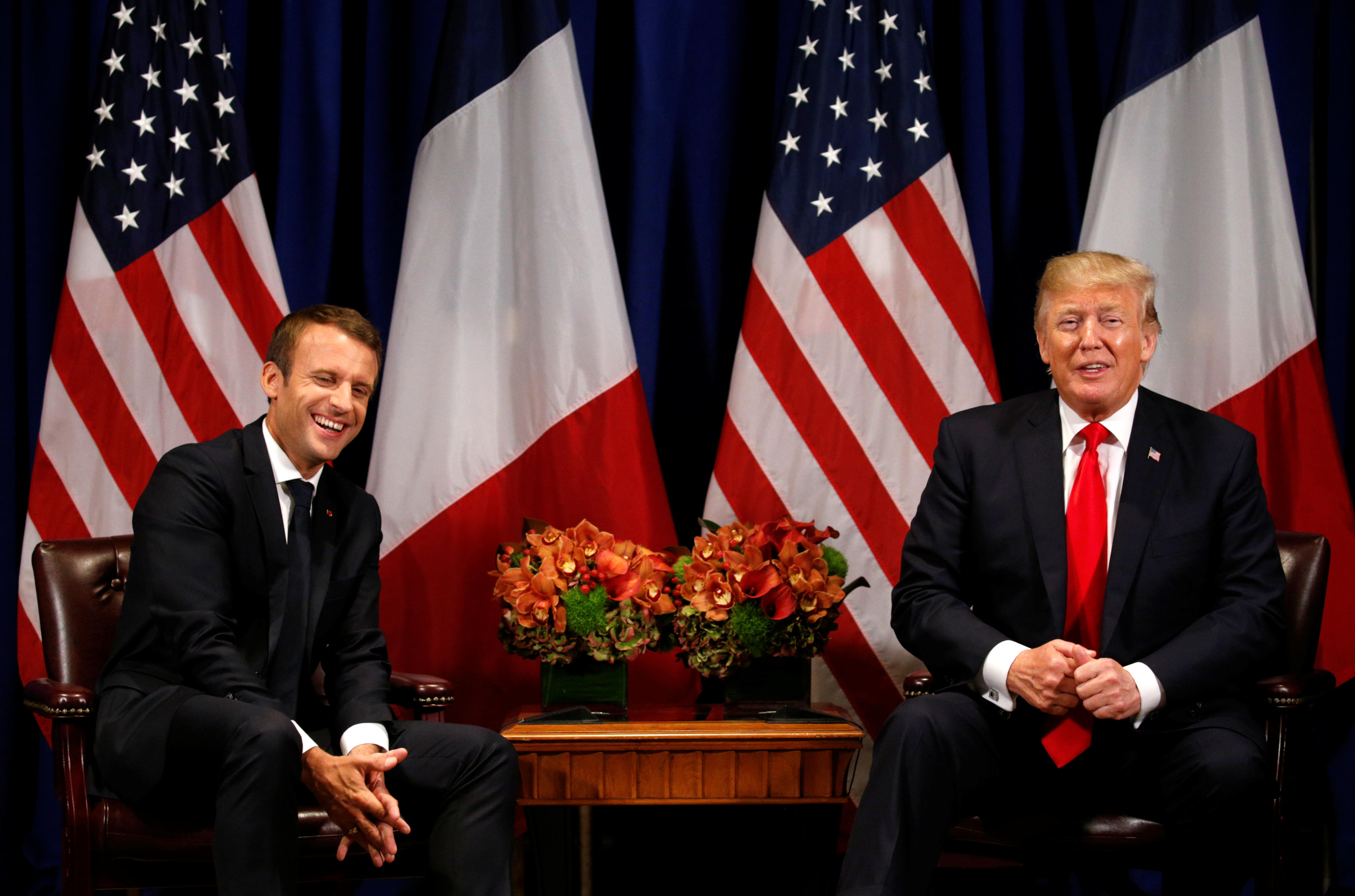 The president recalled that he was so impressed with the French military parade he saw when he visited Paris on Bastille Day that he now wants to replicate it in the U.S. on the Fourth of July -- on Pennsylvania Avenue.

The parade would showcase U.S. military might. Military spending is $700 billion this year -- more than we've ever spent, he mentioned to French President Emmanuel Macron during a meeting at the United Nations Monday. Macron hosted the president and first lady Melania Trump for France's military parade, and President Trump said the two-hour procession was a "tremendous thing for France and for the spirit of France."

In the U.S. version, Mr. Trump envisions tanks and planes rolling down and streaking above Pennsylvania Avenue. And he said he wants the parade to be bigger and better than the one he saw in France.

"It was one of the greatest parades I have ever seen," the president said. "It was two hours on the button, and was military might, and I think a tremendous thing for France and the spirit of France."

"And to a large extent, because of what I witnessed, we may do something like that on July 4th in Washington, down Pennsylvania Avenue," Mr. Trump said. "We're going to have to try and top it."

He noted that France's parade featured representatives from different wars and armed forces wearing different uniforms. "It was really so well done," he said.

"So we're actually thinking about 4th of July, Pennsylvania Avenue, having a really great parade to show our military strength," President Trump added.

Mr. Trump watched enthusiastically from a reviewing stand on July 14 as the French military showcased its tanks and fighter jets, including many U.S.-made planes, along the famed Champs-Elysees. The occasion also marked the 100th anniversary of the U.S. entrance into World War I.

Mr. Trump even said he has already discussed the parade idea with his chief of staff, John Kelly, a retired Marine general.

Washington already holds quite a few parades, including some with military participation that are held on Memorial Day and July 4. But those patriotic processions typically involve marching bands and uniformed elements, not the grand display of military hardware that President Trump envisions.