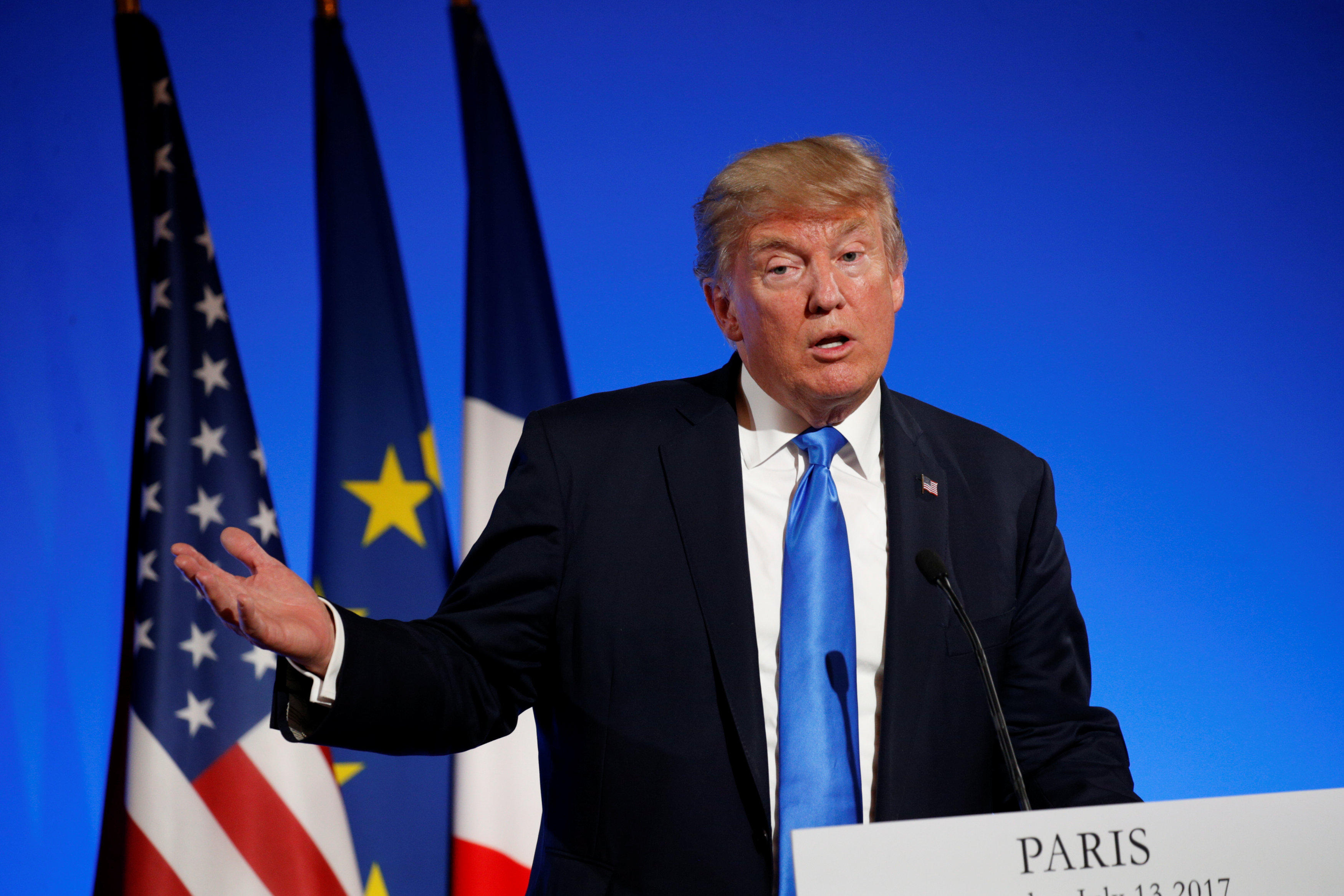 Donald Trump may enjoy a parade as much as anyone else, but behind the marching bands in Paris was the drumbeat of the alleged Russian collusion scandal that continues to dog his presidency.

It was a great show of French — and this year also of American — power.

A grand parade celebrating two great historic events might seem like a good place to forget about those niggling concerns back home. But those concerns paraded along the Champs Elysee along with French and American troops to commemorate the French Revolution and the entry of the U.S. into the First World War 100 years ago.

The meeting during the election campaign between the president's son Donald Jr. and a Russian lawyer promising dirt on Hillary Clinton has hung over this visit like a cloud of bad news.

The president had to spend a large part of his time in Paris defending his son. The meeting produced no useful dirt, he said, and was just part of the nasty business of politics.

"It's called opposition research or even research into your opponent. I've only been in politics for two years. But I've had many people call up, 'oh gee, we have information on this factor or this person or frankly, Hillary,'" Mr. Trump said at a news conference with French President Emmanuel Macron.

The Russian scandal is just one of the president's problems here.

He was also given a history lesson. The U.S. entry into World War I began a century of involvement in European affairs that many fear Mr. Trump is trying to reduce – just as he is ending American involvement in the Paris accords to try to limit the effects of climate change.

On that, perhaps to offer some encouragement to his host, French President Emmanuel Macron, he dangled the slim prospect he might change his mind.

"Yah, I mean, something could happen with respect to the Paris accord. We'll see what happens," Mr. Trump said at a joint press conference with Macron.

This was supposed to be a quick and easy little visit to commemorate history, but it became an intense political drama very much about the troubles of today.

Banksy painting self-destructs after its sale