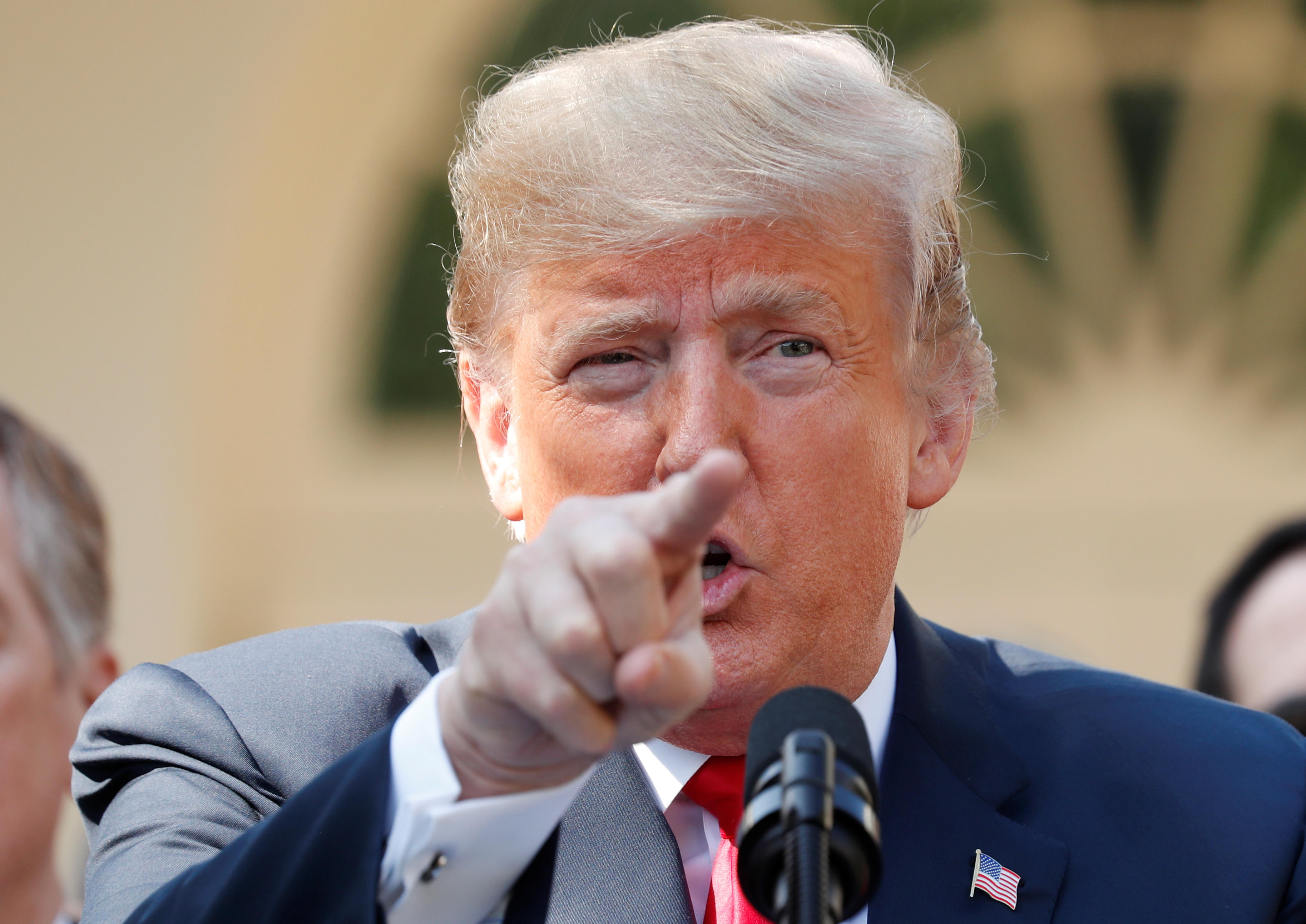 President Trump declared in a Rose Garden press conference Monday the FBI should interview "anybody they want, within reason," as they conduct a supplemental investigation for Supreme Court nominee Brett Kavanaugh's background file.

The president said it "wouldn't bother" him at all if the scope of those interviews includes Julie Swetnick, the woman who alleges Kavanaugh was "present" when she was "gang-raped" at a high school party. Mr. Trump made extensive comments about his nominee in a press conference that was, at first, focused on a new trade agreement reached with Canada and Mexico.

"Anybody they want, within reason," the president said, asked about the scope of the review. "But be guided. And I am guided by what the senators are looking for, they have to make the choice."

Mr. Trump on Friday said he had ordered the FBI to conduct the supplemental probe at the request of the Senate Judiciary Committee. A vote on Kavanaugh's nomination is being delayed up to one week while the FBI investigates multiple claims of sexual misconduct leveled against the nominee.

Mr. Trump claimed Monday he has instructed White House counsel Don McGahn to have the FBI speak with anyone as needed, emphasizing his "White House will do whatever the senators want."

Sen. Jeff Flake, the Arizona Republican who held up the vote on Kavanaugh with his request for an FBI review, said at a Forbes 30 under 30 event in Boston Monday he will continue to confer with the White House counsel's office to make sure it is a full investigation.

"We certainly want the FBI to do a real investigation, and we are working to make sure that that happens," Flake said.

Mr. Trump said he said he doesn't want the review to become a "witch hunt," using the phrase he often uses for the Russia investigation.

The president on Monday continued to defend Kavanaugh, whom he declared, as he has in the past, a fine man. Mr. Trump did express surprise at how much Kavanaugh discussed his drinking habits as a teenager.

"I watched him. I was surprised at how vocal he was about the fact that he likes beer," Mr. Trump said.

The president has shared in the past he doesn't drink because of alcoholism issues in his family.

"I can honestly say I've never had a beer in my life. One of my only good traits. I don't drink," the commander-in-chief said. "Can you imagine if I had, what a mess I be? I'd be the world's worst," he joked.