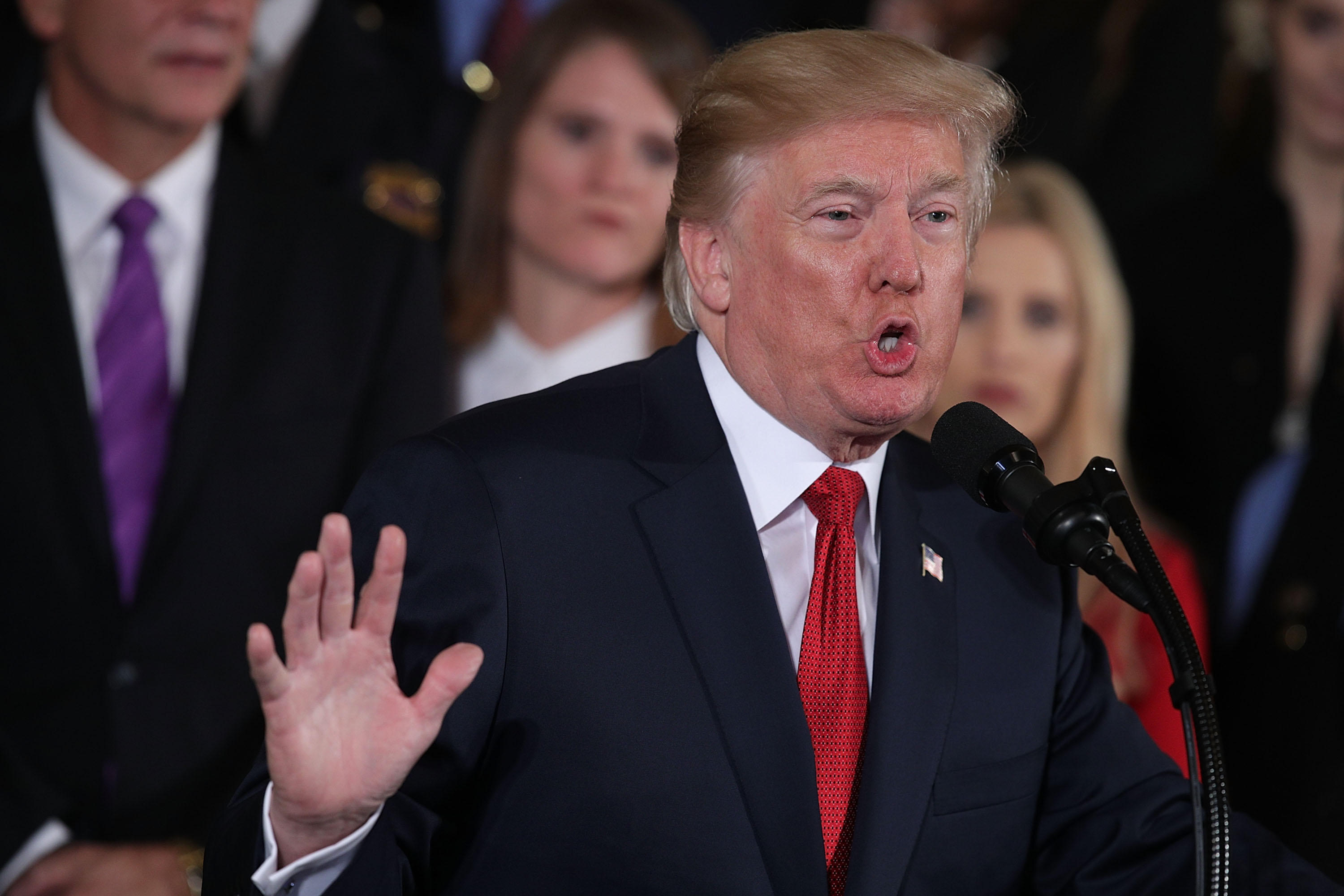 President Trump appeared to criticize investigations into Russian meddling in the 2016 U.S. election and any possible ties to the Trump campaign in a string of tweets on Sunday.

"The Dems are using this terrible (and bad for our country) Witch Hunt for evil politics, but the R's... are now fighting back like never before," he tweeted.

He kicked off the series of tweets by posting: "Never seen such Republican ANGER & UNITY as I have concerning the lack of investigation on Clinton made Fake Dossier (now $12,000,000?), the Uranium to Russia deal, the 33,000 plus deleted Emails, the Comey fix and so much more."

He went on, writing, "Instead they look at phony Trump/Russia... 'collusion,' which doesn't exist."

Mr. Trump ended his series of tweets by posting, "All of this 'Russia' talk right when the Republicans are making their big push for historic Tax Cuts & Reform. Is this coincidental? NOT!"

The president's tweets follow a significant development in the special counsel's investigation into Russian election meddling and possible Trump campaign ties. The federal grand jury being used by special counsel Robert Mueller in the probe has approved the first charges stemming from the investigation, sources told CBS News.

The indictment is currently under seal but is expected to become public as early as Monday. The nature of the charges, and the identity or number of individuals targeted, are unclear.

Ty Cobb, President Trump's personal lawyer, said on Sunday that Mr. Trump's tweets were not related to the development.

In a statement to CBS News, Cobb said, "The President's comments today are unrelated to the activities of the Special Counsel, with whom he will continue to cooperate."

The DNC and Clinton campaign-funded research continued through the end of October 2016, according to the Post's report.