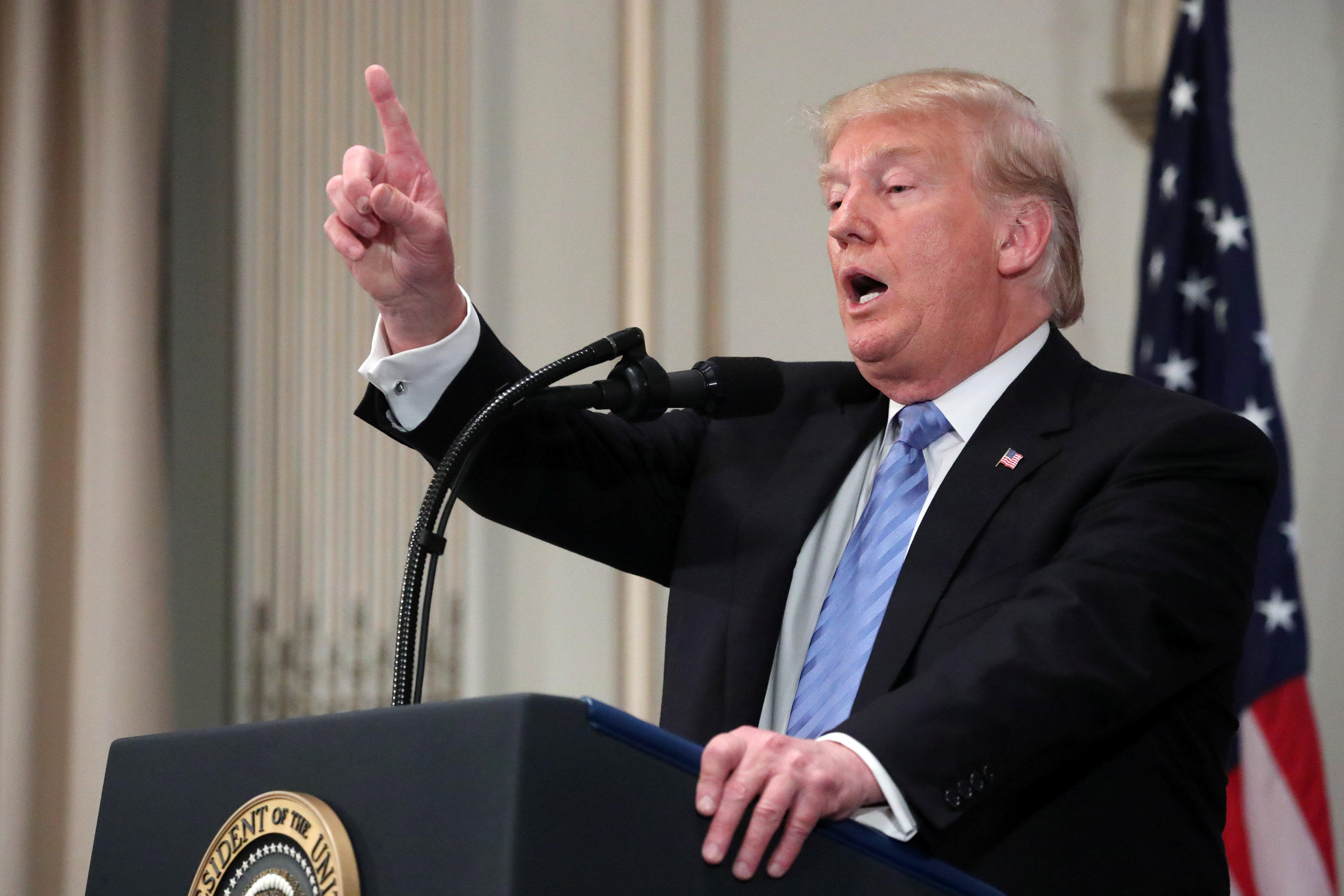 President Trump said at a press conference Wednesday that he "may delay" his meeting with Deputy Attorney General Rod Rosenstein, currently scheduled for Thursday. Mr. Trump said his "preference would be to keep" Rosenstein in charge of the special counsel investigation.

Mr. Trump he doesn't want "anything to get in the way of the Supreme Court pick." Supreme Court nominee Brett Kavanaugh is scheduled to testify Thursday before the Senate Judiciary Committee along with Christine Blasey Ford, a woman accusing him of attempted sexual assault at a party when they were in high school.

Rosenstein's job has been in question since The New York Times reported last week that he had talked about recording the president and invoking the 25th Amendment against Mr. Trump, which would set in motion the process to remove him from office. A source familiar with the situation told CBS News' Paula Reid on Monday that Rosenstein expected to be fired.

After Rosenstein's much-publicized meeting Monday at the White House, Press Secretary Sarah Huckabee Sanders said Rosenstein had spoken to Mr. Trump on the phone and would meet with him in person when the president returned from New York.

Mr. Trump said he had spoken to Rosenstein, and Rosenstein said he "never said" he would invoke the 25th Amendment.

If Rosenstein were to resign or be fired, oversight of Special Counsel Robert Mueller's Russia investigation would be passed to Solicitor General Noel Francisco, according to the Justice Department. Attorney General Jeff Sessions has recused himself from the Russia investigation.

It's possible Mr. Trump could use the Vacancies Reform Act to appoint a new acting deputy attorney general.