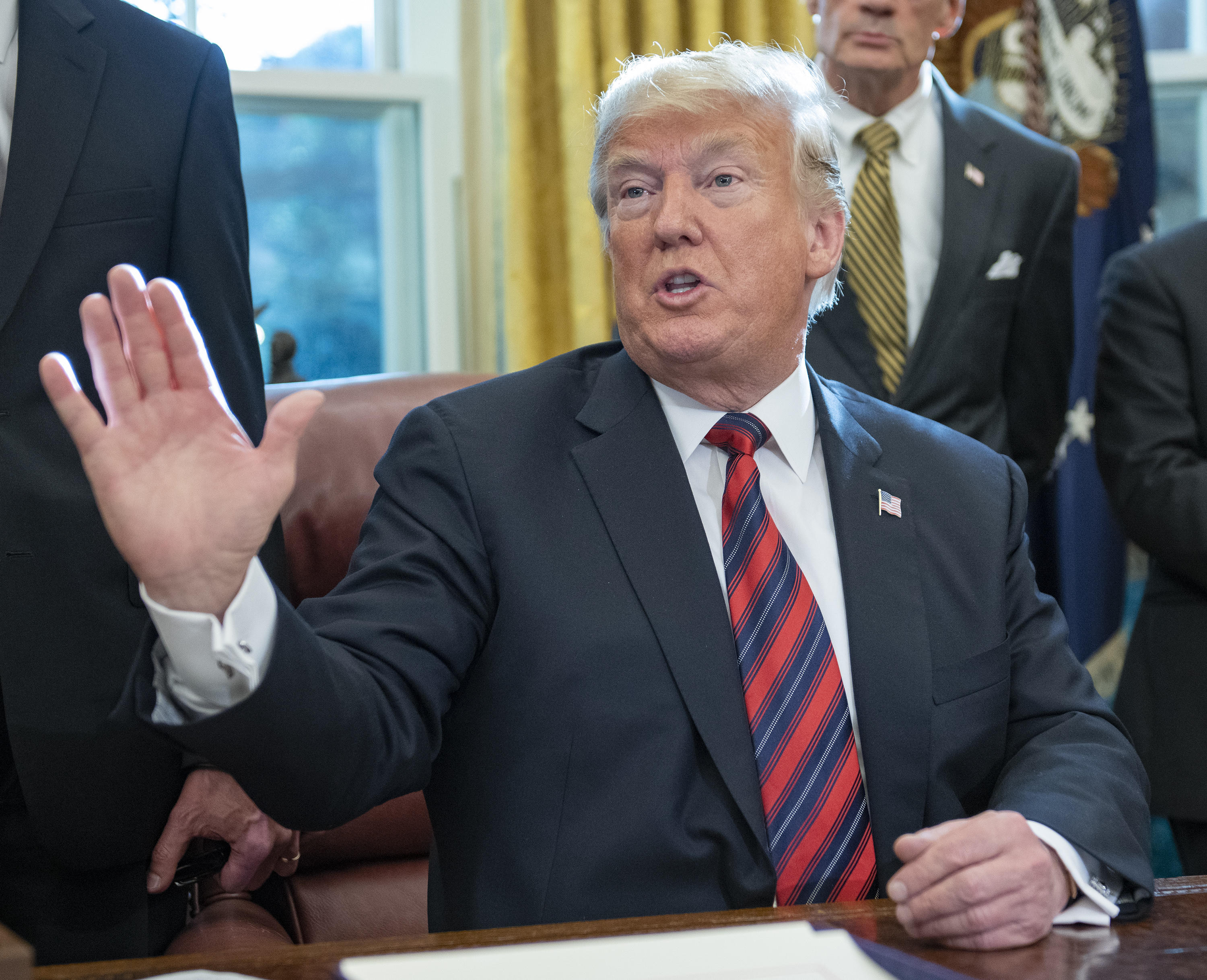 President Trump says a report that Chinese spies are eavesdropping on his cellphones calls is "sooo wrong," saying in a tweet Thursday morning that he only uses government phones and has only one government cellphone that he rarely uses.

The report in the New York Times is " so incorrect," Mr. Trump said. "I only use Government Phones, and have only one seldom used government cell phone. Story is soooo wrong!"

The Times reported that the president uses his own iPhones to call friends and "gossip, gripe or solicit their latest take on how he is doing." Citing current and former American officials, the newspaper reported that American intelligence reports indicate Chinese spies often listen to these calls.

Responding to Mr. Trump's denial, the former White House aide Omarosa Manigault Newman said the president regularly uses his own personal cellphones. "Clearly #45 memory is fading fast... He ALWAYS used his personal iPhone in WH for calls even after being told over and over again about the security risk," she said in a tweet. "He disliked his secure gov issued cell- he said it was slow and "buggy"."

Aides have warned the president "repeatedly" that his cellphone calls are not secure, and have told him Russian spies are eavesdropping too, the Times said. Mr. Trump has been "pressured" into using a secure White House landline more, but refuses to gives up his iPhones, the newspaper said. White House officials "can only hope" he refrains from talking about classified information on those phones, the report said.

The officials also told the Times that China is trying to use what it learns from the calls to keep a trade war with the U.S. from escalating. And they say China has put together a list of the people Mr. Trump speaks to regularly, including Blackstone Group CEO Stephen Schwarzman and casino magnate Steve Wynn.

Russia is not believed to be running as sophisticated an effort to influence the president as China is, according to the Times.