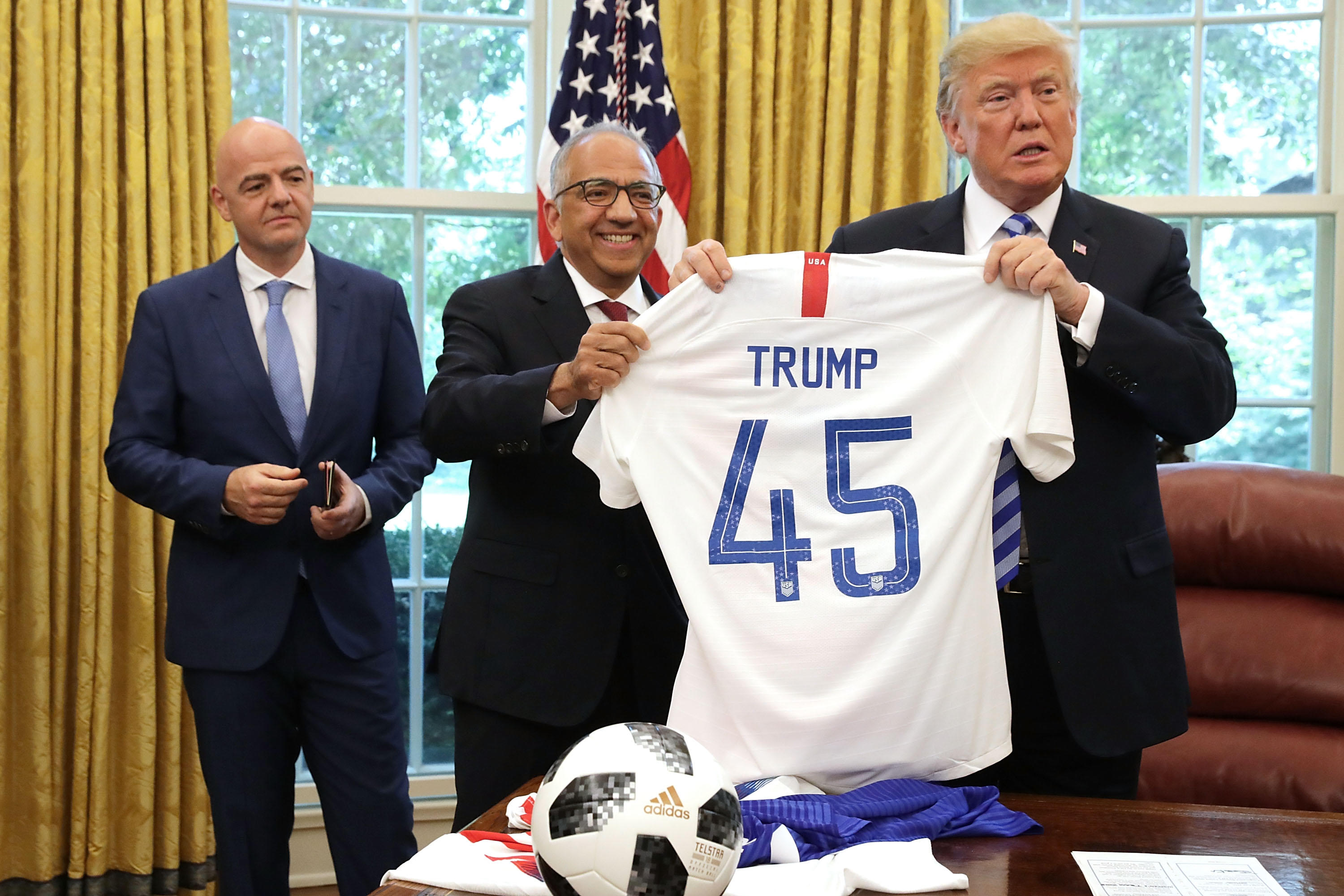 President Trump welcomed FIFA's newest president Gianni Infantino to the White House on Tuesday where Mr. Trump hailed the upcoming 2026 World Cup games as being a "very important and special event." Infantino replaced former FIFA president Sepp Blatter who was ousted after more than 17 years as president of the soccer body amid rampant bribery and corruption investigations.

North America was recently selected to host the next 2026 World Cup where the United States, Canada and Mexico will jointly hold the games. In their deciding votes, FIFA body members cited the financial and logistical certainty of the North America bid with 134 votes of support.

Mr. Trump said there would be a "great partnership" between Canada and Mexico as they carry out the upcoming games.

The relationship between the North American countries is of particular note as of late as the countries continue ongoing negotiations over trade.  Just this week, the president announced a trade "understanding" with Mexico which could lead to an overhaul of the North American Free Trade Agreement. It's unclear yet if Canada will be a part of any revised agreement.

Mr. Trump also noted the outstanding disputes over financing of a wall along the U.S.-Mexico border. He told reporters on Tuesday that "the wall will be paid for very easily" and be paid for by Mexico. Mexico's government has repeatedly denied that they would be footing the bill to the president's long-promised border wall.

As the international event will now return to the U.S. for the first time since 1994, Mr. Trump acknlowedged he would be out of office by the  time the games take place. "Maybe they'll be extend the term," Mr. Trump joked, adding, "the media is going to be very boring if they don't."

In a separate jab at the press, Infantino presented Mr. Trump with his own personal set of red and yellow penalty cards, typically used during soccer matches.  Infantino suggested the president could use a card during future meetings with the press. The president agreed, saying, "I like that!" as he pretended to throw out a red card at the assembled press pool.