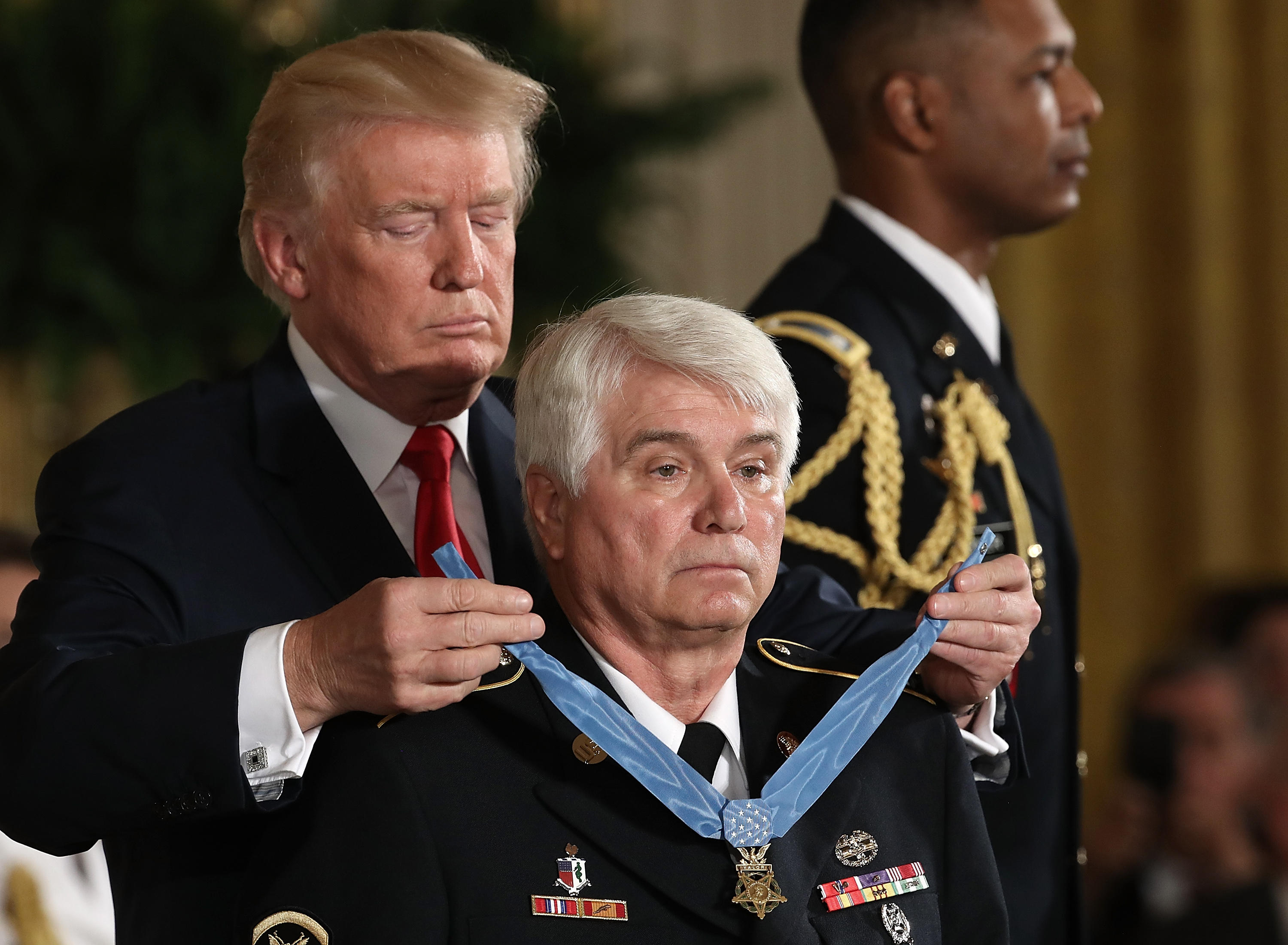 WASHINGTON -- An Army medic from Michigan who risked his life multiple times to rescue Vietnam War comrades is the first person to be awarded the Medal of Honor by President Trump.

"For over two centuries our brave men and women in uniform have overcome tyranny, fascism, communism and every threat to our freedom. Every single threat, they have overcome," Mr. Trump said. "And we've overcome these threats because of titans like Jim, whose spirit could never be concurred. That's what this award is, and Jim's life represents so well: America's unbreakable spirit."

McCloughan was a 23-year-old private first class who had been drafted into the Army when, in 1969, he found himself in the middle of the raging, days long Battle of Hui Yon Hill. McCloughan voluntarily entered the "kill zone" to rescue injured comrades, even as he was pelted with shrapnel from a rocket-propelled grenade.

"The worst 48 hours of my life, and I'm getting an award for it," McCloughan told CBS News' David Martin in an interview.

In its announcement last month, the White House said McCloughan "voluntarily risked his life on nine separate occasions to rescue wounded and disoriented comrades. He suffered wounds from shrapnel and small arms fire on three separate occasions, but refused medical evacuation to stay with his unit, and continued to brave enemy fire to rescue, treat, and defend wounded Americans."

More in Medal Of Honor

Now 71 and living in South Haven, Michigan, McCloughan told The Associated Press in an interview last month that the battle was "the worst two days of my life."

McCloughan described the shrapnel as "a real bad sting" and recalled, "I was tending to two guys and dragging them at the same time into a trench line." He said he looked down to see himself covered with blood, a wound so bad that it prompted a captain to suggest that he leave the battlefield to seek treatment.

"He knew me enough to know that I wasn't going," McCloughan said.

The combat medic stuck around until the battle ended, coming to the aid of his men and fighting the enemy, even knocking out an enemy RPG position with a grenade at one point. In all, the Pentagon credits McCloughan with saving the lives of 10 members of his company.

The Medal of Honor is given to Armed Forces members who distinguish themselves by going above and beyond the call of duty in battle.

"We honor you, we salute you, and with God as your witness, we thank you for what you did for all of us," Mr. Trump said to McCloughan.

McCloughan left the Army in 1970 and spent decades teaching psychology and sociology and coaching football, baseball and wrestling at South Haven High School. He retired in 2008.

In 2016, Defense Secretary Ash Carter recommended McCloughan for the Medal of Honor. But since the medal must be awarded within five years of the recipient's actions, Congress needed to pass a bill waiving the time limit. Then-President Obama signed the measure in late 2016, but he didn't get the opportunity to recognize McCloughan with the medal before his term ended this year.

"President Donald Trump will be putting that on me for the first time in his experience of doing such a thing," McCloughan said. "That's pretty special."