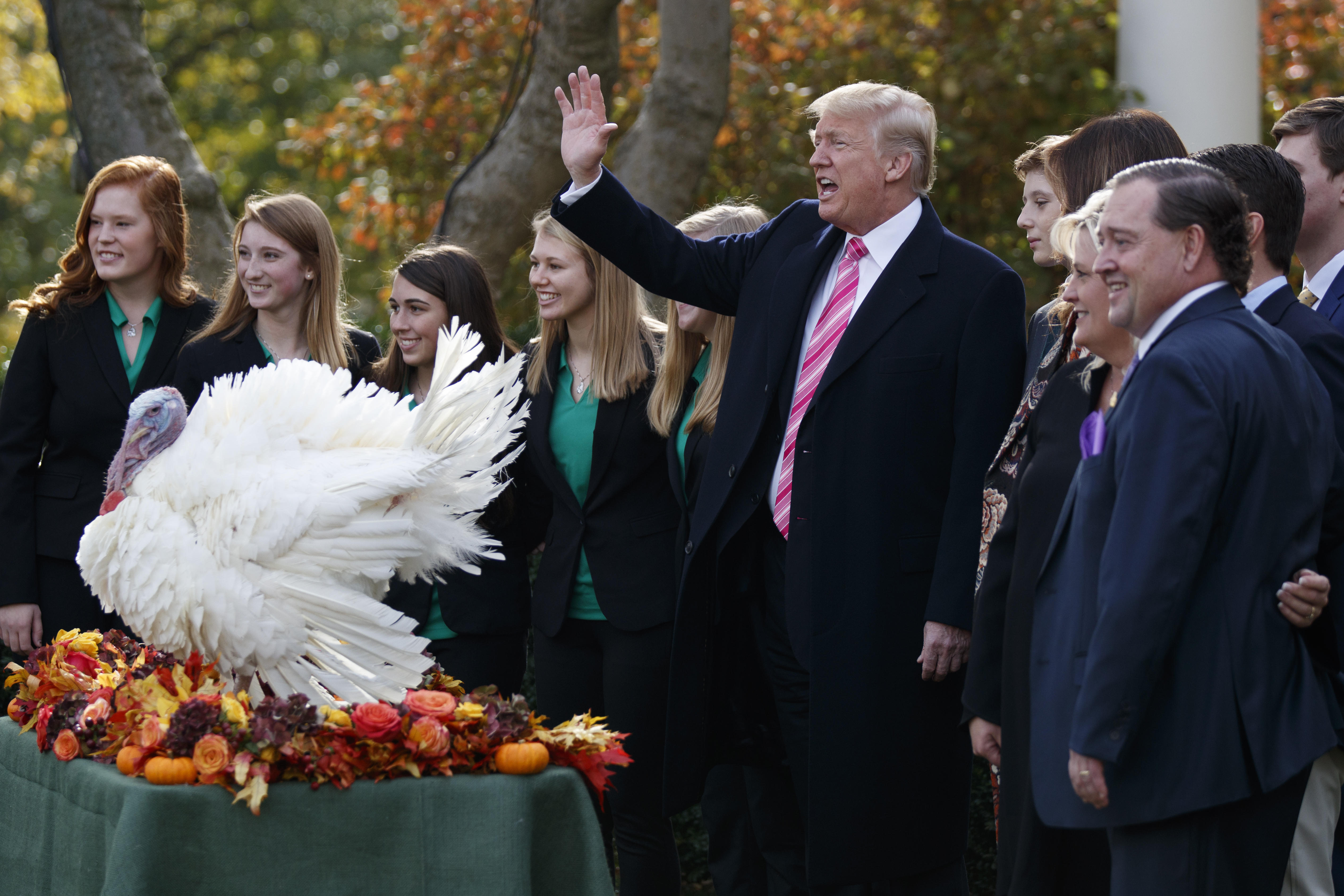 "As many of you know, I have been very active in overturning some of my predecessors executive actions," Mr. Trump joked, adding that the White House counsel informed him that "Tater and Tot's pardons cannot under any circumstances be revoked."

"Tater and Tot, you can rest easy," he said.

Tater and Tot refer to the two turkeys President Obama pardoned during his last year in the White House.

Although Mr. Trump officially pardoned two turkeys, the Twittersphere chose Drumstick, rather than his feathered friend Wishbone, to be the official National Turkey.

Hard to say whether it was the "tall and proud" strut style that won over voters or his love of classic rock band Journey, but Drumstick was the clear favorite over Wishbone, more of a shuffler who's fond of country music, according to their White House profiles. In any case, both birds, which hail from Minnesota, will be pardoned and will live out the rest of their days at Virginia Tech's "Gobblers Rest" exhibit.

While Drumstick got the pardoning spotlight in the Rose Garden, Wishbone made an appearance earlier Tuesday in the White House briefing room alongside White House Press Secretary Sarah Huckabee Sanders. Wishbone, flanked by a few members of the National Turkey Federation, ruffled his feathers and gobbled behind the briefing podium.

There is some debate over which president began the annual turkey pardoning tradition, but President George H.W. Bush made it an official holiday event in 1989, pardoning one lucky bird.