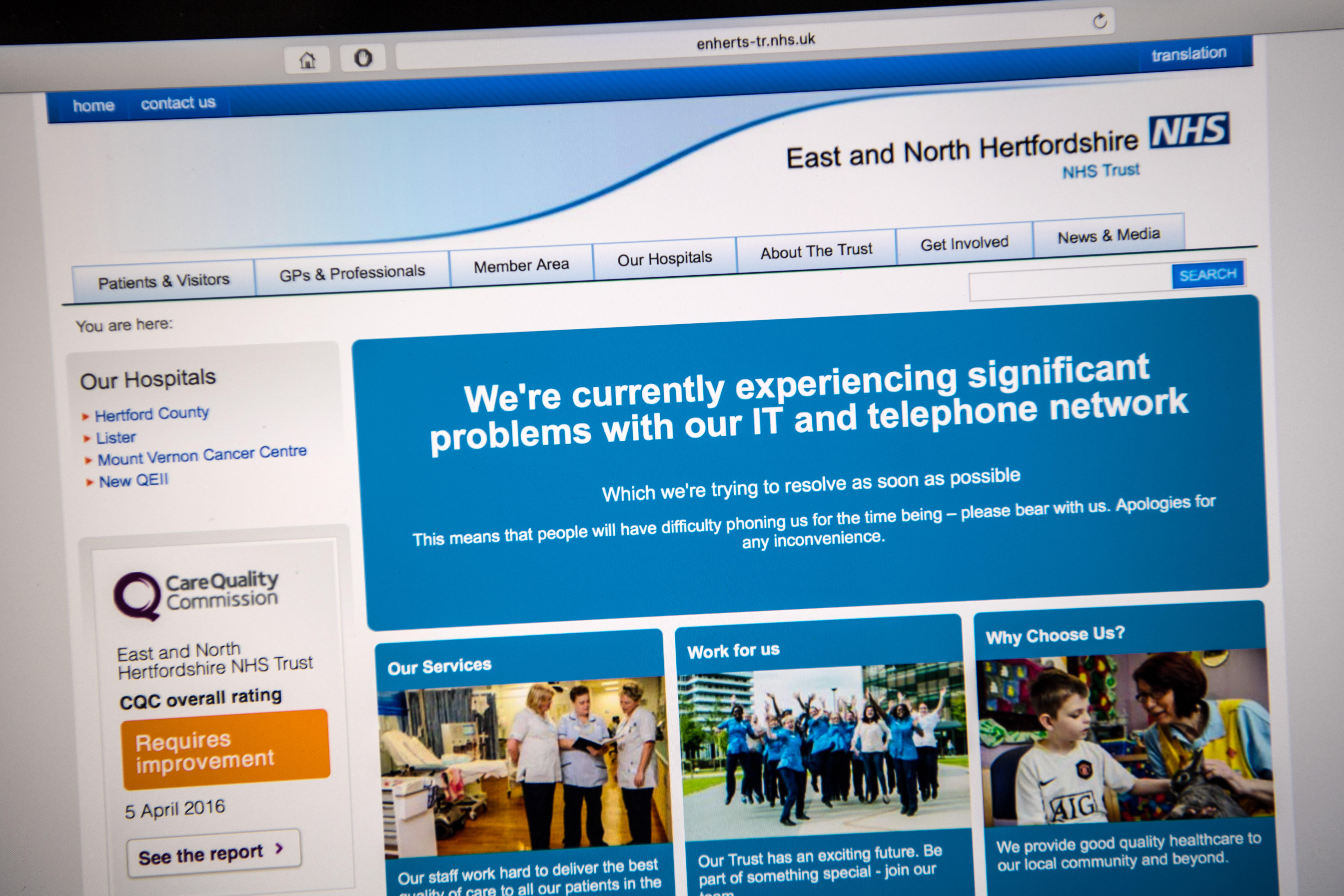 White House officials said that President Donald Trump ordered an "emergency meeting" to address a global cyberattack that Europol says has so far hit more than 100,000 organizations in at least 150 countries.

Details into the specifics of what was discussed have yet to be revealed. But the attack, already believed to be the biggest online extortion scheme ever recorded, is being deemed an "escalating threat" after hitting 200,000 victims across the world since Friday, according to the head of Europol, Europe's policing agency.

The 200,000 victims included more than 100,000 organizations, Europol spokesman Jan Op Gen Oorth told The Associated Press. He said it was too early to say who was behind the onslaught and what their motivation was, aside from the obvious demand for money. So far, he said, not many people have paid the ransom demanded by the malware.

The unprecedented "ransomware" cyberattack could wreak even more havoc Monday as people return to their desks and power up their computers at the start of the work week.

The attack held users hostage by freezing their computers, encrypting their data and demanding money through online bitcoin payment — $300 at first, rising to $600 before it destroys files hours later. The effects were felt across the globe, with Britain's National Health Service, Russia's Interior Ministry and companies including Spain's Telefonica, FedEx Corp. in the U.S., and French carmaker Renault all reporting disruptions.

Chinese media reported Sunday that students at several universities were hit, blocking access to their thesis papers and dissertation presentations.

Had it not been for a young British cybersecurity researcher's accidental discovery of a so-called "kill switch" that halted the unprecedented outbreak, the malicious software likely would have spread much farther and faster. Britain's National Cyber Security Center and others were hailing the researcher, a 22-year-old known as "MalwareTech," who wanted to remain anonymous.

He said he spotted a hidden web address in the "WannaCry" code and made it official by registering its domain name. That move, which cost just $10.69, redirected the attacks to the server of Kryptos Logic, the security company where he works. The server operates as a "sinkhole" to collect information about malware -- and in Friday's case kept the malware from escaping.

While that quick thinking may have slowed the outbreak, MalwareTech said he was now looking into a possible second wave of attacks.

"It's quite an easy change to make, to bypass the way we stopped it," he told the AP.

Darien Huss, a 28-year-old research engineer who helped MalwareTech, agreed the threat was far from over.

"We could potentially see copycats mimic the delivery or exploit method they used," he said.

Both joined security officials in urging organizations to protect themselves by installing security fixes right away, running antivirus software and backing up data elsewhere.

"Just patch their systems as soon as possible," MalwareTech said. "It won't be too late as long as they're not infected. It should just be a case of making sure installing updates is enabled, installing the updates, and reboot."

The ransomware appeared to exploit a vulnerability in Microsoft Windows that was purportedly identified by the U.S. National Security Agency for its own intelligence-gathering purposes. The NSA tools were stolen by hackers and dumped on the internet.

Experts say this vulnerability has been understood among experts for months, yet too many groups failed to take it seriously. Microsoft had "patched," or fixed it, in updates of recent versions of Windows since March, but many users did not apply the software fix.

Worse, the malware was able to create so much chaos because it was designed to self-replicate like a virus, spreading quickly once inside university, business and government networks.

Microsoft was quick to change its policy, announcing free security patches to fix this vulnerability in the older Windows systems still used by millions of individuals and smaller businesses. Before Friday's attack, Microsoft had made fixes for older systems, such as 2001's Windows XP, available only to those who paid extra for extended technical support.

"The problem is the larger organizations are still running on old, no longer supported operating systems," said Lawrence Abrams, a New York-based blogger who runs BleepingComputer.com. "So they no longer get the security updates they should be."

Short of paying, options for those already infected are usually limited to recovering data files from a backup, if available, or living without them.

"There are other criminals who've launched this attack, and they are ultimately responsible for this," he said. "But there's clearly some culpability on the part of the U.S. intelligence services. Because they could have done something ages ago to get this problem fixed, and they didn't do it."

He said most people "are living an online life," and these agencies have a duty to protect their countries' citizens in that realm as well.

"Obviously, they want those tools in order to spy on people of interest, on other countries, to conduct surveillance," Cluley said. "It's a handy thing to have, but it's a dangerous thing to have. Because they can be used against you. And that's what's happening right now."

Navy engineer's wife detained in conspiracy case, despite argument against