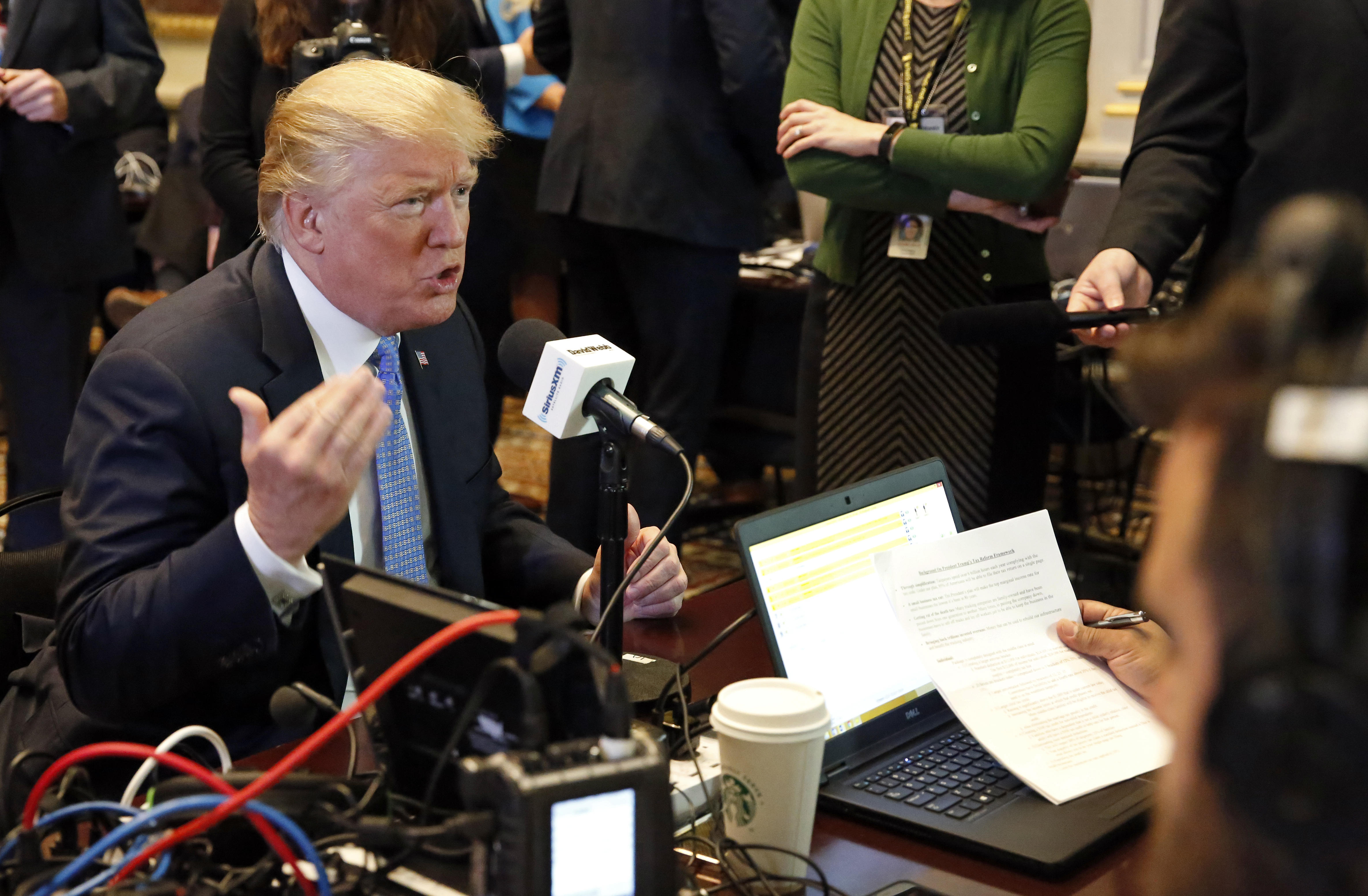 President Trump did not back down from claims he made at the Rose Garden on Monday, in which he appeared to suggest that past presidents, particularly President Obama, did not call the families of soldiers killed in action.

"President Trump spoke to all four of the families of those who were killed in action in Niger," White House Press Secretary Sarah Huckabee Sanders said in a statement on Tuesday. "He offered condolences on behalf of a grateful nation and assured them their family's extraordinary sacrifice to the country will never be forgotten."

Asked during an interview with Fox News Radio's Brian Killmeade on Tuesday if he wanted to clarify those comments, Mr. Trump responded, "there's nothing to clarify."

He added, "If you look at my whole, this was fake news CNN. They are a bunch of fakers, for the most part, for the best of my knowledge I've called every family of somebody that's died, and it's the hardest call to make, I said it loud and clear yesterday."

In another slap at Obama, Mr. Trump said, "Now, as far as other presidents, I don't know, I mean you can ask General Kelly, did he get a call from Obama? You could ask other people. I don't know what Obama's policy was. I write letters and I also call."

Mr. Trump was referring to Robert Kelly, son of White House Chief of Staff John Kelly, who was killed by an IED while serving as a second lieutenant in Afghanistan in 2010.  It was Gen. Joseph Dunford, now the chairmain of the Joint Chiefs of Staff and among Kelly's closest friends, who appeared at his door in Washington D.C., early in the morning to inform him, according to the Washington Post, which also wrote that as soon as Kelly saw Dunford in his service uniform, he knew his son was dead.

A senior administration official says that Obama did not call Kelly after the death of his son.

The president said he calls "virtually everybody " in tragic situations.

Following Monday's impromptu press conference, representatives from the Clinton, Bush and Obama administration weighed in on Mr. Trump's claims that "most of them didn't make calls" to families of fallen soldiers.

"To say President Obama (or past presidents) didn't call the family member of soldiers KIA (killed in action) -- he's a deranged animal," she added.

A former White House official also told CBS News, "President Trump's claim is wrong. President Obama engaged families of the fallen and wounded warriors throughout his presidency through calls, letters, visits to Section 60 at Arlington, visits to Walter Reed, visits to Dover, and regular meetings with Gold Star Families at the White House and across the country."

An aide to former President Bill Clinton confirmed he, too, called the families of fallen soldiers while he was in office.

A spokesperson for former President George W. Bush also confirmed Bush had written to families of the fallen as well as called hundreds, if not thousands, of loved ones.

White House adviser Kellyanne Conway also weighed in on the claims, telling FOX News Channel's "FOX & Friends" that the president was merely saying that "there are many different ways to reach out to these families."

"Sometimes you call, sometimes you write, sometimes you actually meet them in person. And he doesn't always make public when he is doing that because these are very private, very solemn, sacrosanct moments," said Conway.

She added, "The president, I think made very clear there what he meant and what he was saying... His focus is always on the grieving on the families, on the loss of life and on protecting our soldiers."