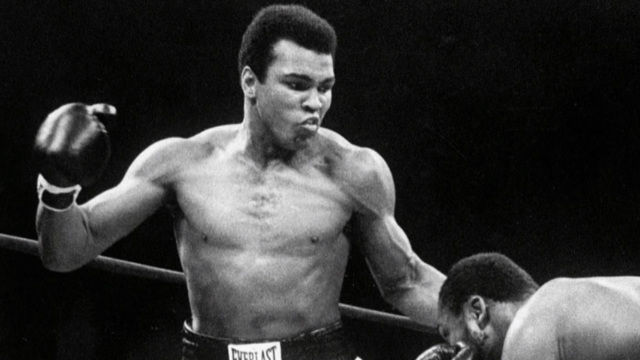 Not everyone was thrilled by the move. In a statement, Rev. Al Sharpton said Mr. Trump's "consideration of posthumous pardoning Muhammad Ali is nothing more than grandstanding and Muhammad Ali's conviction, which was overturned in 1971, was based upon his beliefs and his religion and Trump can begin honoring by stopping engaging in anti-Muslim and Islamophobic policies and rhetoric. You can't stand up for Islam while simultaneously denigrating it."

Muhammad Ali's lawyer, Ron Tweel, also released a statement saying the pardon was not needed: "We appreciate President Trump's sentiment, but a pardon is unnecessary. The U.S Supreme Court overturned the conviction of Muhammad Ali in a unanimous decision in 1971. There is no conviction from which a pardon is needed."

Mr. Trump's already granted a posthumous pardon to boxing's first black heavyweight champion, Jack Johnson — convicted of violating a law that made it illegal to transport women across state lines for "immoral" purposes. Earlier this week, Mr. Trump commuted the life sentence of a woman whose cause was championed by Kim Kardashian West.

The issue stems from 1967, when Ali refused to enter the military during the Vietnam War, declaring himself a conscientious objector. "I ain't got no quarrel with them Vietcong," he famously said at the time.

His decision resulted in a draft-evasion conviction, and he was stripped of his heavyweight boxing crown. Ali's legal fight ended in 1971, when the Supreme Court ruled in his favor and overturned the conviction.

Ali would also be covered by President Carter's 1977 amnesty for Americans who avoided military service during the Vietnam War.

Still, posthumous pardons are tremendous symbolic weight, and Ali lost some of his prime boxing years due to the legal case. Should Mr. Trump pardon Ali, it would be only the fourth posthumous pardon in the U.S.

Pardons neither repeal convictions nor necessarily imply that the person pardoned was innocent. However, posthumous pardons, like the one of Johnson, do tend to indicate a president's view that a person was wrongfully convicted.

However, if Mr. Trump does pardon Ali, it would be the first posthumous pardon for a conviction that has already been overturned.