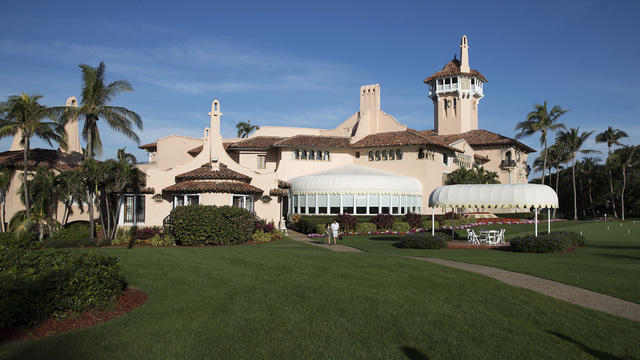 Law enforcement detained the driver of the press van in President Donald Trump's motorcade on Monday morning in West Palm Beach after U.S. Secret Service found a handgun in the driver's bag.

The handgun was found during a routine security screening prior to the motorcade's departure from Mr. Trump's Mar-a-Lago club to Trump International Hotel, where the president plays golf.

The driver told law enforcement that he forgot to leave his gun behind in his personal car before getting into the press van to drive the pool of journalists trailing Mr. Trump for the day. After the firearm was located during the screening off club grounds in a parking lot across the street, the driver was not allowed onto club grounds. The drivers of the other two vans were also removed as a precaution.

White House press staffers replaced the professional drivers after the incident and drove the three press vans in their absence. One of the White House staffers accidentally hit a Secret Service vehicle in the parking lot, causing minor damage.

The Secret Service released a statement confirming the incident Monday:

The incident occurred 37 miles away from Parkland High School less than week after 19-year-old Nikolas Cruz allegedly killed 17 people with a semiautomatic AR-15 rifle. Florida is a concealed-carry state.

White House press secretary Sarah Huckabee Sanders released a statement Monday morning which said Mr. Trump is "supportive of efforts to improve the Federal background check system." However, the president, who has tweeted 32 times since the mass shooting, has yet to mention gun control himself.

The White House, as is its practice, would not confirm the president's activities at the Trump International Golf Club. Mr. Trump arrived at his Florida property — the "Winter White House" — on Friday, after visiting the victims of the Parkland, Florida mass shooting Friday night, as well as members of law enforcement at the Broward County Sheriff's office. He skipped golf on Saturday and Sunday, but according to several photographs posted on social media by people at Mar-a-Lago, the president socialized with members throughout the weekend and seems to have made an appearance at one party, at least.