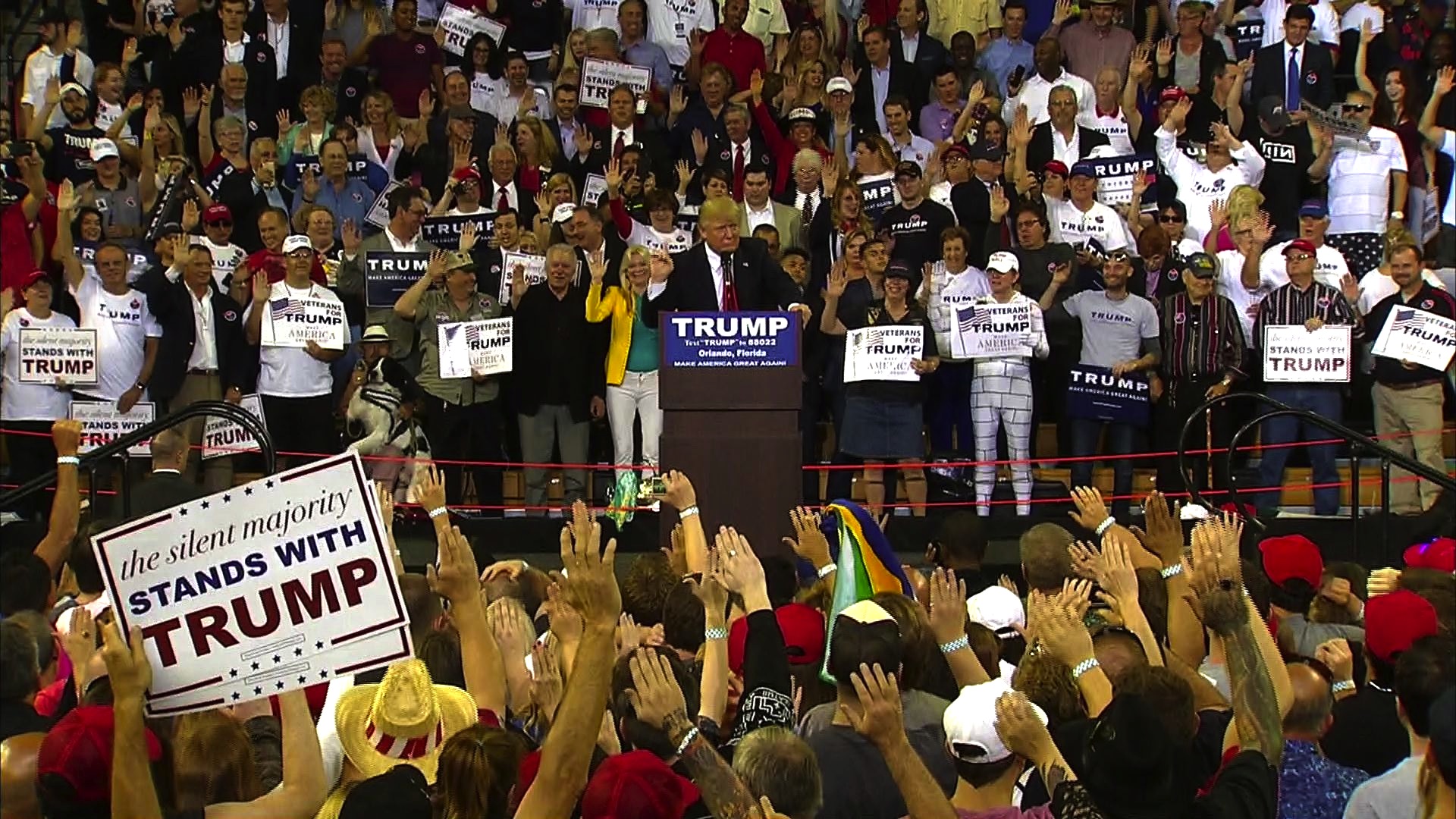 During a large campaign rally in Orlando, Florida, just one of the Republican candidate's stops on Super Saturday, Donald Trump called for attendees to raise their right hands and follow him in a pledge that provoked an immediate response on social media.

"Let's do a pledge. Who likes me in this room?" Trump inquired while standing at the center podium, encircled by supporters.

"Raise your right hand. I do solemnly swear that I -- no matter how I feel, no matter what the conditions, if there's hurricanes or whatever -- will vote, on or before the 12th for Donald J. Trump for president," Trump recited, as event attendees repeated the words and cheered boisterously with their hands up in unison.

As soon as photos of the massive rally circulated online, social media users were quick to poke fun of the visual as reminiscent of Nazi Germany.

Before continuing onto other topics during his speech, Trump ended his pledge with a fervent warning, "now I know. Don't forget you all raised your hands. You swore. Bad things happen if you don't live up to what you just did."