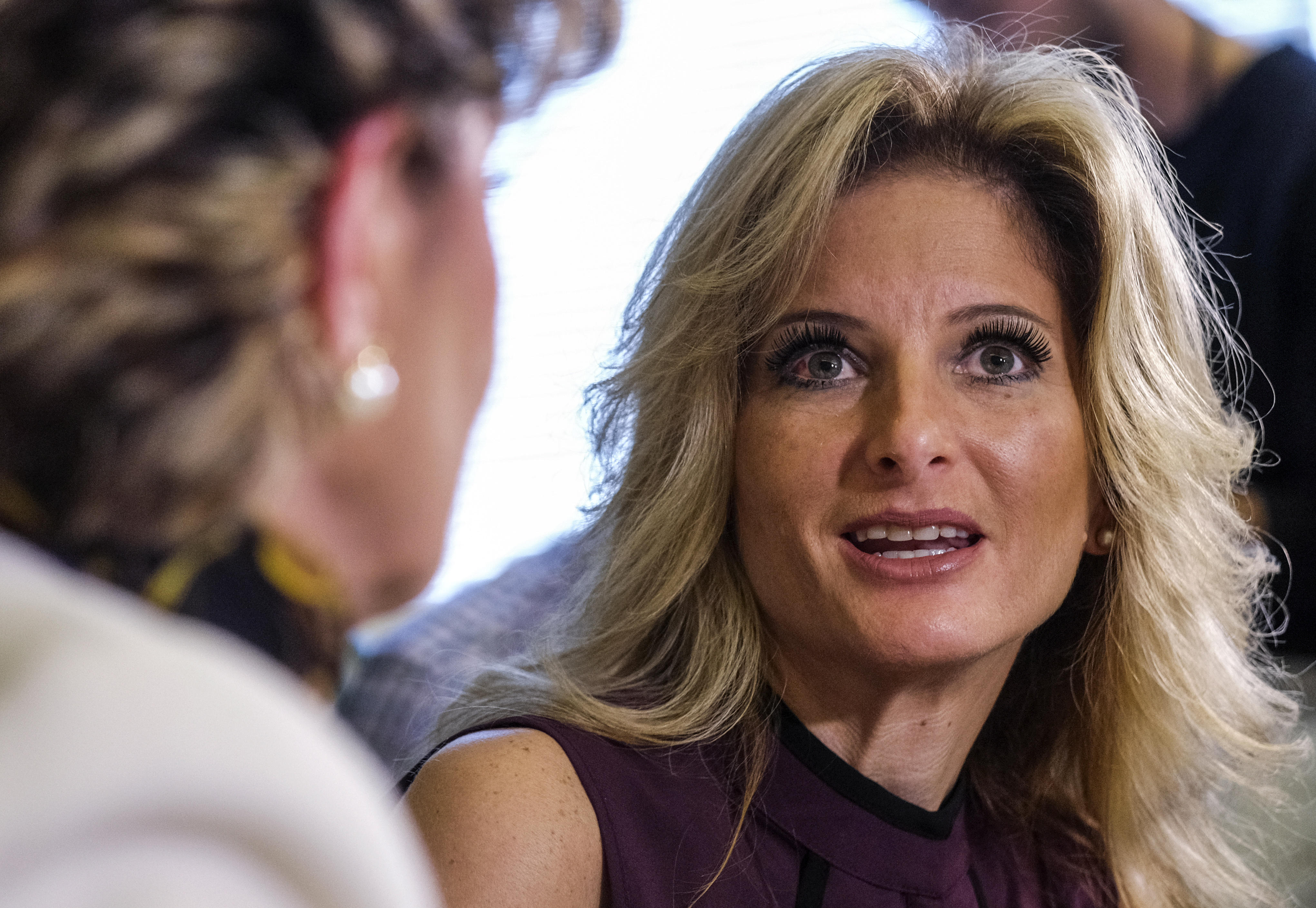 Lawyers for President Donald Trump argued on Tuesday that a defamation lawsuit filed by a former contestant on his reality TV show "The Apprentice" who accused him of unwanted sexual contact should at least be blocked while he's in office because he's too busy and important.

Summer Zervos was a contestant on the show in 2006 and sued the Republican after he dismissed as "fabricated and made-up charges" her claims that he made unwanted sexual contact with her at a Beverly Hills, California, hotel in 2007. Her lawsuit sought an apology and at least $2,914.

Outside court on Tuesday, Zervos thanked her lawyers and said softly: "Justice prevails."

Trump's lawyers argued the U.S. Constitution immunizes him from being sued in state court while he's president and said the case should at least be delayed until he's out of office. The lawyers said their position is supported by a long line of U.S. Supreme Court cases requiring courts to show deference to the president and his schedule.

No president has sought to delay a lawsuit in a state court while in office, the lawyers and the judge said.

But in 1997, the U.S. Supreme Court ruled a sitting president was not immune from civil litigation on something that happened before taking office and was unrelated to the office. The ruling came after Paula Jones filed a sexual harassment lawsuit against President Bill Clinton, husband of Trump's main opponent in the 2016 presidential election, Democrat Hillary Clinton. The case was dismissed by a judge.

A footnote in that ruling, though, should be interpreted as saying state courts don't have the same jurisdiction over the president, Trump lawyer Marc Kasowitz argued.

Judge Jennifer Schecter asked whether the footnote is specific in saying state courts don't have jurisdiction, and Kasowitz said no. But Trump's job is round-the-clock, and he can't be expected to devote time to the court while in office, Kasowitz.

Zervos' attorneys argued that delaying the case would mean witnesses would forget and documents could be destroyed. Attorney Mariann Wang said the court clearly has the power to hear the case.

Wang said Zervos' team would be flexible with the president's schedule and would agree to videotaped depositions if necessary. She said Trump "does not do his job 24 hours a day, seven days a week."

"We can take a deposition down to Mar-a-Lago in between him going to play golf," she said, a jab at Trump's frequent visits to his Florida resort.

The judge said she'd issue a ruling at a later date.

Kasowitz also argued Trump's statements are protected by the First Amendment because it was political speech in the context of a public debate.

In the waning days of the presidential election, Zervos and more than a dozen other women came forward to say Trump had sexually assaulted or harassed them over the years. He denied it.

Zervos said at a press conference in October 2016 that after appearing on Trump's show she asked him for a job. She said they met and he kissed her on the lips and asked for her phone number.

Zervos came forward with her allegations against Trump shortly after publication of an "Access Hollywood" video that featured audio of Trump bragging about how he grabs women's genitals and gets away with it. On the 2005 video, Trump talks about forcing himself on women, kissing them and groping them. Trump apologized for his sexually charged comments after the video emerged.

Zervos filed a lawsuit in January. But since then, accusations of sexual misconduct against media mogul Harvey Weinstein by dozens of women started a tsunami of misconduct claims against powerful men in media, politics, business and the arts. "Today" show host Matt Lauer, PBS host Charlie Rose, comedian Louis C.K. and others have been felled by the accusations. Democratic Rep. John Conyers, of Michigan, resigned on Tuesday.

Zervos' lawyers subpoenaed Trump's campaign, asking to preserve any records concerning Zervos or other women who accused Trump of sexual misconduct. Trump's lawyers have suggested the claims were made up by Zervos' attorney Gloria Allred, who they say was bent on getting "revenge" for his election. Allred, a Democratic activist, says she's had no contact with Hillary Clinton about the lawsuit.

Outside court, Allred said she was confident the case would go forward.

"We just want to say that no man is above the law, including the president of the United States," she said.

Among the exhibits filed in the case: a dozen screenshots of Trump's Twitter pages calling the claims made up.

In October 2017, at a Rose Garden press conference, Trump again skewered the allegations.

"All I can say is it's totally fake news — just fake. It's fake, it's made-up stuff. And it's disgraceful what happens," he said. "That happens in the world of politics."